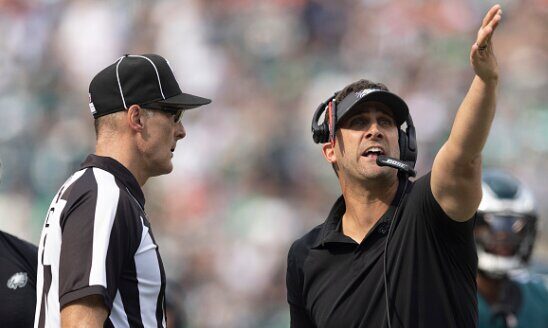 Clean This Up, Nick

Trailing by six with five minutes, 54 seconds left in regulation, an undermanned Eagles team seeking an improbable comeback from down 21 points had suddenly found life. Quarterback Jalen Hurts had just capped a seven-play, 54-yard scoring possession by calling his own number from two yards out, followed by a successful two-point conversion to wide…