The inevitable became reality Wednesday when the Eagles traded embattled wide receiver Jalen Reagor, a 2020 first-round pick who disappointed in his first two seasons and entered his third season buried on the depth chart.

The team sent Reagor to the Minnesota Vikings in exchange for a 2023 conditional fifth-round pick that can become a fourth along with a 2024 seventh-round pick, sources told Inside The Birds, giving the former Texas Christian standout a fresh start after the Eagles had already moved on months earlier by adding at the receiver position. 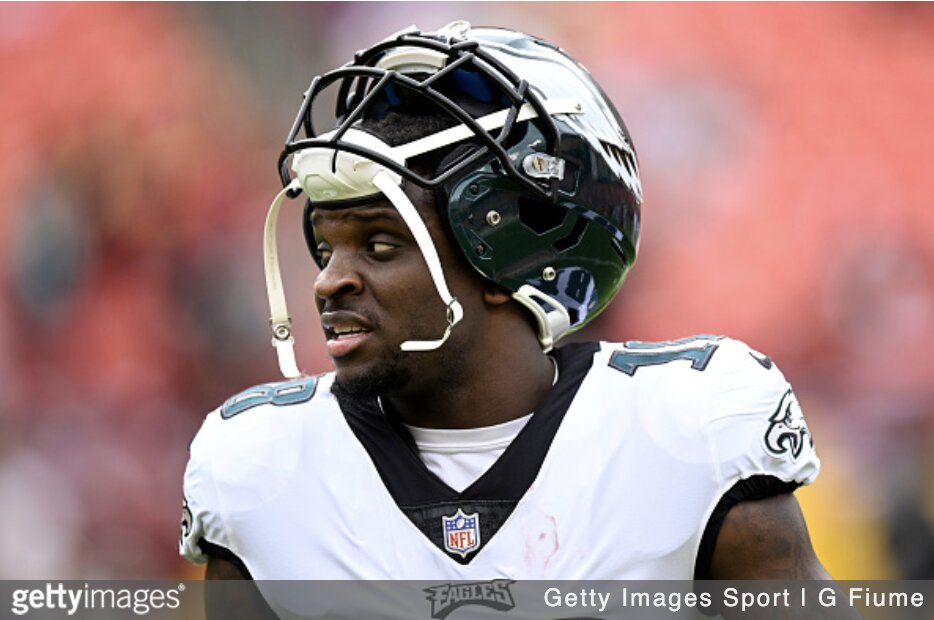 Jalen Reagor will get a fresh start now that the Eagles have traded him.

Several teams called on Reagor going back to Aprils draft but, sources said, and the Vikings needed receiver help.

With the Vikings, Reagor is expected to compete as the fourth receiver and punt returner, per a source. The Vikings recently lost fourth wide receiver Bisi Johnson indefinitely to an ACL injury.

The trade marks the end of a tumultuous two-year run for Reagor in Philadelphia, where his father – former NFL defensive tackle Montae Reagor – played in 2006.  Jalen Reagor finished his Eagles career with just 64 receptions for 695 yards and three receiving touchdowns, along with a 73-yard punt return touchdown.

Drafted out of TCU to inject some speed back into aging, declining Eagles offense – and infamously taken one spot ahead of his now-teammate Justin Jefferson, who has more than 3,000 receiving yards for the Vikings – Reagor suffered a shoulder injury as a rookie in training camp that kept him out several weeks and a broken finger during the regular season that required surgery and sidelined him for five games.

When the Eagles traded for Brown in April, they essentially moved on from Reagor and quickly started getting calls from other teams, multiple sources told Inside The Birds.