The Green Bay Packers are coming to town. While nowhere near the contenders they were expected to be, they still present matchup challenges to an 8-1 Philadelphia Eagles that is struggling without a top offensive weapon.

On the latest episode of the Inside The Birds Podcast, Adam Caplan and Geoff Mosher discussed the latest roster moves and previewed the upcoming Sunday night matchup against the Packers. 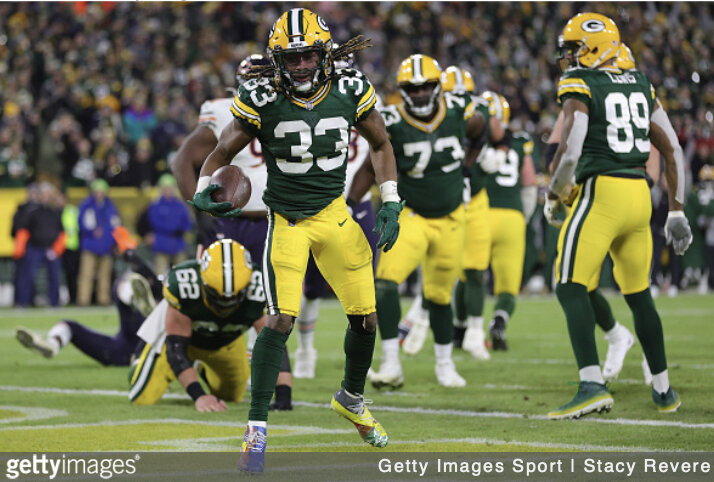 Adam Caplan: “Marcus Brady is coming in. They interviewed him early this week. (Nick) Sirianni has a good relationship with Brady because they worked together when Brady was the QB coach [with the Colts]. I know he got canned by (Frank) Reich, but he was an up and comer. According to Tim McManus’s story, ‘Brady is working with defensive coordinator Jonathan Gannon and his staff, offering perspective as an offensive coach on how he would attack the Eagles defense.’ Teams have done this over the years, not particularly as a consultant. You’ll hear a guy come in as a defensive run game coordinator. His job is to figure out what they’re trying to do to them from a run game standpoint.”

Caplan: “The one thing teams seem to be able to fairly well is run against the Packers with (De’Vondre) Campbell out with a knee injury. They’re a little bit of a finesse defense, they get knocked for that. They’re incredible talented, but they don’t always play up to the level of the talent. Kenny Clark is a terrific, athletic nose tackle, Jarran Reed has always been a pass rushing d-tackle wherever he has been. They’ve got some guys who can rush the passer. They have a decent front, but they’re not a stout run stopping front. I’ll be interested to see what the Eagles do, we know RPOs will be a part of it.”

Caplan: “I would like to see the Eagles do more pre-snap motion. They need to bring that back. To me, it’s the missing link for this offense right now. Find another way to get moving, because their offense simply was not good enough against the Colts. They have to get back to the drawing board. They don’t have Goedert, there’s nothing they can do about that. They have to deal with what they have and they have to do a better job with this personnel.”

Geoff Mosher: “I wonder if, coming off of that last game where Jack Stoll obviously played the most amount of reps at tight end in Dallas Goedert’s place, if there’s not room to get Jack Stoll more production. The tight end screen worked well for Goedert, I know Stoll isn’t the same kind of athlete, but maybe could you get him involved the same way, just to keep the defense honest?”

Mosher: “This is to me the biggest question of the game. Can the Eagles once again be really stout against a pretty good rushing attack? I think this might be an even more diversified rushing attack than what the Colts did with Jonathan Taylor.”

Caplan: “Aaron Jones is incredible out of the backfield. Teams have not really crushed the Eagles out of the backfield, surprisingly. I think the big thing is T.J. Edwards has become so much more comfortable in the pass game. I’ll be interested to see what they do, because that’s one playmaker.”

Mosher: “I think Eagles fans are going to be really upset with Jonathan Gannon for this game. (Christian) Watson has the kind of speed and (Allen) Lazard is tall and makes plays down the field. We know this defensive coordinator does everything he possibly can to prevent getting beat over the top. I think you’re going to see a lot of soft coverage and yards to be gained on the Eagles in the intermediate area. I’ll say Packers 26, Eagles 20.