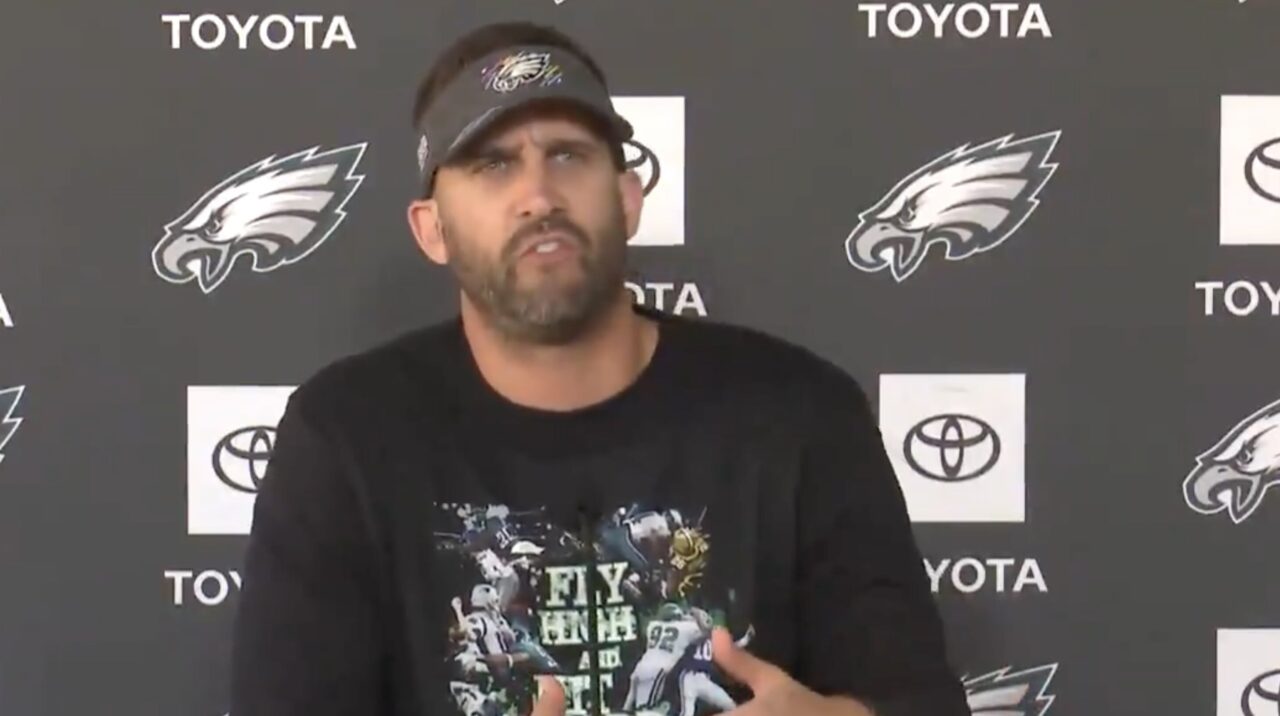 Eagles coach Nick Sirianni said Friday that two major components of his offense who’ve been sidelined recently will be eligible to play against the Raiders on Sunday in Las Vegas.

Sirianni said Pro Bowl right tackle Lane Johnson will start after missing three games because of personal matters related to anxiety and depression. Tight end Dallas Goedert, who missed last Thursday’s game from being on the Reserve/Covid-19 list, is also expected to play, per the head coach.

Both returns should boost an offense that enters Week 7 action ranked 19th in total offense, 20th in scoring offense, and 23rd in passing offense.

Johnson, who was limited earlier this week in practice as a ramp-up technique, will start at right tackle, moving Jordan Mailata back to left tackle and Andre Dillard back to the bench.

“He had a good week of practice and we’ll be expecting him to play and start at right tackle,” Sirianni said.

Goedert did side work Wednesday and Thursday but was listed as out of practice. Still, Sirianni said he expected a “big role” against the Raiders for Goedert, whose role should expand in the aftermath of the Zach Ertz trade to Arizona.

“We feel comfortable with the tight ends behind him that if he has to take a break here and there we can [give them] because Dallas didn’t get some of the reps earlier in the week,” Sirianni added. “We feel confident in the guys behind him that if they had to go in and take those reps that they can go in and execute, but I look forward to Dallas having a big role this weekend.”

In other injury news, veteran safety Anthony Harris didn’t practice Friday and is listed as questionable to play against the Raiders because of hand and groin injuries. Harris had practiced with wraps on his injured hands Thursday after being limited Wednesday. Not until Friday did groin appear as an injury to Harris on the team’s report. Harris and backup guard Jack Anderson are both questionable to play.