From Eagle To Hawk

The Eagles on Monday said goodbye to one of their memorable recent draft misfires, flipping 2019 second-round pick J.J. Arcega-Whiteside to Seattle in exchange for fourth-year defensive back Ugo Amadi.

Arcega-Whiteside, the Stanford product infamously known for being picked ahead of Pro Bowl wide receivers D.K. Metcalf (his new teammate) and Terry McLaurin, had moved to tight end this offseason after three disappointing seasons at wide receiver, but was running with the third string this summer at camp and didn’t play until late in the second half of the preseason opener.

Arcega-Whiteside, taken 57th overall, finished his Eagles career with just 16 receptions for 290 yards and a touchdown in just seven starts and 40 career games. He averaged just a little more than 7 yards per reception. 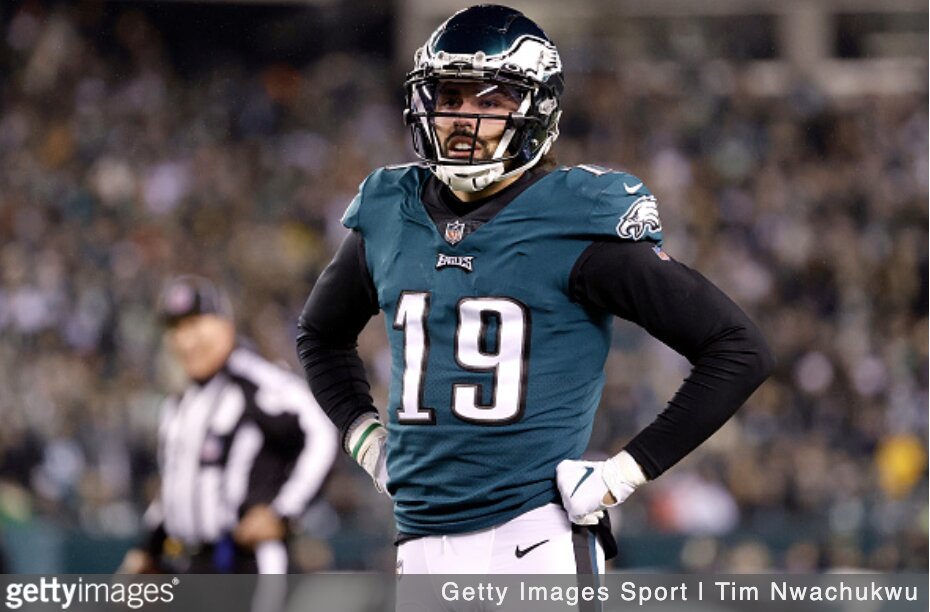 Eagles WR/TE JJ Arcega-Whiteside was traded to Seattle, where he’ll be teammates with DK Metcalf.

The 5-foot-9, 201-pound Amadi, a free safety picked 132nd overall out of Oregon in 2019, played 47 games in his three seasons with Seattle, starting 12 of them. He played more than 50 percent of Seattle’s defensive snaps in each of the past two seasons.

The Eagles needed help at safety, with Marcus Epps and Anthony Harris as the projected starters. Epps is entering his first full year starting and Harris has been just OK. Behind them are Jaquiski Tartt, K’Von Wallace, Josiah Scott, Andre Chachere, Jared Mayden and now Amadi.

Tartt, a newcomer, has been slow to integrate into the defense and was away from the team recently for personal reasons.  Wallace, a disappointing 2020 fourth-round pick, hasn’t played much on defense in his three seasons. Scott is making a strong push to make the roster and just recently started playing some free safety. Chachere is a special-teams standout.