“I Want To See Him Be Explosive”

With the Eagles having clinched an NFC Wild Card spot, how long will Nick Sirianni play starters against Dallas on Saturday – if they even play at all?

On the latest Inside The Birds podcast, Geoff Mosher and Adam Caplan dish on who should play and give the latest on the team’s Covid-19 situation. 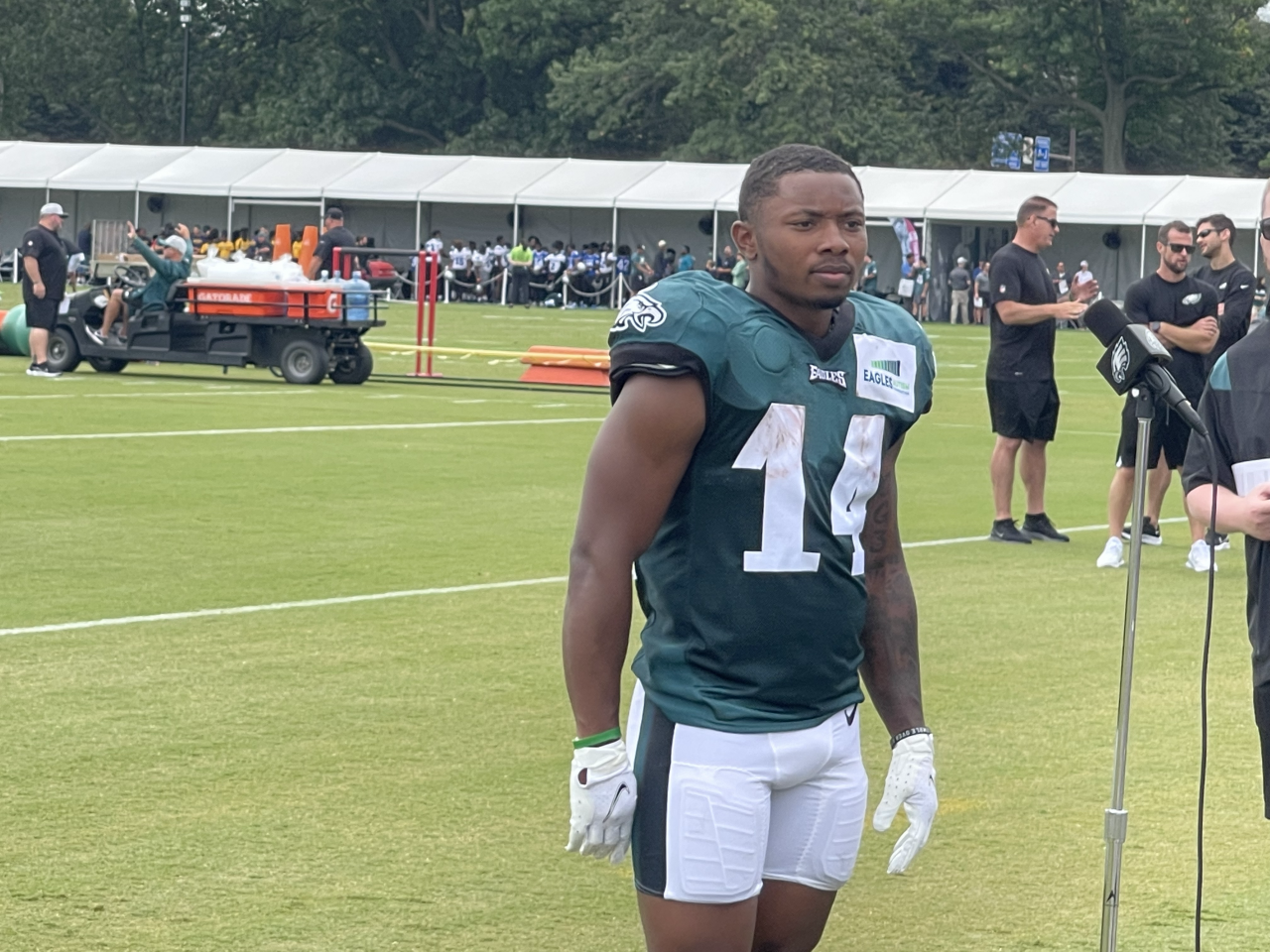 Caplan: “I’m getting [Kenny] Gainwell a lot of playing time in this game. He was the guy who in the first half of the season had a role but in the second half not much of a role. Almost every week the coaches go with just two backs. If [Miles] Sanders is not available, which is highly probable, not definite, but it’s not looking good for him to be ready Week 1 of the playoffs … if he’s not, they need some juice. To me, this is the perfect time to feature him in this game against Dallas. I don’t care who’s playing for Dallas, that’s not the point. The point is I want to see him be explosive. They need juice. You know why they struggled last week? No explosion. No one explosive in the backfield. Boston Scott has good short-area quickness. He doesn’t have the juice that Sanders has and Gainwell has it I think, but I want to see it.”

Geoff Mosher: “The defensive line thing, you kind of get the same questions, do you really want to play Fletcher Cox? Because if you lost him or Javon Hargrave, you’d really be in trouble. But this is one of those areas that we talked about. You can’t just not play your linemen, because you don’t have like five other linemen to go out there and throw onto the field. Although Fletch was also on the Covid list, so we’ll see there.”

Mosher: “What linebackers other than JaCoby Stevens could they potentially put out there? Because [Davion] Taylor is out and you’re probably gonna want to sit [Alex] Singleton and T.J. Edwards after a little bit, so they may have to get creative and play some interesting kind of dime defenses because they’ve got more defensive backs than they do linebackers.”