‘He Wins Every Time’

ITB: Birds Get Top-End WR ... At Expense of Upgrading Secondary

With the NFL draft in the rearview mirror, it’s time to reflect on the Eagles’ new additions, the overall success of the weekend, and the state of the team headed into offseason camps.

On the latest “Inside The Birds” podcast, Geoff Mosher and Adam Caplan discuss each draft pick along with the acquisition of talented receiver A.J. Brown and the uncertain future of some veterans. 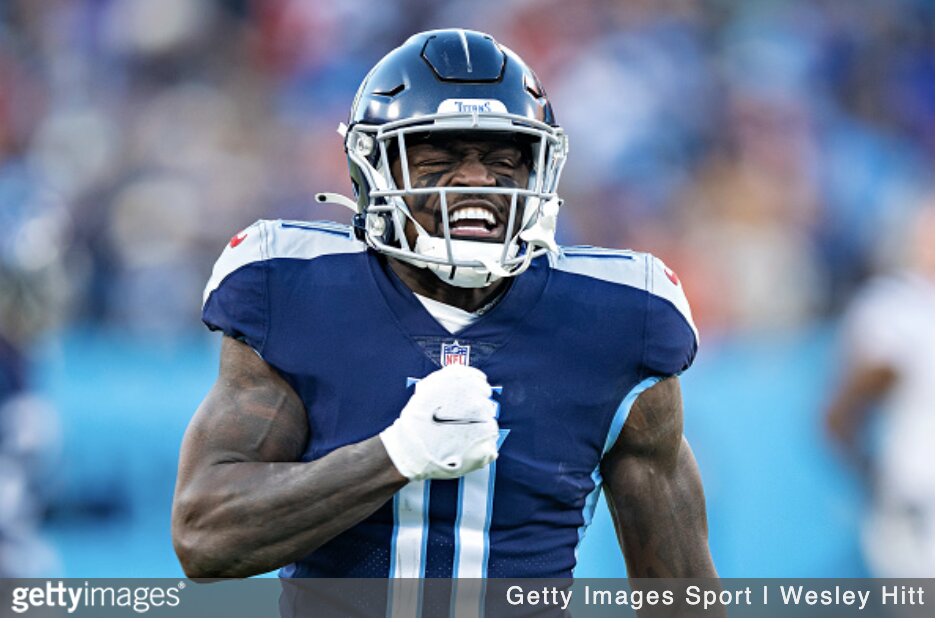 A.J. Brown is already the Eagles’ top playmaker on offense.

Geoff Mosher: “Defense is a game of mathematics. If you got a certain number of guys in the box to stop the run, that’s less you have in coverage – and vice versa. We saw Jonathan Gannon play a lot of 2-deep coverage last year in the first half  of the year, and he got bit in the ass doing it; he got run on. I suspect you’re going to see him try to play a little more 2-deep coverage now when Jordan Davis is in the game against the run because he has the ability to do that. So when you take that safety out of the box and into your defense in your back end, it gives you more coverage. And when you have two safeties deep, it limits explosive plays and and protects your cornerbacks.”

Adam Caplan: “One person told me, a very strong personnel source said Jordan Davis gives you the ability to two gap if you want to two gap, because he’s a wall. He’s just so long you have the ability to be multiple on your fronts however you feel like you want to do it based on your personnel. Then [Jonathan Gannon] could be more matchup specific […] [Mosher] had the note last spring that Gannon really would like to get a nose. Jordan Davis is more than a nose tackle, but he can do that. However you want to shade him, however you want to use him, there’s certain things you can do with him. There’s a multiplicity of this front that you can have, you don’t have to be so stuck on one certain front.”

Mosher: “We’ve talked about their over-obsession with offensive linemen. He’s clearly someone they project to be a replacement for Jason Kelce. The Eagles are going to cross-train him, give him some snaps at guard and believe he has the size to play it, he is over 300 pounds. It’s enough size to play guard, but the fact they’re saying they think he can play guard is a total and complete projection because this man never played a down of guard in college.”

Caplan: “He’s a center who they think can play guard. I talked to two offensive line coaches, they don’t think he can play guard at this level. It’s all what the Eagles think. If they think he can play guard it’s all about Jeff Stoutland. He’s new to playing the offensive line, he’s a former tight end and changed to center. The word I heard gathering info over the weekend was that … he sometimes struggles with traffic. The term is ‘sorting.’ There are sometimes when you go, OK, he needs to see that a little bit better. But this is a pick they were pretty unified in.”

Mosher: Let’s talk about how this second round shaped up. The run started early. Roger McCreary from Auburn was the third pick in the second round. I hear they thought he was more of a nickel. Jalen Pitre, the safety from Baylor, goes two picks later at 37. [Washington corner] Kyler Gordon is a guy I know the Eagles liked, he went 39. Andrew Booth, another guy, he went 42, the corner from Clemson. The Eagles picked at 51. You can say trade up, if you under the the need they had at safety and corner. But here’s the thing: the Eagles gave away their extra third-round pick [to trade for A.J. Brown] and three picks to move up two spots for Jordan Davis. They didn’t have a whole lot to give. They actually wanted to play on Day 3. I can understand at one point why when they got to 51 and Jurgens was clearly best player available … but I could also sit here and say year after year it’s some excuse why they couldn’t get themselves a corner or safety.”

Caplan: “He missed four games last season, that’s why he did not get over 1,000 yards […]. The thing that blows me away with A.J. Brown is he almost runs similar out to every game, and he wins every time. He’s like a rock, you cannot move him. I don’t care how tall the defender is. He’s just so jacked up and he leverages so well, I don’t know if there’s a better leverage receiver in the league. He’s sort of like [Terrell Owens].”

Caplan: “[Dean], according to a Georgia football source, during Kirby Smart’s career and his assistants, the guys who have been there with them forever, is one of the best players on offensive or defense that they’ve had, and one of the best leaders they had. He’s super smart intellectually, unbelievable leadership, incredible tackler. Now here’s an additional nugget which I picked up from a scout who was at the Pro Day – apparently his Pro Day workout was terrible. He had the pectoral injury and here’s the story of the pectoral injury – I didn’t know any of this until over the weekend – but he had a pectoral injury leading up to training for the draft, leading up to the Pro Day. I just know that in scouting this was known and he was not himself at his Pro Day. It might have been average for other guys, but for a special football player like him it just wasn’t good enough.”

Mosher: “I don’t think the Eagles are gonna sign a starting free-agent safety. They might trade for one, but I think that they’re going to bank on Marcus Epps and Anthony Harris as their starters. They have K’Von Wallace as a backup and I can see them signing an older safety as a backup but I would imagine that they’re set right now unless they make a trade … I just don’t know if there’s a good enough safety out there that you sign that’s any better other than Tyrann Mathieu, who I don’t really know that they’re gonna get. I don’t see the sense in it.”