‘He Could Be Here Awhile’

Unsurprisingly, the Eagles traded one of their three first-round picks earlier this week to the New Orleans Saints and will now have two selections on the first day.

On the latest “Inside The Birds” podcast, Geoff Mosher and Adam Caplan explained the trade and outline some scheduled prospect visits along with new contracts. 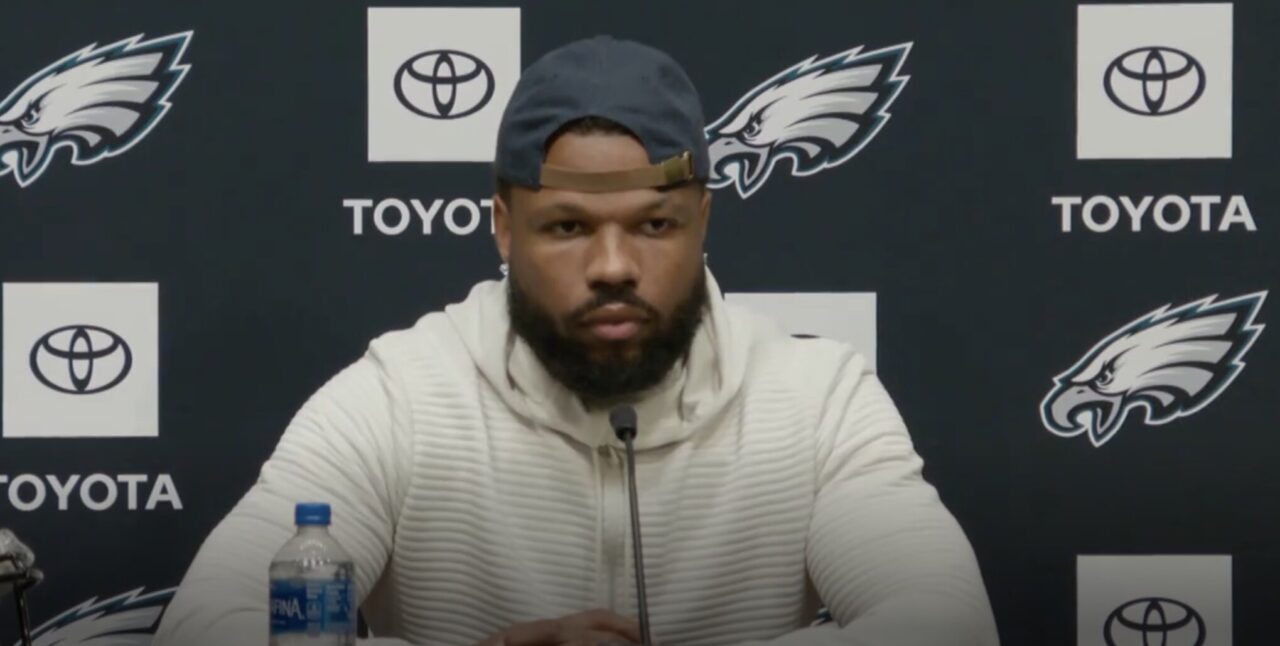 Adam Caplan: “[The Eagles] have 15 and 18 in the first round after this trade. What surprised me so much about that Saints trade is why the Eagles were able to keep the first of the three first rounders, which surprised me. But anyway, they pick 15, 18 And then 51 overall, which is the second-round pick. I would be shocked if one of those three picks is not a corner.”

Geoff Mosher: “Sauce Gardner is a guy that I reported is taking a visit this weekend, I believe, to NovaCare. They’ve shown a lot of pre-draft interest in him. We both know from our separate homework that this guy is not only the top cornerback prospect in the draft, but I was told you can make an argument that he’s the top overall prospect in the draft. By the way, it’s considered a strong draft in certain positions and deep, but not a superstar-laden type of draft […] Do you think it makes sense to package [picks] 15 and 18 to get him?”

Caplan: “Yes, here is why – and I really took this to heart when Bill Polian was explaining this to us. He was talking about how you never pass on an opportunity to get an upgrade. Darius Slay, we can debate what elite means, but he’s really, really good – a very good football player, does turn 32 in January.  So you figure he maybe has two good years left in him […] if you have a chance to get an elite player like Ahmad Garner, you go get him.”

Mosher: “I reported this week that Kayvon Thibodeaux took a visit with the Philadelphia Eagles. He is a defensive end, who is a little bit polarizing. I know some people I spoke to and you spoke to like him but also think that for a D-End, he’s not maybe as explosive or a little bit stiffer than he is kind of agile. I mean, he’s still a good player, he’s probably going to go top 10, he may slip out a little bit. He’s a guy that if he falls out of top 10 out of maybe you trade up from 15 to 12 to get him. Kind of the way the Eagles went from 12 to 10 for DeVonta Smith, where you’re not giving up another first-round pick or something of great significance. But he’s an interesting player, there’s no doubt about it. He’s got great size and length.”

Caplan: Here’s the way it was explained to me by a pretty good source […] They’re going in thinking this is going to be more of a one-year marriage. He’s young, he has put some weight on, I don’t know if he’s 227 or 232, he’s no longer 218, 219. At OTAs we will get his weight but this is a guy that, I’m not saying he’s a reason why they won’t draft a linebacker in the first round, they just don’t do that, they don’t believe in doing that. They’re going in thinking that if he shows he can maximize his chance here, he could be here a while and he’s young enough and he’s from the area.”