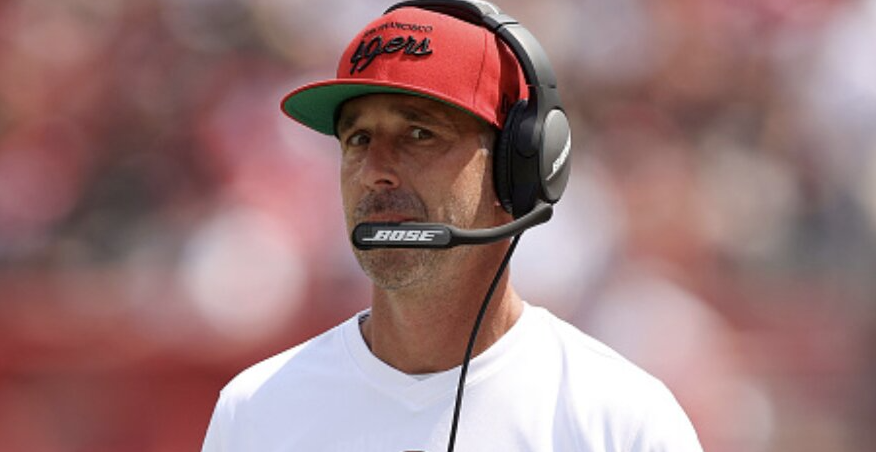 On the heels of a resounding onslaught, the Nick Sirianni-led Eagles look to put the NFL on notice Sunday afternoon in its home-opener against the NFC West-contending San Francisco 49ers.

Two high-powered offenses will take center stage at the sold-out Linc, emerging as the main event of this compelling Week 2 matchup. It’s the expected chess match between the architects of those respective offenses, Sirianni and 49ers head coach Kyle Shanahan, that highlights this game’s slate of storylines.

Interestingly enough, the main event figures to unfold much like a boxing match would, as both head coaches don’t know much about one another.

“I don’t,” Shanahan said at his Wednesday press conference when asked if he knows anything about the Eagles’ first-year coach. “I talked to [Sirianni] on the phone once. Seems like a hell of a guy. I really like how he’s carrying himself and you can tell his team’s playing real hard and they looked real well coached in their first week. I know some players who know him and they speak very highly of him.”

Shanahan and his coaches will be tasked with countering a new-look, innovative offense that included 11, 12 and 13 personnel groupings, RPOs and read option schemes.

Seven different receivers caught a pass, and the newly established rushing tandem of Miles Sanders and rookie Kenny Gainwell combined for 111 rushing yards and a touchdown on 24 carries.

This week, Sirianni and his coaches must devise an elaborate script to keep pace with a multi-faceted 49ers’ offense that can score in bunches. While the running game could take some time to develop against a swarming 49ers front seven that includes Nick Bosa, Arik Armstead, and Fred Warner, there should be opportunities to test the secondary.

While Sirianni’s system is still developing and has yet to be fully revealed, Shanahan was quick to identify areas of noticeable improvement.

“Yeah, you can see some of the places he’s been. I think he started out as a receiver coach with the [Los Angeles] Chargers and I think he really helped [Los Angeles Chargers wide receiver] Keenan Allen out there,” Shanahan said. “Especially talking to Verrett about that. You can see how well-coached their receivers are, which I’m sure he had an impact on. Their offense does a lot of new things, does so many things, but they’re using their skill set very well.”

After racking up 20 yards on his first two carries, Raheem Mostert appeared poised for a breakout seventh season. But that concept lasted all of four plays, as the 29-year-old speedster ultimately suffered a season-ending knee injury.

While third-round rookie Trey Sermon was the subject of much offseason intrigue, the Ohio State product was declared inactive for his first regular-season outing. Instead, JaMycal Hasty and fellow rookie Elijah Mitchell – a sixth-round pick from Louisiana-Lafayette – rounded out the backfield. Mitchell assumed the role of bell-cow, carrying 19 times for 104 yards and a touchdown.

From a sheer numbers standpoint, Sermon will make his NFL debut this week. Sermon’s role, however, remains undetermined. As the 49ers backfield prepares to undergo wholesale changes,  Shanahan acknowledged the challenges of replacing Mostert while also endorsing his likely replacement, Mitchell.

“Anytime you lose a player like Raheem, Raheem’s a captain, one of the best players on our team, so that definitely hurts,” Shanahan said. “As you can see with the way Elijah stepped up when he came in he did a hell of a job. I have a lot of confidence in Hasty to do the same and same with Trey. He’ll get his opportunity now, most likely to be up. So, we have some depth there.

“I think we always have, but I don’t think we’ve gone through a year here where we haven’t used all four of our running backs. So, I hope to not have to do that, but after one we’re down one and hopefully it’s sometime this year, we’ll get Jeff Wilson back, too. But, it’s always that way in the league, especially with running backs, it’s next man up and we expect those guys to not miss a beat.”

From a matchup perspective, 49ers second-year wide receiver Brandon Aiyuk comes under the microscope. A first-round selection merely a year ago, Aiyuk was a virtual non-factor against the Lions, failing to garner a target and playing just 26 snaps despite totaling 60 catches for 748 yards and five touchdowns in 12 games last season.

Aiyuk had been hampered by a hamstring injury since late August, so perhaps Shanahan simply used Week 1 as a preseason-esque ramp-up for his ascending pass-catcher. Adding to the speculation, however, reserve wide receiver Trent Sherfield surprisingly logged 27 snaps and was targeted three times, reeling in two catches for 23 yards and the second touchdown of his four-year career, all while Aiyuk split punt return duties with Mohamed Sanu.

Is it possible that Aiyuk fell from Shanahan’s good graces?

“Not totally,” Shanahan said. “Anytime you do have a setback with a hamstring and you have a guy behind you playing as well as Trent’s played, I know Trent wasn’t a first-round draft pick, so that might not be as obvious with the talent level, but he’s been a hell of a football player since he’s been here.

“Aiyuk’s been a little inconsistent because he’s been in and out with his injury. And that’s what we felt was the best chance for us last week. Aiyuk’s still got a chance to get that spot up and not rotate as much, Trent just doesn’t make that very easy. So, these three days are important in practice, how we balance out our game plan, how we balance out our routes. And I’m happy with Aiyuk. It’s nothing against Aiyuk. I’m just also happy with Trent, too. And I think both of them can continue to get better.”

With the 49ers facing a far more formidable opponent this week in the Eagles, look for Aiyuk to see a much larger snap share in an attempt to stymie an Eagles defense that stood out Week 1.