Cosell: Is Jordan Davis A 3-Down DT?

The Eagles are looking to build their defensive line depth through the draft once again to complement veterans already in place.

On the latest “The Intel with Greg Cosell” on Inside The Birds, NFL Films senior producer Greg Cosell broke down the defensive tackle and edge rusher prospects in this year’s draft to Geoff Mosher and Adam Caplan. 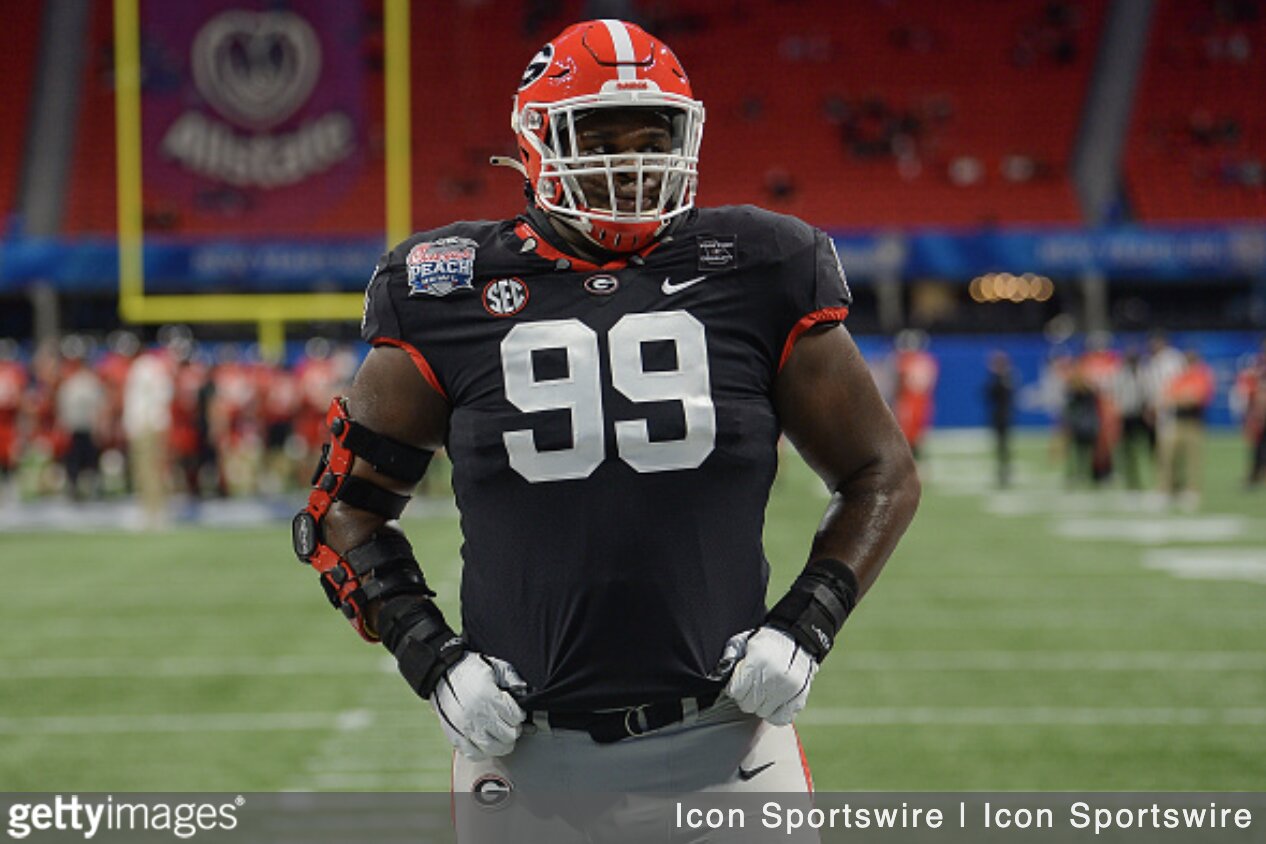 Jordan Davis wasn’t a three-down lineman at Georgia…should he be a first-round pick?

Greg Cosell: “Jordan Davis only played about 20 snaps a game for Georgia this year. Jordan Davis, there is no mystery to Davis. He’s a base defense, defensive tackle which raises a fascinating question, one that is unanswerable. But I love thinking about this stuff. What’s the value of Jordan Davis in today’s NFL if he’s a base defense D-Tackle? Now, there’s also a really important distinction to be made about Jordan Davis – and I think this is absolutely critical in any evaluation of him – there is a difference between strength and power. Those are two different traits. Davis is a strength player, meaning he can control and dominate an area. Power is strength with movement, velocity, force. Davis does not do that well. So he’s a strength player, but not a power player. It’s a really important distinction that people need to be aware of.”

Cosell: “[Boye Mafe] is an interesting player, because he’s an interesting combination of athletic but a little stiff. He’s a really good run defender. He plays the run with commitment, physicality. He knows how to set the edge. He knows how to play off blocks. When he went up against tight ends, he just dominated them. He’s explosive off the ball as a pass rusher, and he could immediately challenge the high side of offensive tackles. But he doesn’t really have a plan at this point of how to rush the quarterback so you didn’t really see moves and counters. So another guy who is tantalizing at times, he shows flashes, but there were too many frustrating pass rush reps where he just got stopped, literally right before he got to the top of the pass rush arc, and he had no answers.”

Cosell: “He lined up on the edge on both sides of the defensive front, took some snaps inside in sub fronts. Stood up at times, put his hand on the ground at times. He had some really fun tape to watch because he had a lot of snaps against North Carolina State left tackle Ikem Ekwonu and he beat Ekwonu a number of times. So, there was some really good tape to watch of him. I liked Johnson. He’s kind of got a wiry body, very sinewy, but he played stronger than what his body type looks like. He’s got really long arms. He’s athletic. I mean, his 10-yard split in the 40-yard dash was better than some receivers. I think Johnson down the road is going to be a really good edge pass rusher. I wouldn’t say that he’s a natural bender but he can bend enough where I think that can continue to improve. He’s a really good run player right now.”

Cosell: “Well, I think Thibodeaux has certain strong traits. I think that his game, he’s got a really quick get-off, he can explode off the ball with initial balance and body control, he’s got a sudden and powerful burst off the ball. He was at his best as a pass rusher when he was first off the ball, which is what you always like your pass rushers to be. I think he’s more of a power player than he is an athletic bender. He’s got powerful, heavy hands, he can rush speed-to-power, but as I mentioned a moment ago, he does not have the desired bend and flexibility. He’s got lower-body stiffness, so he can’t flatten his rush path when he clears the arc. When he clears the high side, the arc as they call it, he can’t flatten his rush path the way you want it to be so he doesn’t have that bend, burst and closing speed to the quarterback. That’s not his game. In some ways, and he weighs less, but he kind of reminded me of Jadeveon Clowney.”