It’s officially time for the next chapter in Eagles postseason history, as first-year coach Nick Sirianni’s team has its matchup for Wild Card weekend.

On the latest Inside The Birds podcast, Geoff Mosher and Adam Caplan discuss takeaways from Week 18 and give early thoughts on the Eagles’ 1 p.m. Sunday showdown against the Buccaneers at Raymond James Stadium. 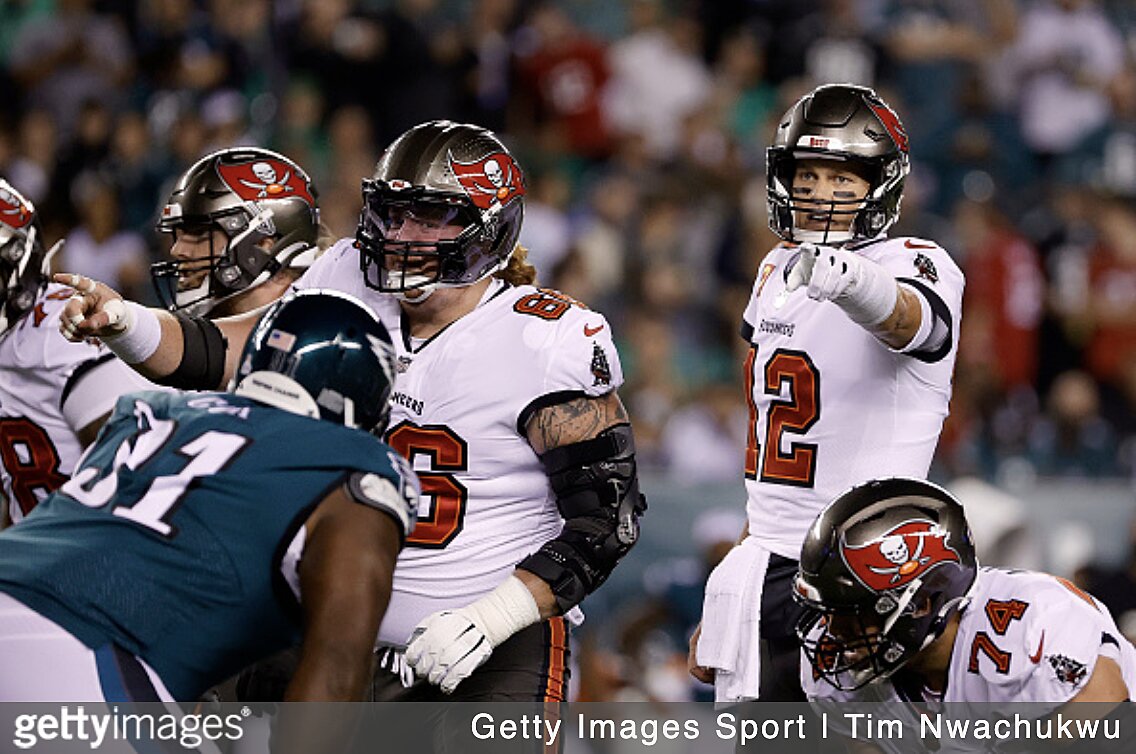 Tom Brady tossed 2 TDs and completed 81 percent of his passes vs. Eagles in Week 6

Adam Caplan: “Everyone jokes that the Eagles are a two-passing target offense. Well, unfortunately the Bucs are, too, because AB [Antonio Brown]  is gone. Never will be coming back. Chris Godwin tore his ACL and he’s on a contract year, he was on a franchise tag. Let’s add some more to the injury stuff. Cyril Grayson, who had been starting, unfortunately suffered a hamstring injury and did not return [against the Panthers] and he’s going to get testing, so we will see.”

Geoff Mosher: “I expect Jonathan [Gannon] to be more into post-snap disguise than into blitzing. So he’s going to try to confuse [Tom] Brady, who’s not a very confusable quarterback. Obviously, it’s very hard, he’s seen everything. I think he’s going to play at least one safety deep, if not two, at times. There’s not too much other than Mike Evans to worry about from an explosive standpoint. So I just think that Tampa Bay is going to be able to move the ball down the field methodically, nickel and dime-ing. When you do that, even when you’re successful, you tend to produce lower-scoring games because it becomes a ball control-style of game. So I don’t see them coming in and throwing the ball all over the field […] The Eagles have just not allowed a lot of explosive passing plays this year because of the style of defense that they play.

Caplan: “The Colts were doing so well for so many weeks. Jonathan Taylor was the man…DeForest Buckner, he had a knee injury, didn’t practice during the week and he was a non-factor. Their defense was awful against Trevor [Lawrence]. Trevor Lawrence had his best game as a pro. He was great and I’ve got to give him credit. But [Carson] Wentz was horrendous. Forcing balls, wasn’t comfortable, did take too many hits. Their offensive line didn’t play well, they were terrible. They were bad and they got what was coming to them. Eagle fans were rejoicing for a better draft pick position.”

Mosher: “They played Brett Toth at center out of nowhere. Center is not a position that you just go play. Look, he had played tackle and then all of a sudden in the preseason game against the Jets he played guard. OK, tackle to guard, that’s tough but not crazy. But you don’t go from being normally a tackle to playing center. You have to have a lot of experience snapping the ball. Where did that come from?”