Coming off a much needed win, the Eagles are looking to make a statement at home Sunday against a talented Los Angeles Chargers team.

On the latest Inside The Birds podcast, Geoff Mosher and Adam Caplan previewed the game and gave picks for the game. They also examine the latest injury and transaction news.

Geoff Mosher: “No, it didn’t work out. Too bad because, to be honest with you, he seemed like a really good dude. Really smart dude, fun to talk to and it just didn’t work out. Not trying to make a defense for him because he really came here with a reputation of not being a great run defender but being good in coverage. He was not good in coverage. So even the part he was supposed to be good at, I don’t think he excelled particularly at, but I will say as we always talk about with coaches, you’ve got to put the players in position to succeed. You knew you were going to play a lot of two-shell defenses. Well you need a big thumper at linebacker to replace the fact that you don’t have an extra safety in the box. He’s not a big thumper. So I’m not sure how the coaching staff realistically expected to perform well against the run.” 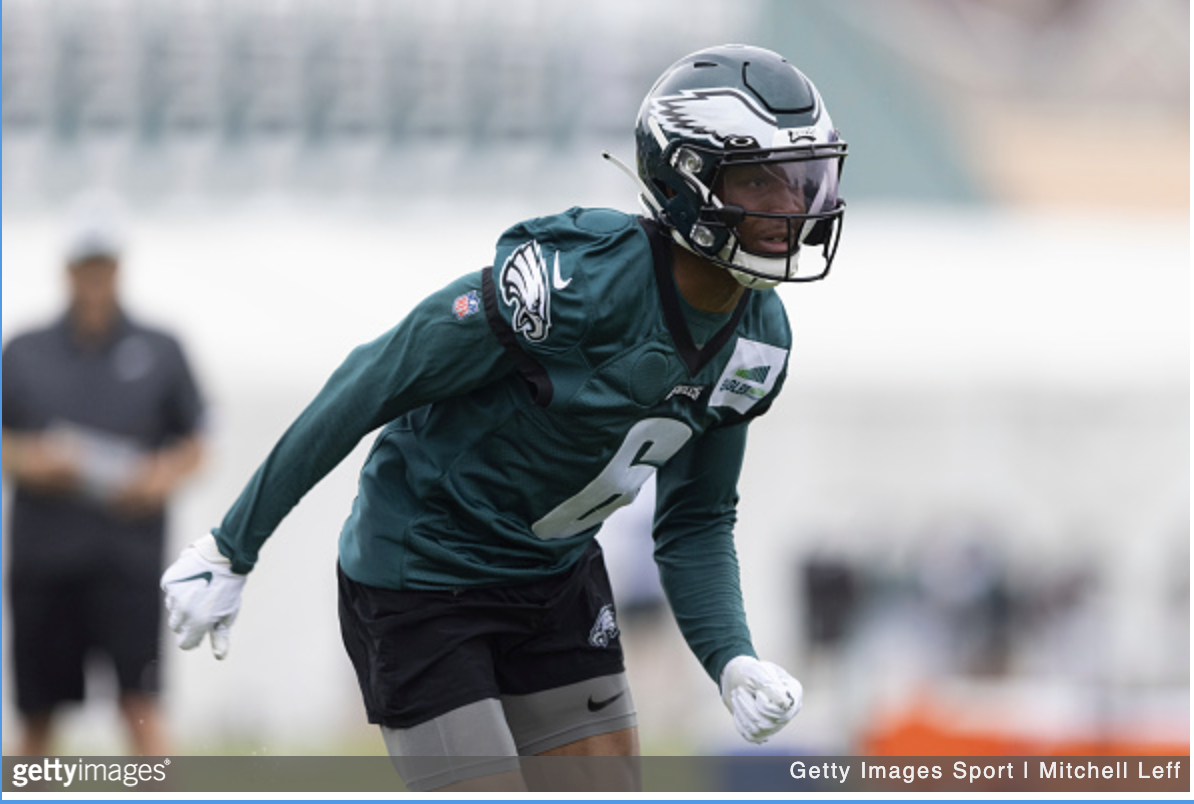 Caplan: “You have to figure the run game will be prominent. You’ve got to move your receivers around a little bit. Particularly if at least one of those corners is out [for the Chargers], there is going to be a favorable matchup for you because the Chargers are really good against the slot [receiver] because they have two guys who can play in the slot.”

Mosher: “If I were concerned about a counter-adjustment made by the Chargers based on what they saw the Eagles do against the Lions. I would be concerned about having T.J. Edwards out there now trying to match up against a guy like Austin Ekeler. Even though T.J. is good in the screen game, but just in general, [against] real routes or just over the middle. The Eagles don’t play a lot of man so you don’t worry about T.J. on Ekeler in a wheel situation, but you can throw the ball to him over the middle of the field, play-action pass, things like that. The Raiders did a good job of that with [Kenyan] Drake. If I see T.J. Edwards out there I’m tempted to be in a run-looking formation, play action and try to throw to expose that matchup. So I wonder if Gannon will already anticipate that and maybe have his nickel defense look more like Alex Singleton and Davion Taylor, because you really don’t have to worry about a downhill-style running game from Ekeler or the Chargers. They don’t have a big back.”

Mosher: “Probably. I think he’s gonna try to see if his front four can get home first. I don’t think he wants to leave [one on one matchups]. Slay vs. Allen, that is a matchup that at times could be difficult because sometimes Slay doesn’t do well with the bigger, physical guys like last year with [DK] Metcalf and with Davante Adams. [Steven] Nelson then would be matched up against Mike Williams and that’s that’s OK because Williams isn’t a speed guy […] I don’t think that you want to leave these guys in 1-on-1 situations because [the Chargers receivers] are good at just making contested catches even if the coverage is there.”