After Six Games, Who Are The Philadelphia Eagles?

With six weeks completed in the 2021 NFL season, ITB hosts Geoff Mosher and Adam Caplan looked at where the Eagles are, and where they’re headed. On the latest Inside The Birds podcast, Mosher and Caplan discussed the offense and defense and observed what’s stood out between those groups this season. 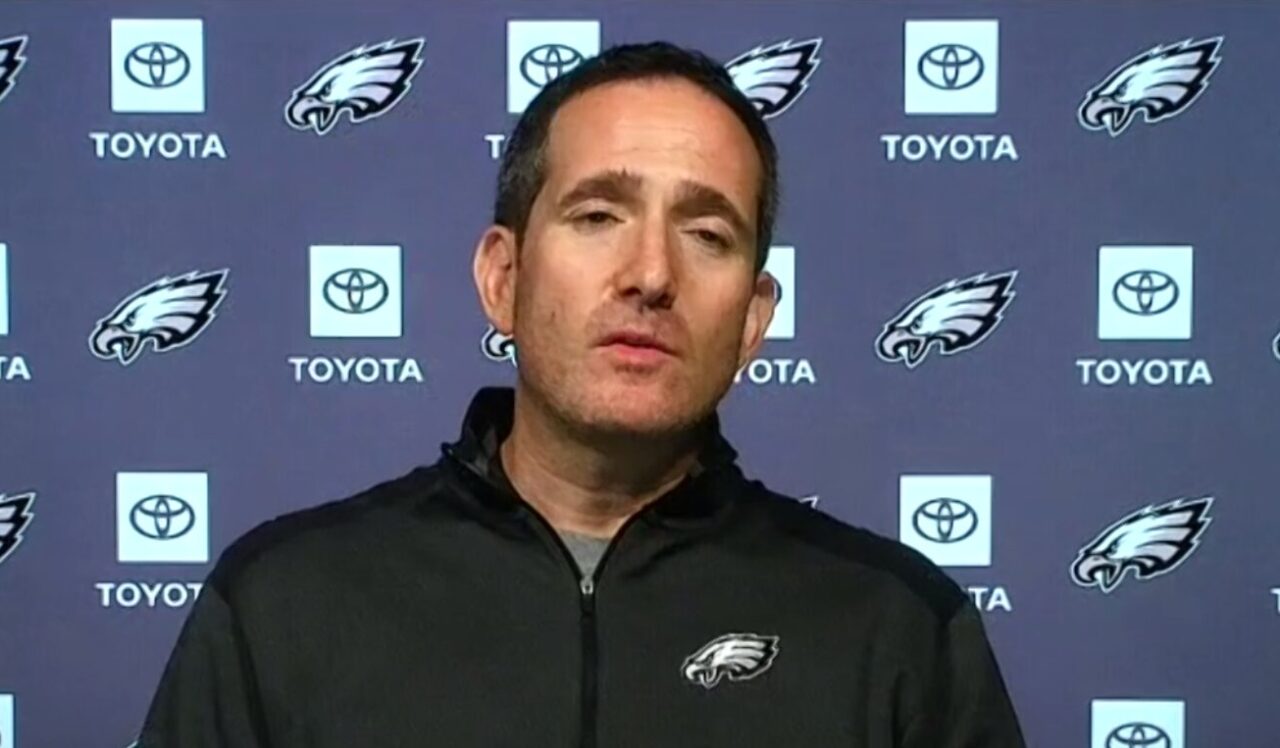 Geoff Mosher: “People are frustrated. People are frustrated with the offense’s one-dimensionality to it. Then of course I think people were really frustrated last few weeks with Jalen missing some open guys, either with his throws or just not seeing who is open, which is probably the biggest thing that he needs to show improvement on over the next however many weeks. Staying in that pocket, making that right read, and not leaving too early — and keeping your eyes up the field is important, too.”

Adam Caplan: “I have more tape stuff that I was given from some good sources around the league. So the footwork, his lower-body mechanics are just not good enough. You’ve got to get your feet on the ground and have a good base and good balance. He’s not rotating his hips well enough. The timing with everything, you were talking about this in spring, how they wanted to work on his release because he’s got an over-the-top release. They want to shorten it up to more of a wind-up, which is hard to do. It’s not going to be easy, you want to shorten it up. He tries to, but it’s certainly an issue.”

Caplan: “We don’t know about the run blocking because the Eagles simply have not run the ball. They’re still the lowest [ranked team] in rushing attempts by running backs by far in the National Football League. I didn’t expect this, I’ll be honest with you. I was way wrong. I think I never even considered that a guy who worked for Frank Reich in Nick Sirianni would abandon the run game. It’s like, is Miles Sanders still on this football team?”

Mosher: “There’s definitely an MIA out for Miles Sanders, where has he been. Think about it: the Eagles are 15th in the NFL in rushing at 113.7 [per game], but take away the scramble yards and that’s going to probably be a whole lot lower. Running back yardage has got to be really, really low for this team.”

Caplan: “I’m just disappointed. I’m not saying [Gannon] can’t do a good job eventually, he’s certainly shown some spurts of, ‘Wow, OK, this guy’s really good.’ He’s also shown [like] the Dallas game. I understand the execution was really bad, but they didn’t carry their zones well, the defensive front scheme was terrible in that game as people around the league told us. I understand you have to guess what a team is going to do, but we are talking about the best quarterback of all time [last game]. I understand people will say, ‘Oh, nothing will work against him,’ but you have to try.”

Mosher: “There’s a softness to what they do on defense that is very, very hard to watch. But I feel like personnel is the biggest issue more than scheme or defensive coordinator. We’re going to be asking that question this offseason: Can this team get him the personnel he needs when they have failed at the same positions for a long time? That’s the question of the offseason.”

Caplan: “Checking with some people around the league who have looked at Philly’s tape. When they run their 3-4, typically teams that run a 3-4 have sizable inside linebackers because you have two inside linebackers, two outside, but at least one of them has gotta be you would hope somewhat of a thumper. Someone who’s physical, who’s got decent size.”