As the Philadelphia Eagles begin their postseason run, the players are ready to get locked in.

On a special edition of “Inside The Birds TV,” Eagles linebacker Nakobe Dean joined Adam Caplan and Geoff Mosher to discuss his rookie season, adjusting to the NFL, and more. 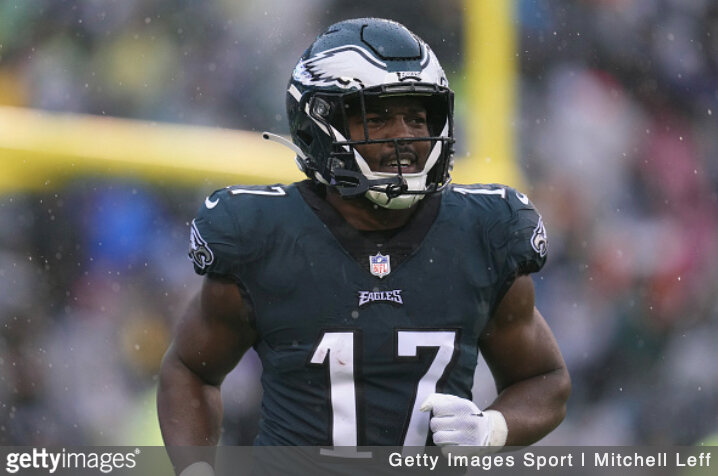 Nakobe Dean: “It’s just staying ready, focusing on yourself as much as what you can do for the team to help us win. Just making sure whatever you do, you just continue to get better day in and day out, no matter what you do, no matter what it is. One thing at a time, just continue to be the best I can be…Of course you want to play. You want to play ball, you love it, you know you can do it at the highest level. It was a learning curve as far as being on special teams all of the time. You just want to do whatever is best for the team to get to where we are and try to spread some of the leadership qualities.”

Dean: “As far as the scheme, it’s different ball, but coverages are coverages. In Georgia when I

was there, we did a lot of man and fire zone and we blitzed a lot too.”

Dean: “NFL practices are 100% easier. In Georgia, we were in pads all season all the way until January. Practices were longer, there were way more physical. You get [to the NFL], it’s a lot more thinking. Of course, the intensity is still the same as far as between the snaps, but it’s way easier in the league physically. Mentally, they’re about the same.”

Dean: “Coach Smart was always ‘rah rah,’ always high intensity with everything he does. Coach Sirianni definitely brings the intensity and the players coach mentality to the table, which makes us like him.”

Dean: “He’s going to call what he calls, no matter what anybody feels about it. He’s going to trust the players to do the right stuff. At the end of the day, he feels like certain calls, if executed the right way, will work.”

Dean: “I see a leader, a playmaker on that field who can play at an elite level at the highest level. Every time we step out there, he’s making the calls and getting everybody lined up. I’ve learned a lot from him throughout the season.”

Dean: “We definitely lean on each other. We’ve been going through it together. Every up, every down, every moment we feel that we need to talk to each other, we call each other. Any time we feel like we’re alone, we have to remember that we’re not. We can talk to each other and get through whatever we’re going through, not only in football, but more outside of football than on the field.”

Dean: “We played them twice. They didn’t play their starters last week, but this is the same offense, not too much is different. Of course it’s the playoffs, so we can probably be expecting more, make some more adjustments. We’ve seen them twice; they’ve been able to see us twice. I feel like they’re going to play their game and coach JG is going to come out there and call our game too.”

Listen to the latest “Inside The Birds TV” featuring Adam Caplan and Geoff Mosher: