Keeping Up With Jones

For the third time this season, the Philadelphia Eagles are set to take on the rival New York Giants, a much-improved team since their first matchup in Week 14.

On the latest episode of the “Inside The Birds” podcast, Adam Caplan and Geoff Mosher gave an early preview of the divisional round matchup and provided updates on the team’s injuries. 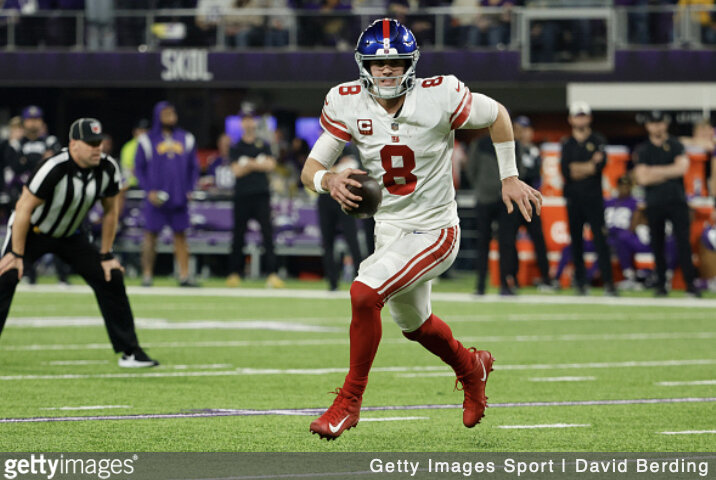 Adam Caplan: “They cannot win a Super Bowl without him running. What he does, it’s just amazing to watch teams react. It’s one of the reasons why (Miles) Sanders has been so good this season is because of Hurts and the run game, because you don’t know where Hurts is going to go with the RPO.”

Caplan: “He got work with trainers on Thursday, got some practice time in on Friday. He’s going to play. The question is how long he will last. Nobody knows that, even he doesn’t know. We know he’s going to have surgery after the Eagles are done playing.”

Geoff Mosher: “He has a tear in the adductor tendon. It was good to see him getting back out there, obviously the rehab he has been doing has been helping. But when we talk to people, it’s not necessarily a pain tolerance issue, the issue is he can get out there, make a move, and that tear could be made worse.”

Caplan: “Hodgins was claimed off of waivers in November. This kid’s a player, he gets open a lot. Mike Kafka does a great job of scheming him open and Mike Groh is coaching receivers there.”

Mosher: “Daniel Jones is the second leading rusher against the Eagles since he entered the league. They know he can run. I was impressed by how they picked and chose when they were going to run him against [the Vikings] defense.”

Caplan: “Jones was tremendous. The thing is he’s not turning the ball over. What I liked in that game at Minnesota was he threw the ball away if he didn’t have it.”

Mosher: “That first touchdown run against the Vikings, he got skinny through the hole, followed his block along the left side, and later he put a little spin move and broke out of a tackle. I thought he ran with better contact balance and vision against the Vikings than I’ve ever seen from him. Now all of a sudden, Barkley is looking like an even better running back than the stats might suggest.”

Caplan: “He is not a guy you grind carries with. He’s not a power back. He’s elusive, explosive. That’s probably why they get Daniel Jones involved.”

Caplan: “Here’s their back end: It’s (Adoree) Jackson, Fabian Moreau, who’s a journeyman, a tall corner who can run but he’s been picked on. Darnay Holmes is a good nickel, they play six DBs almost the entire game. (Xavier) McKinney’s back from the ATV accident with broken fingers, Tony Jefferson, former Raven and Cardinal, and Julian Love who’s a starter, these are the six guys you’re going to see. They don’t hide anything. They change nothing except in terms of blitz percentage and they’re playing more zone than they had earlier, but they play the same players.”