ITB: Lowly Saints Only Barrier Between Birds, No. 1 Seed

The 13-2 Philadelphia Eagles are one win from clinching the top seed in the NFC. Standing in their way are the New Orleans Saints and their talented defense.

On the latest episode of the “Inside The Birds” podcast, Adam Caplan and Geoff Mosher gave injury updates and previewed the Week 17 matchup against the Saints. 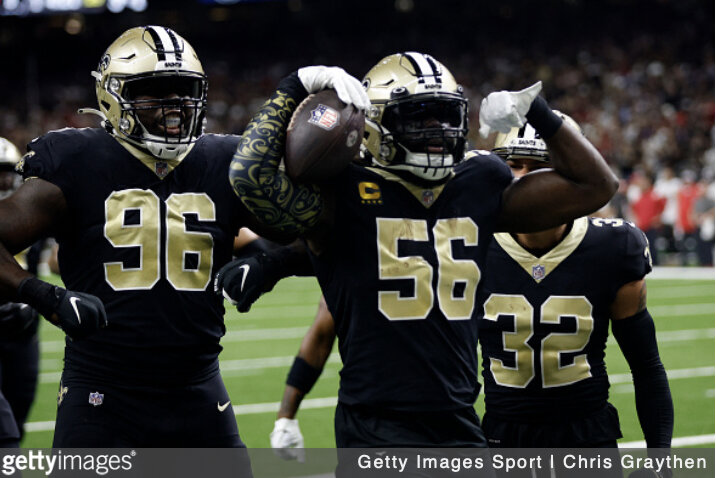 The Saints defense could present a challenge with Demario Davis manning the middle.

Caplan: “We’re trying to learn about what the treatment is. It’s in the muscle core area, but it’s not a sports hernia, it’s in that family so to speak.”

Mosher: “The adductor is a connector between the groin and the inside of your upper leg. It’s a little lower than the sports hernia. I talked to a few people involved with sports about what to expect from Lane when he plays. This thing isn’t going to go away. You can rehab it for three weeks and try to strengthen the muscles around it, but it’s still going to be there. The consensus I got was he can play, but he cannot be everything that he was. It’s not just a pain tolerance thing, there will be certain movements that he will not be able to do or do as quickly and skillfully as he does. You wonder if he can make it through the entire game, because it’s not torn off of the pelvis yet, and that could still happen”

Caplan: “The Saints are real stingy, despite the injuries in the secondary. Honey Badger [Tyrann Mathieu] has done a good job, he’s been a good story for them. Bradley Roby’s their nickel, a Super Bowl winner with the Broncos. They have a great front: David Onyemata’s been a great story of development, Shy Tuttle, the great Cam Jordan. Demario Davis is an absolute stud.”

Mosher: “The Saints front seven will be so happy if they don’t have to see Jalen Hurts because he made them look awful last year from start to finish. He ran on then. Even as good as [Demario] Davis is, he got outran to the edges a couple of times.”

Caplan: “Dalton has had some great games this season, but he’s had some games where he forces it and doesn’t see the field well. They’re reining him in, not letting him throw much, they run the football and limit the dropbacks.”

Caplan: “There’s something very weird with his usage. I can’t put my finger on it with Pete Carmichael calling the plays, it’s not as explosive. Everything is down with him this season. They’re not getting those beautiful wheel routes. I don’t understand.”

Mosher: “I think it was a function of the Drew Brees offense and the symmetry those guys had, especially against blitzes. That’s not the same anymore. I’ve always liked Kamara’s skillset. He’s a powerful runner.”