Some good injury-related news was announced by the Eagles on Wednesday, as the team said it’s opening the 21-day practice window for tight end Dallas Goedert.

The fourth-year pro, who was enjoying a career season before a Week 10 shoulder injury in the Eagles’ 32-21 loss to Washington, spent the last four weeks in Injured Reserve. He’s eligible to play in Sunday’s 1 p.m. game in Chicago against the Bears. 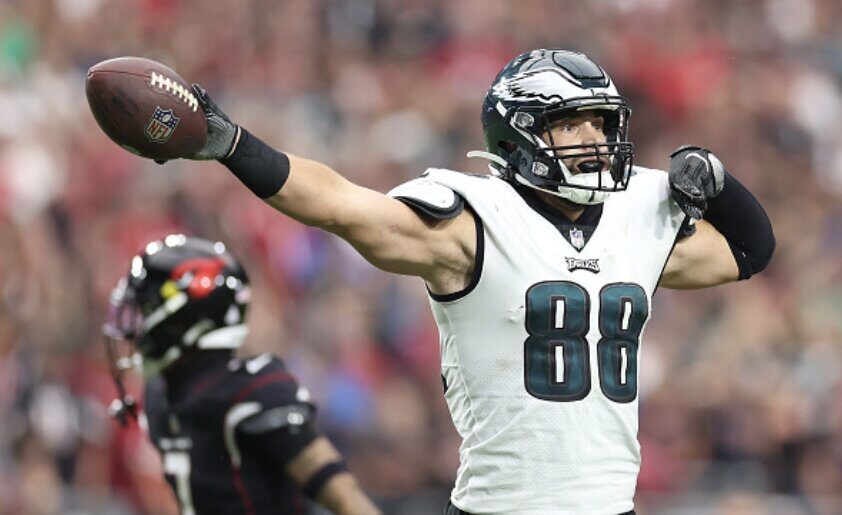 GETTY IMAGES: TE Dallas Goedert has been activated into the 21-day practice window after missing four games with a shoulder injury.

Goedert’s place had been filled by mainly Jack Stoll and rookie Grant Calcaterra, and the Eagles went 4-0 without their top tight end while averaging nearly 38 points per game during the four-game span.

But they’ll happily welcome back their top interior target, who was averaging a season-high 60 receiving yards per game – second on the team – and was on track to eclipse 1,000 receiving yards for the first time of his career before the injury.

Goedert has 43 receptions for 544 yards and three touchdowns. He’s averaging more than 12 yards per reception and more than 10 yards per target.