A week after thrashing the Tennessee Titans, 35-10, the Eagles will look to build on their momentum and put away a reeling divisional opponent with little margin for error.

Following a deflating tie with the Washington Commanders, the resurgent Giants – led by first-year head coach Brian Daboll – will look to overcome its glaring shortcomings and add to the win column. 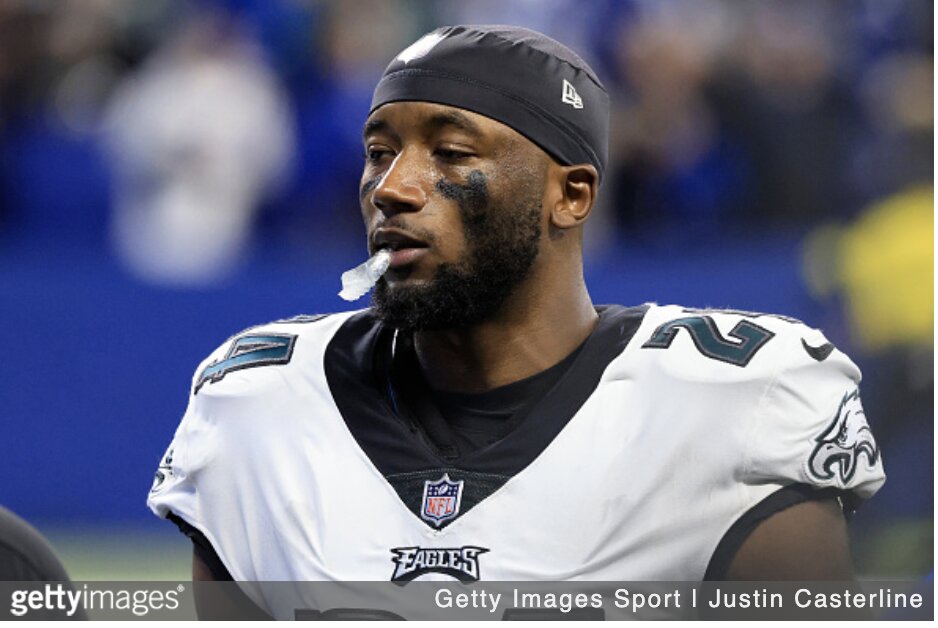 Eagles CB James Bradberry returns to play his old team, the Giants, while having one of his best seasons.

RB Kenny Gainwell: Gainwell saw four targets last week – fourth on the team – just a week after yielding five more carries than Boston Scott in the team’s thrilling 40-33 win over the Green Bay Packers. You may also recall Gainwell’s early impact a week ago against the Titans, taking a short pass over the middle for 14 yards on a 2nd-and-5. With the absence of Dallas Goedert,  and given results after Quez Watkins’ early exit against the Titans, it appears the Eagles have made a concerted effort to involve their 2021 fourth-round pick as a receiver. I anticipate Gainwell’s recent surge to continue against a Giants team in preservation mode. Given defensive coordinator Wink Martindale’s propensity for blitzing, Gainwell represents the ideal outlet receiver to combat the aggression. Given the game script, the second-year pro seems poised to reach pay dirt for the second time in three weeks.

CB James Bradberry: The notoriously even-keeled Bradberry – second in the NFL is passes defended (14) – returns to MetLife Stadium for a homecoming of sorts after spending his past two seasons on the opposing sideline. But with Darius Slay presumably drawing Darius Slayton – the team’s primary passing option — in coverage, Bradberry gives the Eagles a tremendous advantage on the opposite side, likely shadowing Isaiah Hodgins. Hodgins, who will play in just his eighth NFL game since entering the league as a sixth-round pick of the Buffalo Bills, is likely to see to bulk of the targets when the Giants do take to the air, which could set the stage for Bradberry’s first interception since Week 9.

WR Darius Slayton: In terms of a passing game, the Giants are virtually one-dimensional, drawing comparisons to last week’s opponent. Slayton, tied for first on the Giants in pass targets (52) along with running back Saquon Barkley, heads an uninspired New York aerial attack that seemingly becomes more inferior by the day. With Barkley (neck) listed as questionable, the passing game essentially goes through Slayton – who corralled six catches for 90 yards against the Commanders on eight targets – though he’s averaging a mere 51.5 yards per game. However, if there is an area of Slayton’s game that should not be underplayed, it’s his ability to impact the game as a vertical, big-play threat. With an impressive 17.2 yards per reception average entering Sunday’s matchup, the fourth-year wideout will take advantage of any coverage breakdown.

DT Dexter Lawrence: The Eagles answered the bell against a physical opponent a week ago, controlling both sides of scrimmage in dismantling the Titans. The interior wall of Landon Dickerson, Jason Kelce, and Isaac Seumalo – who managed to keep the formidable tandem of Jeffery Simmons and Teair Tartt at bay – will be tasked with slowing Dexter Lawrence, the Giants’ interior mauler who leads the team in sacks (6.0) and quarterback hits (20). The 6-foot-4, 342-pound Lawrence, who produced nine tackles (one for loss), a sack, and two quarterback hits last week in a tie against Washington, likely won’t have his linemate Leonard Williams (neck), who’s doubtful on the injury report. Players with Lawrence’s multifaceted skillset and size typically pose challenges for an otherwise stout offensive line, though the Eagles seemingly won’t have to worry about much else this week.