It’s rivalry week for the Philadelphia Eagles as they are set to take on the New York Giants for the first time this season, a team that has surprised with a 7-4-1 record.

On the latest episode of Inside The Birds, Adam Caplan and Geoff Mosher previewed the Week 14 matchup and gave their final score predictions. 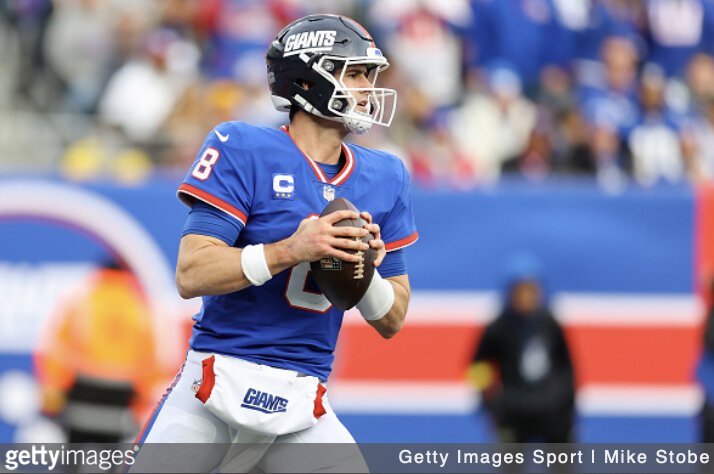 Adam Caplan: “He talked to the media and said he started running on a treadmill last week. Although he feels fine, he doesn’t know whether he’ll be able to play until he went through practice. Let’s put it this way: if he doesn’t play this week, he’s almost certain to play next week, barring any setback.”

Caplan: “Here’s what they are looking at: They have this kid (Zyon) Gilbert who is a practice squad corner, he started last week. If the team has their druthers, (Fabian) Moreau is a fourth corner, not a starter. Tony Jefferson has been around forever, he’s had a lot of injuries. He was added off of their practice squad. Despite that, (Defensive Coordinator) ‘Wink’ Don Martindale went with a ton of DBs last week. This is a game where, if the weather holds up, I’m coming out throwing.”

Mosher: “Wink Martindale does what he does. The Giants are the leading team in blitz percentage in the NFL. They blitz more than anybody and, even with all of these injuries in the secondary, they play the most amount of man defense. You look at the Eagles numbers against man this year, it’s hard not to think the Eagles can pick their poison this year because the Giants are also bad at run defense too.”

Caplan: “According to someone who has worked with Wink, the first thing he brings up in their personnel meeting is ‘how do they break down protections?’. Wink starts by finding the weak link on the offensive line, maybe they think it’s (Jordan) Mailata because he’s new to football.”

Mosher: “The people I have spoken to feel like they are very creative, and you can attribute this to both Mike Kafka, their offensive coordinator and playcaller, and Brian Daboll. The Titans ran the ball up the middle, that’s what they tried to against the Eagles, and the Eagles knew it was coming. You saw what the Packers did with their two running backs, they had diversity to their running game: outside zone, inside zone, isos, delays, traps. That’s what you more so see with the Giants run game. They don’t just hand the ball off and try to do inside zone all day, they’re a lot more diversified.”

Mosher: “His completion percentage is up and his interceptions are way down. This offense has definitely been better for him. Everything’s up for him, he just doesn’t have a ton of touchdowns. But he is running and the Eagles are a team he has ran on in the past.”

Caplan: “If I’m the Eagles, I’m going to play this offense like I played the Titans: see if you can throw the football against us, because you’re not going to run it. I know Jones has great straight-line speed, just make sure you have him identified. I want Daniel Jones to [try to] beat me with his arm. If he can do it, so be it, but he shouldn’t be able to do it…He’s frustrating because he has a good really arm, he’s tall, has good size, has talent. He’ll take a shot and it’ll be tentative.”

Mosher: “I am going to take the Eagles winning 27-13. The only reason I’m picking it to be that close is because the rain might interfere and because of the weirdness when these two teams play each other.”