Following their first loss, and heading into Sunday’s matchup against the Indianapolis Colts, the Philadelphia Eagles will look different due to injury and free-agent pickups.

On the latest episode of the “Inside The Birds” podcast, Adam Caplan and Geoff Mosher dished intel on the latest major transactions and previewed the upcoming Colts matchup. 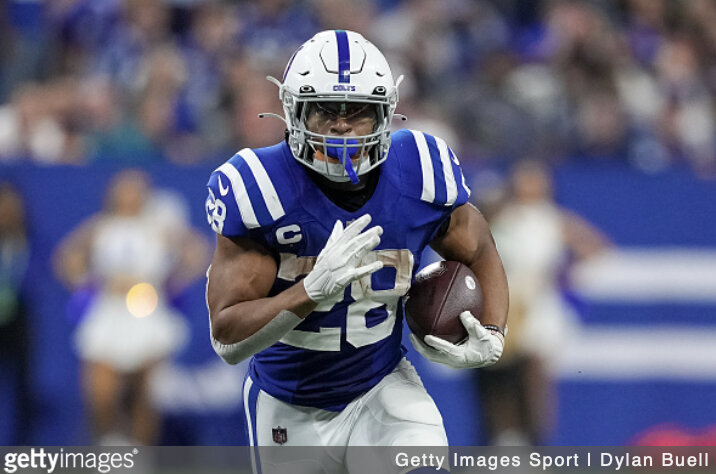 Jonathan Taylor presents one of the toughest challenges yet for a struggling Eagles run defense.

Geoff Mosher: “These are two guys who have played in the league for quite a while. They have been excellent at what they do, but these are also guys who have not played for any teams this year. Linval Joseph is a nose tackle. He is what they were missing from Jordan Davis. He lines up over the center, he is a space eater. He was drafted by the Giants, but it was really when he went to the Vikings and played under Mike Zimmer’s system that he came into his own and made two Pro Bowls. He’s obviously there to give them what they were missing from Jordan Davis.”

Adam Caplan: “Suh is really a 3-technique. Here’s the way I see this: they have two fronts. They play their nickel front and their base front. In their base, when they think Joseph is ready, he is a supreme run-stopper when he’s right physically. He’s an older player, just turned 34. Suh would be a 3-technique in this scheme, maybe to back up Cox. Let’s say for argument’s sake that Joseph plays this Sunday. Well, Jonathan Taylor is coming. He looked great against the Raiders. Maybe Joseph can give them 15-20 plays in base. Who knows what these guys have left in the tank. Neither of these guys have been in a practice since January.”

Caplan: “I remember talking to the Seahawks in his first or second year. They thought he was going to be a stud. Multiple major knee injuries, there was a point where they weren’t sure how long he would be able to play. He just kept getting hurt so they gave up on them. It’s one of these situations where you just take a shot, let’s see how healthy he is. He’s a big safety. He was a second-round pick in 2019 with the Seahawks. This kid has a lot of talent, he’s only 25 years old, see how healthy he is. It’s hard to develop safeties in this league. The Eagles did a great job with (Marcus) Epps and you can never have enough depth.”

Caplan: “Here’s the way I see it: (Grant) Calcaterra will be their move tight end. The only issue with him is he’s not really strong physically, but we’re told he has some of the best hands on the team, so he’ll play more snaps. (Jack) Stoll can run the tight end screens, not as good as (Dallas) Goedert, but he can do it. And then we’ll see if Tyree Jackson is ready or not. They’re going to learn a lot about Jack Stoll here – not the way they wanted to learn about him, but they’re going to see if he can handle more work as a pass catcher.”

Mosher: “I think the big question that will linger during the game is how does the Eagles offense look conceptually without Dallas Goedert, because he’s such an instrumental part of not just catching passes, but their RPO game because he can sit there and be a blocker or he can pretend like he’s a blocker and be a receiver. He can block and catch in the screen game. I don’t know if people truly understand how much of the offense is built around Dallas Goedert even if the ball isn’t going to him.”

Caplan: “You’re going to see a lot of Jonathan Taylor. What we were told is the Eagles got gashed on double teams. Runs on first down that should have been negative or zero yards became four or five yards. The Colts see this, and Jonathan Taylor is way more talented than Antonio Gibson and Brian Robinson.”

Mosher: “The blueprint is written. The Colts are trying to run and Jonathan Taylor is now healthy. He looked great last game. I know people are thinking, ‘We have Linval Joseph now,’ but remember, Jordan Davis could only play about 20-some-odd snaps a game. Linval Joseph, if he is going to play, is probably only going to be able to give you certain snaps, and if he comes out then once again you don’t have a true nose…I’m going to go ahead and say the Colts have run well against better run defenses than the Eagles have. You have to think they’re going to try ride the run for as much as they can.”

Mosher: “I think we would both agree that the Eagles have a superior 53-man roster. They are better team than the Colts. However, they don’t have one of their best players, Dallas Goedert, so that changes what they do offensively. They don’t have Avonte Maddox again, don’t have Marlon Tuipulotu, still don’t have Davis, so they’re not the best that they can be – and the Colts appear to have Jonathan Taylor healthy and that’s a big feather in their cap. I have some concerns, but I’m going to pick the Eagles to win a close game. I’m going to give them 24 points and I’m going to give the Colts 20 points.”