With the Philadelphia Eagles losing their first game of the season, the team’s weaknesses are starting to come to the forefront.

On the latest episode of the “Inside The Birds” podcast, Adam Caplan and Geoff Mosher gave injury updates and observations from the All-22 film. 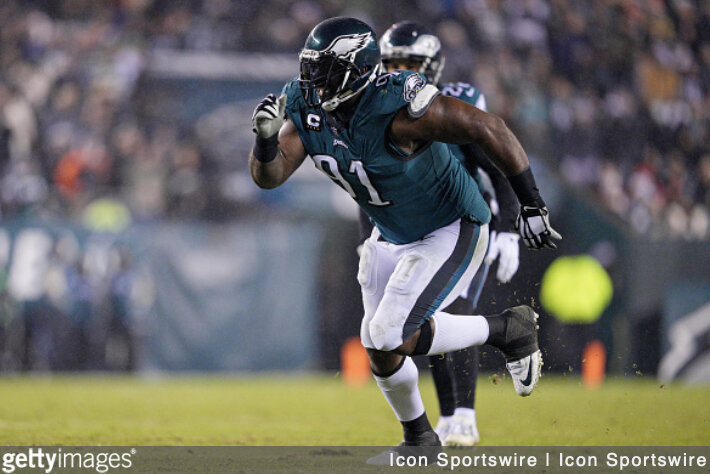 Geoff Mosher: “Obviously, the offense will take a big hit without Dallas Goedert, depending on how long he’s going to be out. What you’re really looking at is Jack Stoll becoming your number one tight end, and Jack can do some good things. The good thing about it is when you’re in 11 personnel, Jack can block and catch. The difference is he’s not nearly the explosive athlete that Goedert is and he doesn’t give you that presence downfield or run after the catch that you would get from Goedert. And then Grant Calcaterra is your number two tight end, he is really just a receiving tight end.”

Adam Caplan: “Calcaterra is just a move tight end. He really can’t block anyone at this point. He’s a guy whose career was unfortunately derailed due to concussions, but he’s super athletic. Stoll is a little bit better of an athlete than people give him credit for…Goedert is such a stud and he’s a great blocker too. Really right now he’s a top-five tight end. This is devastating to their pass game. We don’t know about A.J. Brown right now if he’s going to be limited in this game coming up here. We know Dallas Goedert is definitely not playing. This changes everything. The coaches are going to be challenged here.”

Caplan: “The A.J. Brown injury changed the whole focus of everything they do. He takes away double teams, he protects (DeVonta) Smith because he takes those tough routes over the middle, 9-routes down the field where he gets the contested balls. He played, as you saw, but he was so limited to what he can do. He just wasn’t himself.”

Caplan: “If you look at the scheme they’re running, which is more or less Vic Fangio’s scheme, if you went through 40 players that Vic coached, it’s very hard to find great pass rushers as down linemen for him. They were there to blow the run up as two gap penetrators and then you have the stand-up pass rushers. Fletcher Cox and Javon Hargrave are very good pass rushers, but are they really good fits for this scheme?”

Mosher: “I think it’s a very fair question. We talked to a lot of people about this. I was on the phone with someone who’s very familiar with Eagles personnel and their tape. We had a really long conversation about the scheme that they’ve been playing since the start of last year and the deficiencies that they have showed against the run. At the end of the day, you’re playing a five-man front, so that gives you three interior linemen. One of them plays over the center. You basically have three linemen for four gaps. It means the guy playing nose tackle – which is Jordan Davis when he’s healthy – that guy has to play two gaps really well, but they don’t have anyone who can play two gaps that well, other than Jordan Davis. The Commanders clearly took aim at that. They ran most of their plays up the gut…Javon Hargrave and Fletcher Cox have stopped the run before, there’s no excuse for them not to be doing their jobs. If they just did better, then they can probably do a better job of overcoming something like you saw on Monday night.”

Mosher: “The question becomes what can Jonathan Gannon do? He cannot snap his fingers and make these guys into 320-pound run stuffers overnight. It was said to me that the way to combat what they’re doing wrong is to do line movement up front, slanting. It’s a way for defensive linemen to shoot into their gaps a certain way that you don’t let the offensive linemen get up on you and double team and it funnels the run back to the edges where your linebackers are better off making tackles moving side-to-side.”

Caplan: “They played so much zone and they got hit on Cover 2. This was the first game they had some bad breakdowns. This stuff will be way better going forward.”

Mosher: “It’s tough for them when the run’s coming right at them. The d-line has to keep them clean and we just didn’t see that enough.”