The Philadelphia Eagles are set to face a very different Washington Commanders team than the one they handled back in Week 3.

On the latest episode of the Inside The Birds podcast, Adam Caplan and Geoff Mosher previewed the upcoming Monday night matchup and gave their predictions. 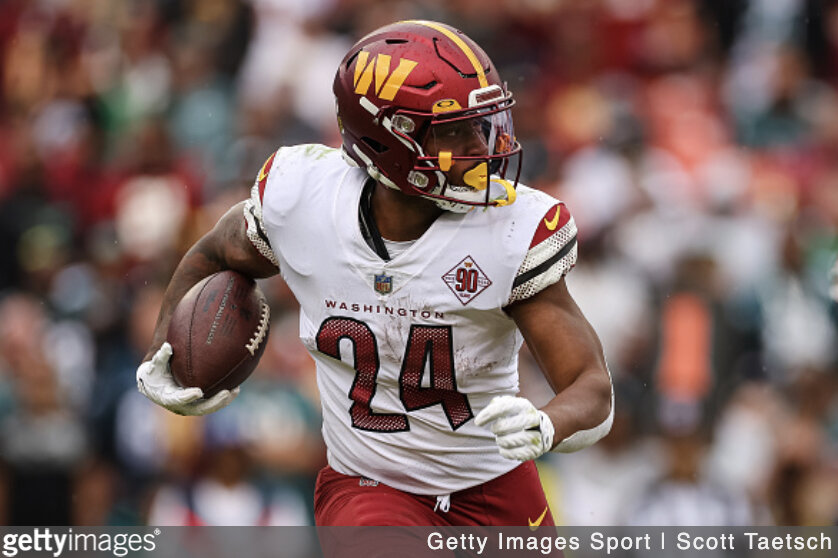 Adam Caplan: “They have completely changed. They are going to a lot of what the Eagles are doing. Ron Rivera, give him credit. They have gone to a matchup zone. It’s called the take system. ‘I take them to this zone, I hand it off,’ and that’s what they’re doing. They’re playing a 51 and 52 front. I give Jack Del Rio credit. This is not what he has run in his career.”

Caplan: “They are unbelievably stout and athletic. You rarely find a line that’s both. When they do their job like they’re taught and don’t freelance, they are really difficult to move.”

Geoff Mosher: “They do a ton of line games: twisting, stunting, athletic movements. Jack Del Rio basically has two blitzes – from someone who has been watching them on tape told me – and we saw it in the first game. Out of their 5-2 formation, they’ll run a ‘Mike Fire’ blitz where they’ll bring the middle linebacker. They also run a lot of ‘Double A Gap’ blitzes. But it’s all predicated off of movement up front. Don’t be surprised if you see a lot of first-down pressure from Washington.”

Mosher: “The person who has been watching their tape told me St.-Juste is playing really well. He played well against the Eagles in that [first] game, there were a couple of plays where Devonta Smith just took the ball. He’s a big, physical corner and he plays well.”

Caplan: “It is really bad. I know (Taylor) Heinicke helps because he gets rid of the football better. Chase Roullier, their center, is out. Tyler Larsen, who was with their group in Carolina, is their backup center. Wes Schweitzer is out on IR with a concussion. Trai Turner should not be starting. Sam Cosmi was their starting right tackle. He broke his thumb, he then came back, then he had an illness last week so Cornelius Lucas started and Cosmi came off the bench. I don’t know what they’re going to do this week, I assume Lucas will start.”

Mosher: “They did bench Trai Turner for three and a half games and then put him back in the starting lineup for some reason. I guess they felt their backup, Saahdiq Charles, wasn’t even better.”

Caplan: “They’re finally moving him around this year. I think part of it is just because Jahan Dotson hasn’t played in a while, so he kind of has to.”

Caplan: “Gibson is now a complementary player. He has been very effective in the pass game, not really in the run game, but it works with (Curtis) Samuel as a changeup in the run game and (Brian) Robinson being their lead back. Gibson is more comfortable.”

Mosher: “I think he’s more comfortable not having to be the bell cow. He’s a good changeup…I think the guy that could hurt the Eagles, just based on the way the Eagles play defense, would be Gibson as a receiver, a guy who can catch off play action, he can get you on some screens, he can attack the edges on some quick stuff if they want to put him as a number three on some trips and get some blockers up front. That’s sort of the area of a zone that gets exposed when you’re playing the 5-1 or the 5-2, because then it forces (Haason) Reddick or (Josh) Sweat into coverage.”