The Philadelphia Eagles  capitalized on matchups and overcame inconsistent play in the trenches when they scored a 29-17 road victory over the Houston Texans.

On the latest episode of the Inside The Birds podcast, Adam Caplan and Geoff Mosher discussed the latest injury and transactional news and reviewed the All-22 film from last Thursday’s win. 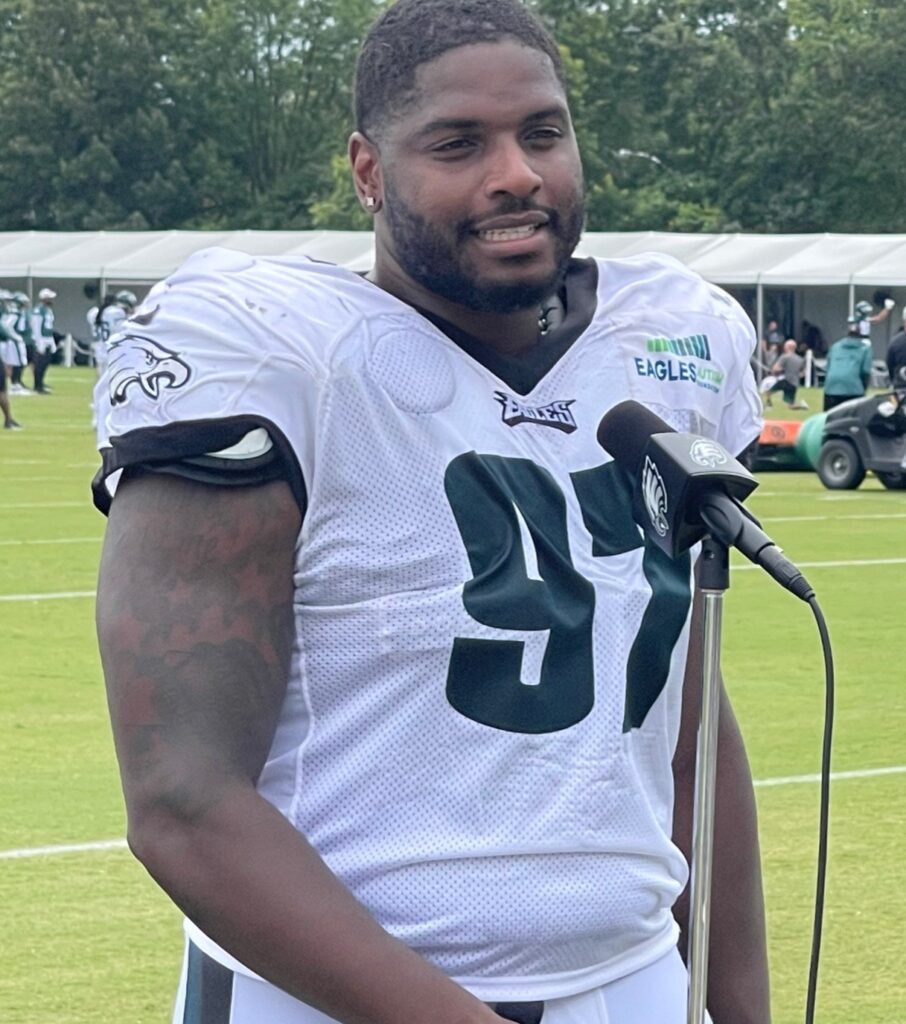 ITB Photo: DT Javon Hargrave has five sacks in his past two games, including three vs. the Texans

Geoff Mosher: “It’s a significant severe high ankle sprain, there’s probably some other things going on in there so they have to see how it reacts over the next few weeks. They’re hoping that it heals fast and he’ll be able to get back into the practice window when ready, but I don’t know if they can definitively say that will be the case.”

Adam Caplan: “Formerly of the Bengals and the Buccaneers, this is a good guy. Le’Raven Clark went to the Titans [from Eagles practice squad]. If you look at the practice squad who have experience, they don’t have a lot of them…he can probably play both tackle spots and he’s played guard. This gives you insurance.”

Caplan: “The Eagles got the expected coverage holes in Cover 2. Coaches will tell you the Cover 3 and 2 beaters are the tight end down the seam, because you can beat the hole player. Typically, if you have an athletic tight end like Goedert, he should win, and he won. Even though he had eight or nine targets, he literally could have had 15. He was open repeatedly. They just couldn’t cover him.”

Mosher: “Some issues there in pass protection, (Jordan) Mailata gave up two sacks, but also Houston blitzed a little bit more than they normally do. It wasn’t a high number, but a high number for them.”

Caplan: “This continues to be a problem during games occasionally where the defensive line does not clean up the linebackers. What happens is in this 5-1 front, you should be able to clean them up so the linebackers can come downhill and shut this down for a three-yard gain. There were too many five-to-nine-yard gains this game.”

Mosher: “This is one of the times where you break down a run defense and you don’t blame the linebackers. The part is either the defensive line getting pushed back and not occupying their gaps, and that happens when they’re trying to get upfield too much sometimes and not playing the run. When they get pushed back, it’s really hard for the linebackers to get into the gaps because they literally have the linemen coming back into them, and so the running back gets into the second level because of that. Where the real extra breakdowns happen is that the secondary did not show a whole lot of want-to and desire to make tackles. Marcus Epps usually has the want-to, he didn’t do a great job, and C.J. Gardner Johnson, I think you can sometimes question the want-to with him.”

Caplan: “It wasn’t just the three individual sacks, he got other pressures. The thing he has to do, he has to use his lower body against the run because he has unbelievably strong legs for being a short, squatty guy. He can get upfield and he can muscle. The last two games, he’s been on fire. He’s playing exceptional levels versus the pass.”