So, naturally, when punter Arryn Siposs booted a 46-yard punt headed for the goal line late into the third quarter of Sunday’s 35-13 dismantling of the Pittsburgh Steelers, McPhearson sprang into action.

Exhibiting shrewd awareness and innate intangibles, the second-year cornerback got two hands on the football before his momentum carried him into the end zone.

McPhearson’s efforts preserved Siposs’ precision punt, ensuring the ball remained in the field of play and forcing a hapless Steelers offense to set up shop at the 1-yard line.

“We was going rugby,” McPhearson explained after the game. “You know, down a punt inside the five, that’s the main goal. I kind of got a bad release, but I was able to see the ball – running down, it kind of got lost in the sun a little bit – and I was like, ‘Damn, I’m kind of far away.’ So, it was like a chase.

“I had to really get over there and get to it. I made sure my two feet was in, dove, smacked it back – I was kind of mad in mid-air because I was like, ‘Damn, I didn’t smack it hard enough.’ I was like, ‘It’s about to come back in the end zone.’ Then out of nowhere, he picked it up.” 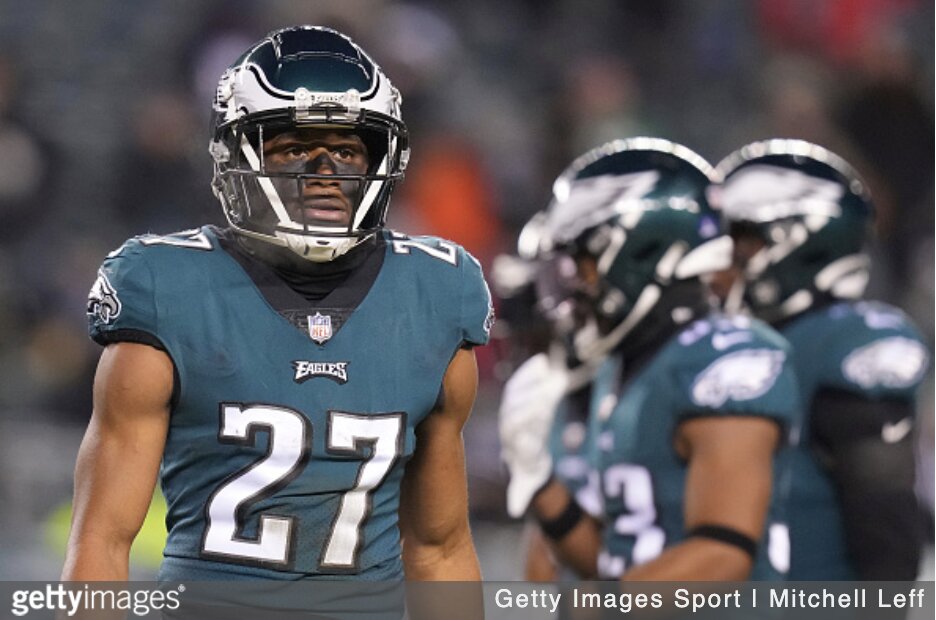 While the Eagles’ special teams have collectively underperformed, McPhearson’s heads-up play served as yet another reminder of how vital he is to team’s third phase. Aside from his goal line heroics, McPhearson also logged a team-high two special teams tackles against the Steelers.

Although Clay’s unit continues to struggle with blocking assignments, costly penalties, inefficiency in the return game, and overall execution – teams have successfully converted two fake punts for first downs in three games – McPhearson’s evolution as a leader is evident.

“Me personally, I just tell the guys – especially the gunners every week – let’s do what we gotta do to hold our part and hold our weight on this team,” McPhearson said. “Let’s not be the one that withers. Let’s be the unit on the team where we can make plays and raise some momentum, and I feel like we do that every game; we bring some momentum to both sides of the ball.

“It’s just one of those things, man. It’s gonna pay off when it pays off. Whether it’s now or later, in the playoffs, hopefully Super Bowl. You name it. It’s gonna come when it comes and it’s gonna mean a lot.”

Within 23 games of his young career, McPhearson has established himself as one of the league’s top gunners, often a thankless job on game day that requires toughness, savvy, and high-level football intelligence to determine field position.

When not learning from his coaches or veteran teammates, McPhearson honed his skills by studying some of the NFL’s elite at his position, including Saints defensive back J.T. Gray and Patriots 10-time Pro Bowler Matthew Slater.

Despite the team’s perfect start, the inconsistency on special teams remains among the most primary concerns for the undefeated Eagles seven games into the season.

The coverage units have been vulnerable, while rookie punt returner Britain Covey is averaging just 6.5 yards per return – he’s also muffed two – and Siposs ranks 31st in the NFL in yards per punt (45.9).

But while Clay’s unit might appear underprepared and at times rudderless, McPhearson has taken his coordinator’s message to heart, placing the onus on the players to execute their assignments.

“Finish and details,” McPhearson said regarding Clay’s message to the group. “I mean, Coach Clay and all them, they give us everything we need. Everything that happens on the field, I put that on us as players.

In spite of the increased scrutiny, Clay has sculpted a unit capable of withstanding injury in all its facets. The unit boasts a host of selfless, eager, and prideful young players determined to make their mark in the league, and if a replacement is thrust into an unfamiliar role, it’s fulfilled without hindrance.

“Well, we cross-train,” McPhearson explained. “So, whatever goes on on that side of the ball, we’re interchangeable. That’s what I like about it. That’s what Clay does. We all can move around to different positions.

“So, everybody’s on the same page on the exterior. Just doing our release, sticking with it, and get down field, whether it’s gunner, or kickoff, or punt return. Just stick with it. I trust in everybody, so it ain’t no downfall when somebody else is up.

“Josiah [Scott] went down today, [and] K’Von [Wallace] went out there. That was the first time that K’Von was at gunner in I don’t know how long – I think his whole career.”

Having an impassioned, unrelenting leader like McPhearson at the helm of the Eagles’ third phase is crucial to the unit’s resurgence and long-term outlook. Naturally, it only took McPhearson a moment to identify an area in which he could improve when asked.

“Probably just on kickoff returns,” McPhearson replied. “Bringing that same energy I bring on the other units to that kickoff return. Not that I take it off, but I need to bring more of an aggression. I’m already aggressive, but there’s times I feel like I could finish players. And I don’t like letting them have the easy way out. I like finishing them and taking their soul from them.”