Facing a mobile offense and an aggressive blitz heavy defense, the Philadelphia Eagles still pulled off the 20-17 victory against the Arizona Cardinals.

On the latest episode of the Inside The Birds podcast, Adam Caplan and Geoff Mosher delivered sourced All-22 review from the latest win and provided injury updates. 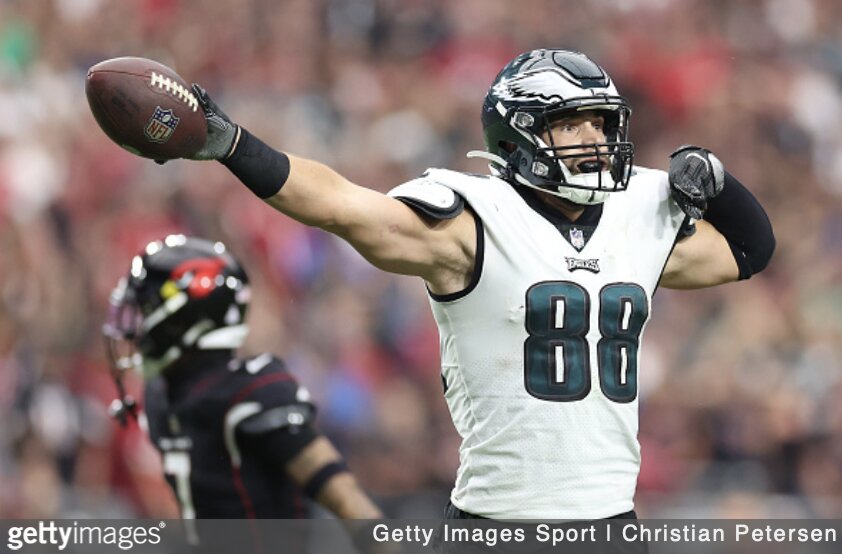 Adam Caplan: “He started practicing last week. The forearm is healed. It’s strictly conditioning, as Nick Sirianni talked about. We’ll see if his conditioning is good enough this week.”

Geoff Mosher: “If Dillard is healthy and can be activated to the 53, I would assume he gets the start over Jack Driscoll if (Jordan) Mailata can’t go, because Dillard is a natural left tackle, but I think when you look at this matchup against the Cowboys, I think you’re uncomfortable either way, because Dillard has not played a whole lot and Jack Driscoll is not meant to play left tackle. Either one is going to be tasked with having to block Micah Parsons, and that’s not a fun evening for either one of those guys.”

Mosher: “He still was feeling discomfort in his shoulder. Now remember, the MRI came back clean, so if it didn’t come back clean and he had a procedure, it would be easier to say, ‘He’ll be out X to X weeks,’ because there’s usually a timetable involved. He still was feeling discomfort and pain in that shoulder and it was to the extent that I was told he would have to really recover well this week to be able to play against Dallas.”

Caplan: “He was passable. The issue he has, we were told by multiple people, is his anchor is not great. He’s not strong enough, at times it shows up. He’s not really built for left tackle, he’s not a great athlete, he’s a better than average athlete. What he is, is that he’s so smart and he’s coached so well. He didn’t embarrass himself, but you don’t want him starting more than one or two games.”

Caplan: “A couple of guys that we talked to said Hurts started to miss guys that were open. There were some plays where he rushed himself a little bit because they were relentlessly blitzing. It’s a shame they did not build off of that 14-point lead where it looked like they were going to smoke them, because they were so aggressive, not only with the screens but with the shot plays down the field.”

Mosher: “I think this staff does a great job of manufacturing touches for him. The tight end screen is a great weapon, even more so than the wide receiver screen. It’s easier to get the ball to the tight end because he’s in-line and the Eagles run so well [the defense] often they think he’s just a run blocker because he’s so good at it, and it’s just an easy toss from Jalen Hurts to Goedert with the blocking set up for him.”

Caplan: “This is what one guy gave me: he said this dude’s got rare traits that you cannot teach and you can’t find. He’s getting in better shape, he’s moving better. You’re starting to see this kid come on. He’s had back to back good games, last game was his best.”

Caplan: “Here’s what he did: quasi spy, blitzer, on tight ends. Philly does a phenomenal job of using him correctly.”

Mosher: “We were asked a lot in the last 24 hours what we think about using him as a spy. Just from what I was able to see, it didn’t look like he was what someone would always say is a spy. It felt like he had the ability to spy Kyler Murray out of the structure of the zone defense that they play, where if the route doesn’t get carried to him, then he’s got the QB in front of him to look at.”