The Philadelphia Eagles aren’t the only team with questions entering the 2022 NFL season.

On the latest edition of the Inside the Birds podcast, Adam Caplan and Geoff Mosher dive into Caplan’s intel from his annual NFL training camp tour of more than a dozen other teams. 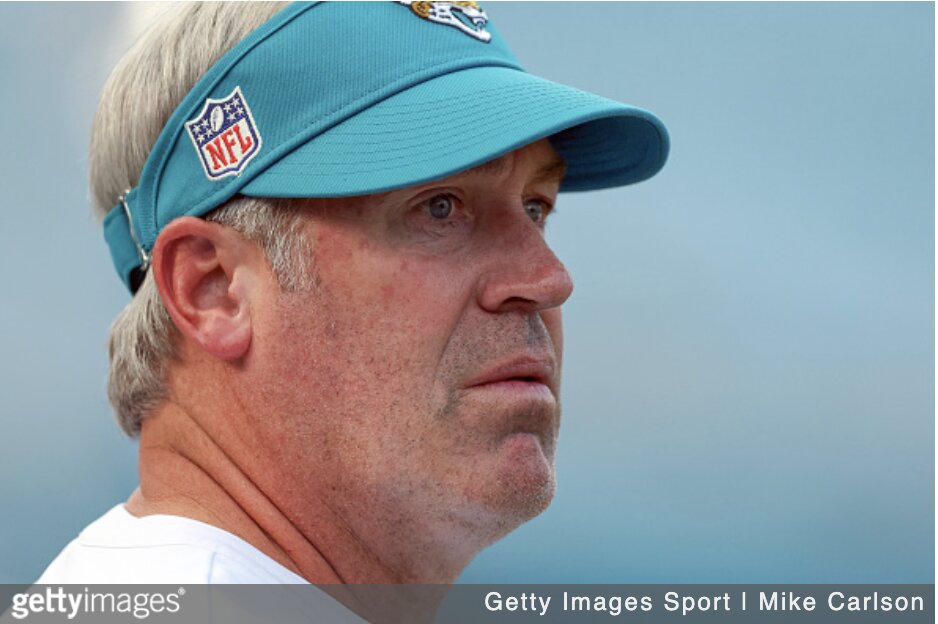 Adam Caplan: “They like their receiver core. The problem is [Kenny] Golladay and getting him through. He was very sore in training camp, was beat up physically last season. He is on an enormous contract. And then Kadarius Toney is just hurt a lot. He’s immensely talented, he just can’t stay on the field…The big story for them is Wan’dale Robinson, the second rounder out of Kentucky. He’s really explosive. With Golladay, Toney, and [Sterling] Sheperd’s injury history, he’s probably going to play more than he normally would as a backup receiver.”

Caplan: “From the practice I was at, it was a typical Wentz-ian practice. First half [Carson Wentz] was horrendous with accuracy. He’s got that over-stride where his feet were so spread apart and it caused everything to sail on him. Terry McLaurin could be wide open, [the ball goes] in front of him way out of bounds. Then the second half of this practice, he was phenomenal. He had a bomb to Marken Michel, a beautiful pass and he threw dimes after dimes. This is the problem with Wentz: you just don’t know what you’re getting because of the footwork.”

Geoff Mosher: “I think it’s going to be a really good year for [Jahan] Dotson. I was hearing that his chemistry with Carson was probably the best among all of the receivers in camp.”

Caplan: “I will never doubt [Tom] Brady. If anyone can mentally handle turmoil and all of this stuff in his life, it would be him. They’re running the same offense under [coordinator] Byron Leftwich, who will be a head coach someday. [Leonard] Fournette’s back, they love Rachaad White, who will wind up being his backup at some point this season. The big issue is the interior offensive line. They’re going to have a brand new center, Robert Hainsey, who from talking to them, they think is tough and smart, but he’s not very athletic. You do worry about more athletic interior defensive linemen going against him. Luke Godeke, their second rounder, is going to be their left guard. They traded for Shaq Mason from the Patriots. But they literally have no depth at all right now of any consequence. This would worry me. Tom Brady is a guy that, when D-line is at your feet, he can’t move.”

Caplan: “Their roster is even better than last year, but the elephant in the room is the quarterback. The day I was there was apparently typical of Trey Lance: so up and down with his accuracy. He has a high carriage point and the ball comes out high with a lot of juice. He’s got enormous arm strength. I find it fascinating that they felt compelled to bring [Jimmy] Garoppolo back because that was not their thinking at the start of training camp, but Nate Sudfeld did not do well.”

Caplan: “The big issue is obviously offensively because [Bill] Belichick – and I have a ton of respect for him and I rarely criticize the guy – this is the dumbest thing he’s ever done with Matt Patricia as the likely [offensive] play caller over with assistance from Joe Judge. Judge has at least coached receivers before. When you’re trying to develop a young quarterback, Mac Jones in his second year, why would you do this when you had your pick of coaches who are not working with teams this year?”

Mosher: “There’s certainly a lot of talent there, both on offense and defense. They got some D-line talent, we saw Jalean Phillips, he’s becoming a pretty good player, so they can rush the passer. They’re a well-balanced team.”

Caplan: “The issue for them is their once-again reshaped offensive line. They made a lot of changes. They completely failed drafting and developing here. The former staff couldn’t get anyone to stay where they should be. They gave up on trying to make Austin Jackson their left tackle, they signed Terron Armstead – who’s really good but he’s hurt a lot.”

Caplan: “Not only are they glad Urban Meyer’s not the head coach, I would say there’s probably a little bit of residual effect in terms of what Meyer did to that organization. It was bad. They’ve revamped their receiver core with Christian Kirk and Zay Jones. It’s not a great offensive line, it has underachieved for years and they kind of blew it up a little. Doug [Pederson] is going to run the same offense before [Dallas] Goedert was drafted in Philly. It’s going to be heavy 11 personnel and spread. Evan Engram is the slot tight end, Travis Etienne will be their spread running back, it’s perfect for what Doug wants.”

Caplan: “Defensively, they are completely reshaped. They are going to have five new starters. Brandon Staley calls their defense and he wanted to get bigger size.”