After spending last week with the Cleveland Browns in joint practices and a preseason game, the Philadelphia Eagles are starting to get more clarity about their roster.

On the latest edition of the Inside the Birds podcast, Adam Caplan and Geoff Mosher gave observations from joint practices and also discussed standouts from the Eagles’ 24-21 preseason win over the Browns. 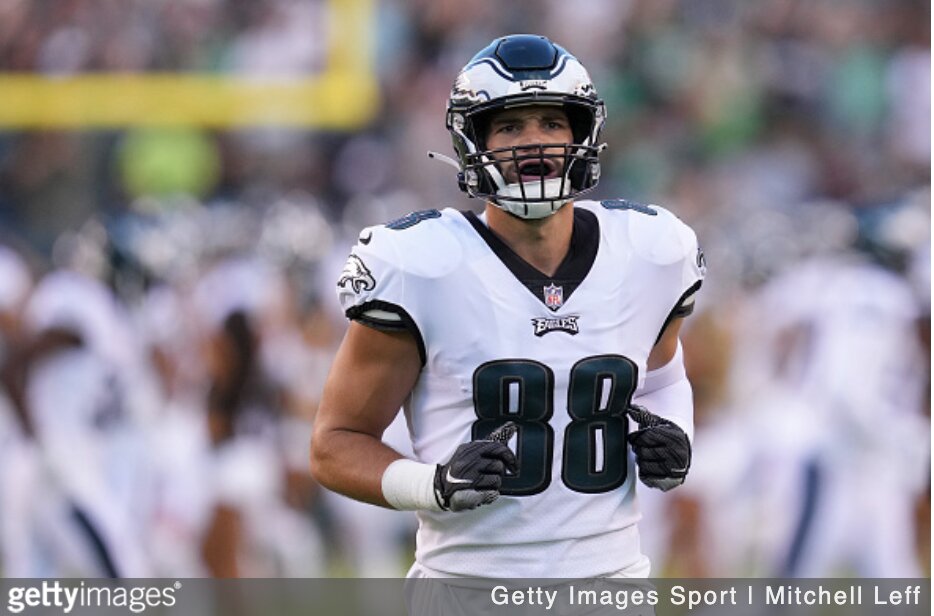 Adam Caplan: “He was really good. You see the growth of this player because of the willingness to make certain type of throws which he never would have made two years ago, because he didn’t understand it. Now, both starting cornerbacks were out for the Browns, so that helped them, but the Eagles’ [offense] got the better of them…The offense is very similar to last year. It’s RPO-driven. This is the way the people there saw it, it’s a two-progression read/half-field read [offense]. It’s check it down or move and wait to see someone break open a run. That’s kind of where he’s at. First year, it was one progression. Now it’s one and a half or two. I don’t know if he’ll ever be at three or four, but you got to feel pretty good.”

Geoff Mosher: “We know Gainwell hasn’t had a very productive camp. For Boston Scott to have gotten the first run with the twos and touch the ball as much as he did, I know he needed to work from the time he missed with a concussion, but he certainly could have come in like Gainwell did in the second quarter, but he got most of the reps and I wonder if there was a message being sent there.”

Caplan: “A couple of things on Gainwell; Since he came back from the hip injury, he has not looked the same. His timing was really off. The two practices were not good, to say the least. He was good in the game. He’s got to carry out his assignments better…Scott looked very good during practices and you saw how great he looked in the game.”

Caplan: “Here’s the real story: Dallas Goedert was the best player on the field (in practice). This is not just me who saw it. He put on an absolute show. They tried everything. He just abused their secondary and linebackers. Whoever was on him, he beat them. One source not with the Eagles said he looks special and I agree.”

Caplan: “They got crushed on wide zone, which is the Browns’ bread and butter. I will tell you in practice, Fletcher Cox was really good. He’s the kind of guy who, when he decides to bring his A game, good luck trying to stop the guy. Milton Williams during practice played d-end, d-tackle, moved around. Jordan Davis during practice showed that he’s a big wall where you have to run outside of him. But during the game, they got pushed, they got doubled. It looked really bad.”

Caplan: “If you wanted to say that Kyzir White was the best player on defense during the two practices, I wouldn’t argue with you. He had a great pick off of play action. He has been everything they could have hoped. This might be the first linebacker in a while that they signed to a one-year deal that not only won’t be cut, but looks like he’ll be one of the better linebackers.”

Mosher: “TJ Edwards and Kyzir White did not play (in the game). They’re the starting linebackers right now unless things drastically change in two weeks. It looks like Nakobe Dean is going to have to continue to work his way.” 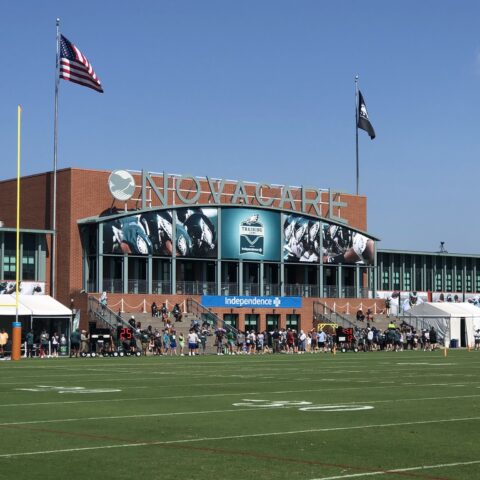