ITB: Birds Safeties Should Be On Lookout

Some of the latest Philadelphia Eagles roster moves hint at scant confidence in the back end of the defense.

On the latest edition of the Inside the Birds podcast, Adam Caplan and Geoff Mosher discussed the trade for former Seahawks safety Ugo Amadi, the overall safety room, and the latest from practice. 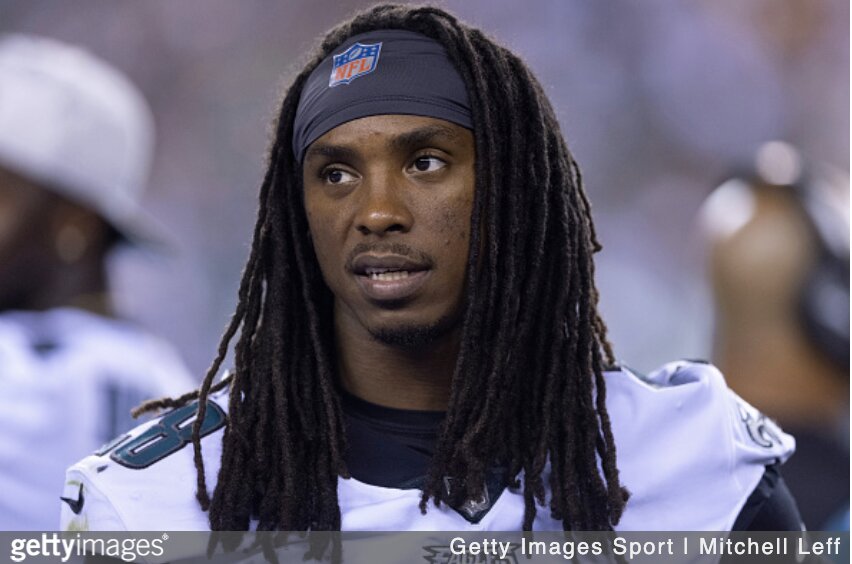 Anthony Harris and almost all other Eagles safeties are battling to make the 53.

Adam Caplan: “[Seattle] actually gave him permission to seek a trade before Tuesday at 4 p.m. Eastern. They called a bunch of teams. Once the last team said no, he went to the Eagles. Here’s your scouting report: According to multiple sources who graded his tape and from Seahawks sources, he is powerfully built. He cannot play outside corner. He’s a safety and a nickel corner. He’s got very good special teams ability. Just like they did with Josiah Scott, it would really surprise me if [the Eagles] wind up cutting him…He clearly has more value than [J.J.] Arcega-Whiteside would have.”

Geoff Mosher: “The sense I get is that if my name isn’t Marcus Epps and I’m a safety on the Eagles, I’m not sure I’m definitely on this team. No one should feel like they definitely have a job…Just knowing Howie Roseman … he knows this is a position of deficiency. He knows right now his best safety has never started for a full year and his second-best safety, Anthony Harris, is just OK. If he makes a trade for a safety with more experience than Amadi – and I’m not saying he’s going to – if he does make an upgrade, it’s hard not to think that upgrade wouldn’t be someone who starts next to Marcus Epps.”

Caplan: “They’re in a very tough way, because this roster is so good otherwise. Teams will find a way to exploit this. Epps is their best safety, but he’s a smaller guy, but as you said, he has not been a full-time starter before. To me, the Eagles are a really good safety away because if you can get someone else next to Epps, then you figure out who your number three and four are… I agree with you they will do something. I don’t know what that is, whether they claim someone off waivers or make a trade.”

Mosher: “As it was put to me by somebody who I trust a lot, the big concern right now is lack of speed versus teams that can stress you vertically. You can’t play two safeties deep all game long, you can’t play man all game long, you’ve got to be able to play multiple defenses on the backend. Even if you’re in a Cover 3 zone and you have one safety deep, that guy’s going to have to basically take one half of the field, and if you send two receivers deep down the seams, he’s got to guard one. You got to cover if you’re a safety and the Eagles, other than Marcus Epps, do not have anyone who’s a proven cover safety.”

Mosher: “It’s my understanding that there have been two teams that have been checking into Jalen with the Eagles lately over the last few days, one from the AFC, one from the NFC. I don’t know if they made an offer or what kind of response they’re getting. We’ve been reporting for a while that teams have called to check in on Jalen and to talk to Howie, but nothing’s happened, but I do know that two teams have called more recently about him. I would think, because we’re getting closer to the second and third preseason game here, if there’s going to be a move, I would think if a team wants to trade for a guy, they’re going to try to get him in before the third preseason game and give them a couple of weeks.”

Mosher: “I think they announced it as a leg injury and now it’s a hamstring injury.”

Caplan: “Not good. He’s had major issues with hamstring problems. I know it’s only training camp, just as long as they get him to the regular season that’s great. I know he’s really working hard, he came into camp in the best shape of his career. I guess it’s bad luck, but it’s something to keep an eye on.”

Caplan: “The Browns are a team that’s run based. The Eagles run defense is going to get tested.”

Mosher: “I think this is good for the linebackers. Nick Chubb is going to be coming at Kyzir White and Nakobe Dean.”

Caplan: “They’ve got one of the best o-lines in football. The only thing is they’re down to their second center.”