Unsatisfied with the defensive production in 2021, the Philadelphia Eagles prioritized strengthening each unit this offseason.

With key upgrades made during free agency and in the draft, along with an expected tweak to the scheme, second-year defensive coordinator Jonathan Gannon comes under the microscope as he tries to fit the pieces together.

On the latest Inside the Birds podcast, Adam Caplan and Geoff Mosher broke down the status of each position on defense and discussed recent acquisition Jaquiski Tartt. 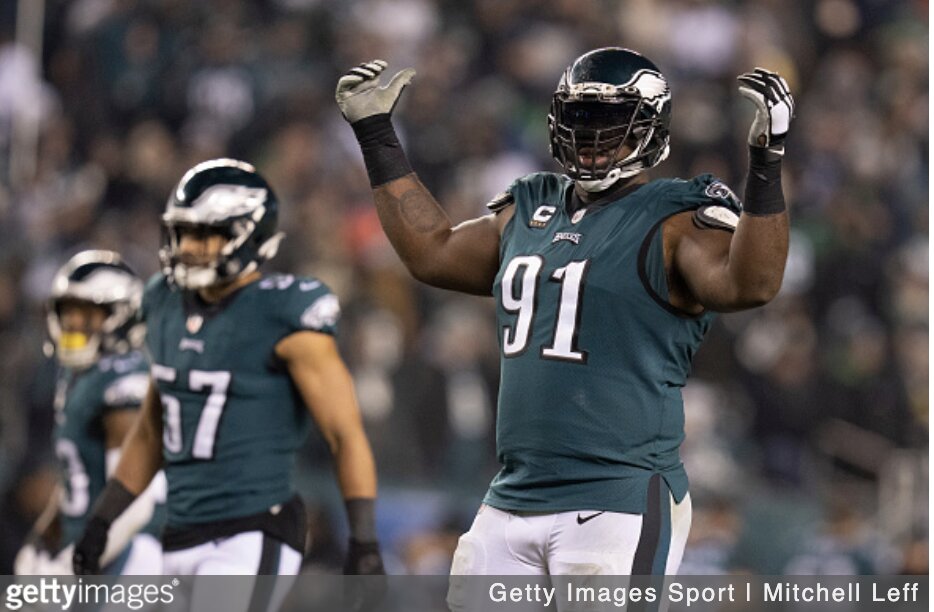 Adam Caplan: “Cox had said late last season that he and Gannon had patched things up, whatever issues he had about the scheme. Our understanding is he really wanted to be an Eagle. It sounds like he wants to finish his career as an Eagle…What I do wonder is with [Javon] Hargrave, Milton Williams, and Jordan Davis in there, do they need to play Cox as much as they have in the past?”

Geoff Mosher: “I assume at one year and $14 million, he’s still a starter. But if you really want to mostly use him as a pass rusher, you can make an argument to not start him and [then] bring him on the field once you get to second and third down. If you’re playing Fletcher Cox on first down, then it’s really hard to also limit his reps because if you still think he’s a really good pass rusher – and that’s always what he’s been best at – then you’re going to have to figure out a way to take snaps from him at some point.”

Caplan: “I just hope he comes close to playing at a high level because 14 million for a guy who’s aging is a big number.”

Mosher: “It’s going to be interesting to see how quickly they try to get him on the field. The first thing he has to do is report to training camp at the right weight they tell him to be at, and if he is, you got to think that they’re going to try to get him on the field really quickly and establish him at least as their base defense nose tackle. That will change a little bit of how their line looks.”

Mosher: “What you saw last year from him was a very consistent player. Even when he’s not getting sacks, he pushes the pocket. My question on Sweat is: was that his ceiling or is there still a little bit more room for him to grow as a pass rusher? He showed last year that he can play more snaps and he didn’t seem to have any knee issues.”

Caplan: “I know he’s a smaller guy, a former safety in college, but he’s a good player. Brandon Staley wanted bigger linebackers. My Chargers source told me that he wanted to rebuild that defense with bigger players. But Kyzir White is a good football player, very productive as a tackler. When they play a 3-4 front, White and [Nakobe] Dean will probably play more than T.J. Edwards will play. And then Davion Taylor will fight for an inside linebacker job.”

Mosher: “I think in their base formations, T.J. Edwards will be there in the middle flanked by Nakobe and Kyzir White, maybe Davion Taylor if he makes the team and is healthy. I really don’t know what to expect from Kyzir White. He played well in a scheme that is different than what the Eagles are going to be running. I just don’t want to jump to conclusions and assume that Kyzir White is going to be a really good upgrade. I think he has the capabilities to be, but I’ve seen this happen year after year with their patchwork one-year linebacker and it really hasn’t worked out the way they wanted it to work out.”

Caplan: “What we’re told with the Tartt deal is when it gets done, it’ll be similar to the one Anthony Harris signed. What helped him get more than the veteran minimum is strictly because, we were told, multiple teams were involved. This guy can hit. He’s played free [safety], he’s played strong, but he’s a better box player. The reason why the 49ers didn’t bring him back is too many injuries. His tape is good, it’s just that you can’t keep paying a guy to not be on the field. Thirty one games missed over a four-year period is not acceptable, I get that. That’s why he’s better as a third safety.”