“They Are Not Scouts”

A slew of hirings and promotions to the Philadelphia Eagles front office was confirmed by the team Friday.

On the latest Inside the Birds podcast, Adam Caplan and Geoff Mosher go in depth on how team’s front office will look in 2022 and beyond. 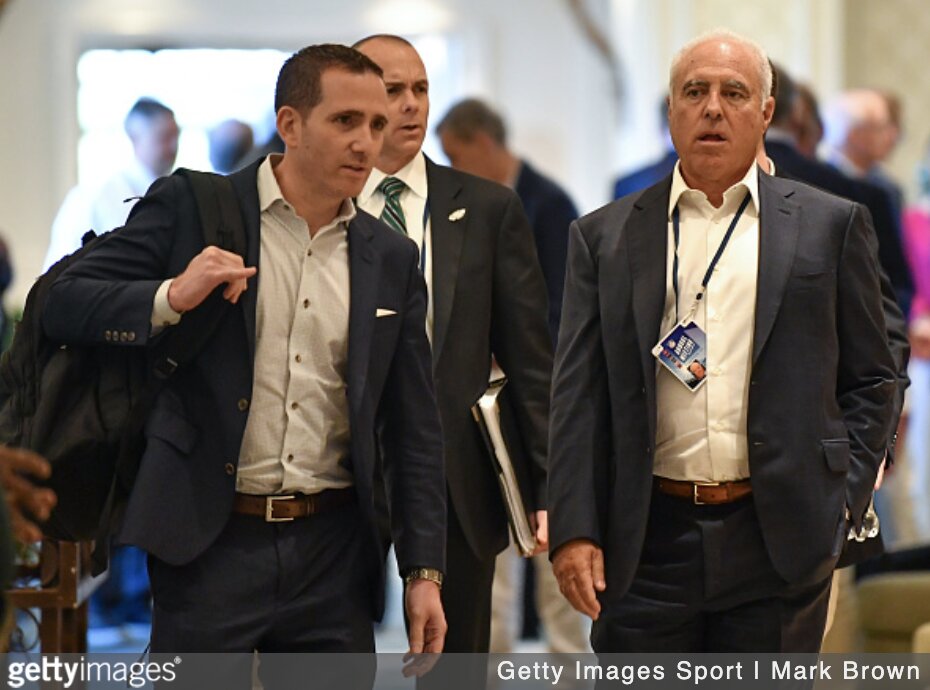 Geoff Mosher: “Bo Wulf from the Athletic had the title: Business and Football strategy…They announced the list of new changes within the scouting department and the football operations department and his name’s not on it. Now, it’s possible they considered this a different department. But I have a feeling this is on the business side, because the title is Business and Football Strategy. He’s got a role on the team here. They should acknowledge it. They’ve done the right thing as far as getting him training and building him up here. Why not be a little bit more forthcoming about it and say this is his title and this is his department”?

Adam Caplan: “I would call it a minor surprise that it wasn’t announced. As has been reported by us and others, he has an office in the building.”

Mosher: “These guys are both now assistant general managers, which theoretically places them tied as the No. 2 person in the Eagles’ front office under Howie Roseman. That really jumps out at you because neither of these guys are a model of Andy Weidl. They are not scouts. They are not guys who have spent their life poring over tape and analyzing players from a tape standpoint. They’re not personnel people. That is the biggest question mark that comes out. You lose Andy Weidl who set your draft board. He was the catalyzer for all of the scouts and presided over the scouting department and he himself was a scout who came up from the Ravens. You have two guys that are not that.”

Caplan: “Halaby’s player personnel experience is only on analytics. I talked to a GM on Sunday who has been on calls with Ferrari when he worked with the league office. Ferrari is a rules expert. He’s a tremendous value to the Eagles because of his various roles with the NFL’s office when he worked for the NFL in New York.”

Mosher: “As far as we know, these guys are not in-the-office-every-day guys like Andy Weidl was. You’ve got their input, but they’re not handling day-to-day operations.”

Mosher: “They are now the highest football scouting guys under Howie Roseman, I think, based on their title [Director of Player Personnel].

Caplan: “There is no VP of Player Personnel. This is a big jump for Charles Walls because he was Cleveland’s national scout. We talked to a couple of Browns sources, he’s a very opinionated guy, which is good. Eagles need that in that building.”

Mosher: “He’s the Director of Scouting. It’s our understanding that he’s going to do both pro and college [scouting], but he specializes in pro because that’s what he did for 13 years in Pittsburgh. I think they’re going to try to get his college up to speed. That would, to me, rank under Walls and Wolking.”

Caplan: “I’ve never heard of this title before. Apparently, no one else did that we talked to. By title, Director of Player Personnel is higher than Director of Scouting. But because this is a new title, maybe the Eagles have a different view of that.”

Caplan: “In that special assistant role, he did a bunch of different things. He worked with the players, helped with the pass rush, whatever he felt he could handle. He’s going to continue to help develop players, some scouting. It’s going to be sort of a jack-of-all-trades role, but it’s more on the player development side. I don’t know if off the field he’s going to get involved. Connor is a guy that’s very well respected, loves the area, has been with the Eagles in personnel since he retired and worked his way up. He’s very close to Howie. He’ll continue to work with players. I don’t know if you call him a coach, but he’s done some stuff in training camp and in practice.”