“Why So Much Change?”

After weeks of turnover among the front office, the Philadelphia Eagles now face one of their biggest changes.

On the latest Inside the Birds podcast, Adam Caplan and Geoff Mosher examined this latest front-office exit and its impact on the Eagles organization. They also discuss defensive coordinator Jonathan Gannon’s latest press conference. 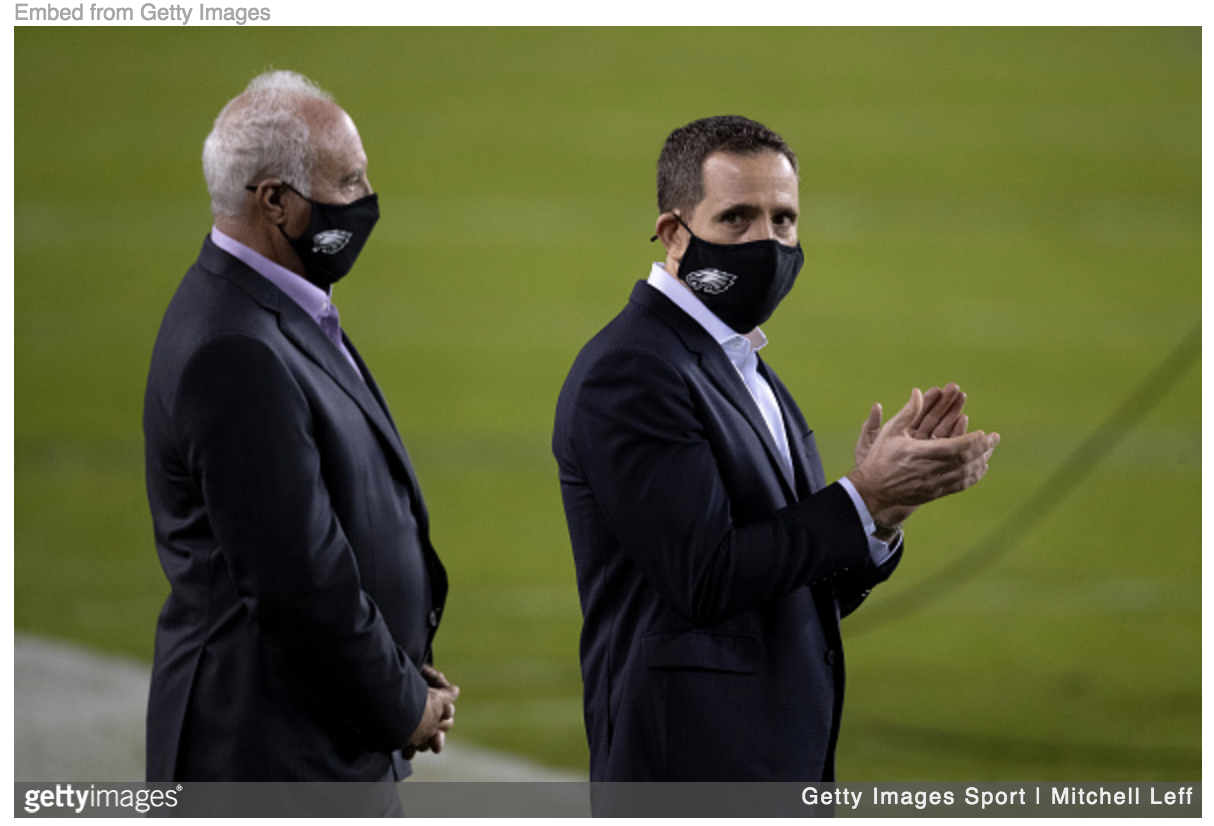 The Eagles are making major changes to their personnel dept., even after two good offseasons.

Geoff Mosher: “It’s a great opportunity for Andy [Weidl, Pittsburgh native]. It’s good that he hit it off with Mike Tomlin. It’s also good that Andy is going to work with Omar Khan, they know each other going back to the early 2000’s because they both got their start in the Saints front office. The Steelers are an organization that values two things, and these two things are satisfied. One: they value promoting from within, grooming and getting guys up through their system. Omar Khan’s been there for almost 20 years, so that is a guy they have been grooming for a long time. And two: they value Pittsburgh ties, more so than any franchise I know valuing being where you are from. It’s really a unique thing about how much they value the understanding of working for that franchise and what that city is all about.”

Adam Caplan: “It just makes a lot of sense. Andy knows the organization. He’s highly qualified. It does leave a void, there’s no question about it. He’s the one that sets their draft board and heavily influences free agency in terms of his grading and all of that stuff. Remember, they lost both personnel directors a couple of months ago. Their top three guys under Roseman all left for assistant GM jobs.”

Mosher: “And you can say top four if you consider Catherine Raîche going from her position, which was Director of Football Operations, to go to the Cleveland Browns. And there were others. I know some of these guys you were going to lose anyway. But, as we have talked about on some other podcasts, what we are hearing is that the Eagles are going in different direction. They’re getting younger, going to get more diverse, and as I’ve said a couple of times, to me it’s been phrased as a little bit more forward-thinking, a little bit progressive in their scouting and talent evaluation operations. I don’t exactly know what to expect from that, but I’m sort of fascinated by it.”

Caplan: “It’s hard to put my finger on exactly where this is going. You and I asked a lot of opinions of people who have either worked for the Eagles in the past or who have friends who work for the Eagles in scouting. There are a lot of theories. The Eagles want to be cutting edge, they want to be different. There’s nothing wrong with that, but as you’ve said, when you have back to back drafts that are really lauded around the league, why so much change?”

Caplan: “Charles Walls is a former Browns national scout who’s now one of the Eagles’ directors of player personnel. This is a big jump for him to go from national scout to one of the directors. You would think he would take the role of Ian Cunningham because he comes from the college side. We know Matt Russell is going to be a senior advisor who Howie Roseman has known for years. He’s back after well over a decade. Jeremy Gray is coming in from the University of Arizona. He was their college scouting director. What we’re told is that there was another team involved trying to hire him, but the Eagles got him and they gave him a little bit of an elevated role to Assistant Director of Pro Scouting. [Former Temple wideout] Rod Streater was brought in weeks ago. He was a scouting assistant with the Browns. He’ll be a college area scout. The bottom line is between promotions, people leaving on their own accord or got let go, they’re going to have anywhere from 16 to 20 or more changes.”

Mosher: “He said he’s going to play the same coverages and schemes as he did last year. If he’s going to play the same coverages with the better personnel, then I go back to last year and think, why for eight weeks did you play coverages with the wrong personnel? Because he’s never admitted that he had the wrong personnel verbally, but based on what he said this past week, he’s basically telling you. That, to me, showed there was some stubbornness to adjust.”

Caplan: “The question will be going forward now that you have this talent, how much man coverage will you play? To me, they’re going to be still heavy zone based on Bradberry and the lack of depth at corner, you’re going to have to play more zone. But I want to see if they can play man and are they going to be matchup specific?”