Another Flies The Coop

In a season of massive turnover for the Philadelphia Eagles’ front office, another departure has stripped the franchise of a high-ranking personnel executive.

Andy Weidl, the team’s vice president of player personnel and second-in-command on the personnel totem pole, is leaving to become the assistant general manager of the Pittsburgh Steelers, sources tell Inside The Birds’ Geoff Mosher and Adam Caplan. 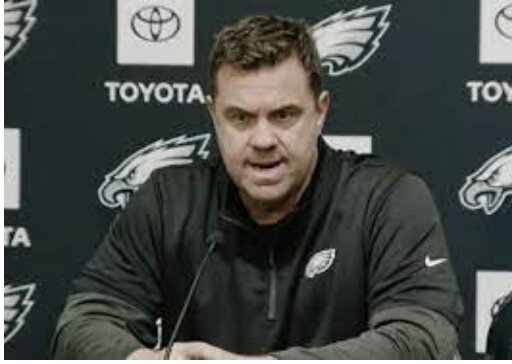 Weidl, who first came to the Eagles in 2016 as assistant director of player personnel, had interviewed for the Steelers’ general manager vacancy, but sources told Inside The Birds that the Steelers plan to promote in-house for that job and will hire Omar Khan, an executive with Pittsburgh since 2001.

[Update, 4:30 p.m.: The Steelers officially announced the hiring of Khan as general manager).

Weidl, however, will accompany Khan – the two are close, sources said, going back to their days coming up in the Saints’ personnel department.

Weidl, a Pittsburgh native whose scouting career started with the Steelers in 1998 as a player personnel assistant, will serve as Khan’s top personnel chief.

Inside The Birds was first to discuss this scenario unfolding on Monday:

There’s no indication that Roseman and Eagles owner Jeffery Lurie made any overtures to keep Weidl from leaving for the Steelers gig, which means the Eagles are down yet another personnel executive after already losing two directors of player personnel – Ian Cunningham and Brandon Brown – to assistant general manager jobs, and losing Catherine Raîche, their vice president of football operations, to a higher-ranking executive position in Cleveland.

These departures, coupled with several other scouts and personnel executives that either left on their own or were fired by Roseman, guarantee that the Eagles’ front office will look drastically different in 2022 and beyond.

NFL sources have told Inside The Birds that the Eagles are seeking to get younger, more diverse and also more forward-thinking in their approach to scouting and talent evaluation.

Roseman has already promoted some in-house personnel and hired from the outside, per sources, but the team hasn’t made any official announcements and typically waits until all moves are finalized before informing the public.

Inside The Birds has already reported that the Eagles have hired former Browns national scout Charles Walls, former Broncos executive Matt Russell and former University of Arizona coordinator of college scouting Jeremy Gray to fill some of the vacancies.

Roseman has also brought in candidates to interview for a high-ranking executive position, including Steelers pro scouting coordinator Brandon Hunt –  a finalist for the Steelers general manager job – and director of college scouting Morocco Brown, but Roseman has yet to hire either, sources said, and is expected to interview other candidates.

Weidl, who attended Villanova, was one of the first hires in Philadelphia by former vice president of player personnel Joe Douglas, who left after the 2019 season to become general manager of the New York Jets. Weidl and Douglas had cut their teeth together in the Baltimore Ravens scouting chain.

Weidl stepped into Douglas’ position to preside over the Eagles’ scouting staff following Douglas’ departure to the Jets, climbing into the highest-ranking personnel executive position underneath Roseman, who’s had the final say on all personnel moves going back to his restoration of power in 2016.

Sources have told Inside The Birds that Weidl’s younger brother, Casey, who was recently fired by Roseman as director of scouting operations, is likely to rejoin his older brother and Khan in Pittsburgh.