On the latest Inside the Birds podcast, Adam Caplan and Geoff Mosher discussed the latest addition and its impact on the 2022 defense. They also dive into the current state of the team and whether further improvements must be made. 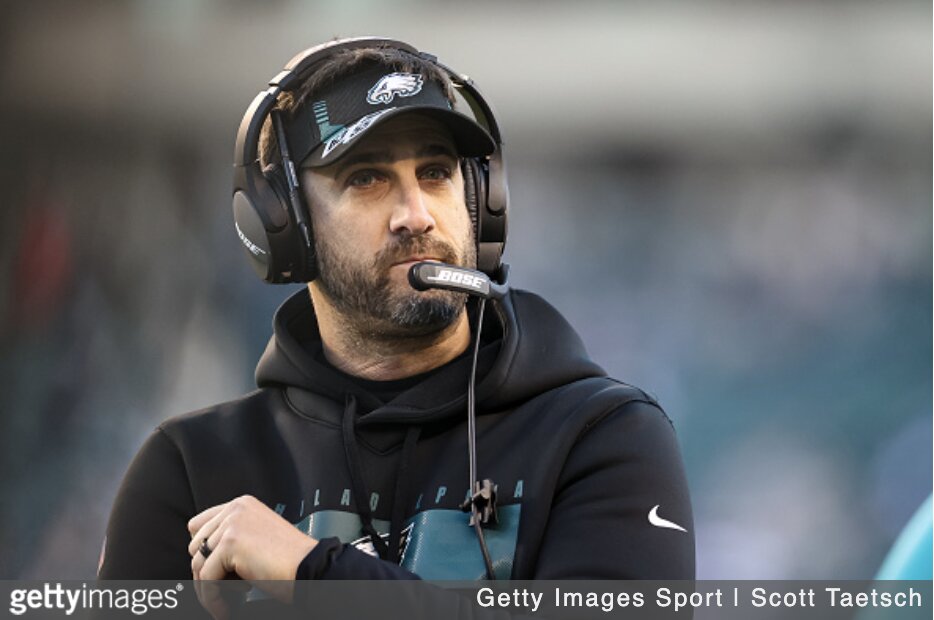 Nick Sirianni’s Eagles team got plenty of upgrades this offseason.

Adam Caplan: “All of the teams you and I talked to last week, they all said $10 million was the number, 10 million per season. He had a chance to sign for more than a year, but the guarantees in Year 1 are strong, so if I’m James Bradberry, why would I sign for more than a year? The Eagles felt that he was the top free-agent cornerback on their board. The Giants made it clear that he did not fit. They’re going to play a lot of man coverage. He got his big free-agent deal with the Giants because he was one of the better zone corners in the NFL. Here’s the one issue that I have with it. If [Eagles defensive coordinator Jonathan Gannon] doesn’t play a high percentage of zone, is this going to work?”

Geoff Mosher: “I think you can look at it two ways. One, I think [Gannon] obviously wants to play zone. He started off last year playing a ton of zone and it didn’t work. He tried to play two safeties deep. It didn’t work. They were just gashed against the run. But, look at the moves they made this offseason. They add a guy like Jordan Davis, who’s going to occupy two gaps at one time. Theoretically, they are going to play more quarters or two-shell coverages where both safeties are back. I feel like he’s aligning himself with the personnel they brought in to play a lot of zone. If it doesn’t work and they’ve got to switch to man, what do you do with James Bradberry in that situation? But, I still think in that situation he’s an upgrade over Steven Nelson.”

Caplan: “You and I know someone in pro personnel for another team. He said this guy’s long, super-high-character guy. He and [Darius] Slay are taller, they’re taller than average for a corner, but he said he’s not comfortable with certain types of man coverage. Conceivably, any corner can play man, but can he play the type of man they want to play? That’s the question mark, but this guy spoke very highly of him. He said he’ll fit Gannon’s scheme.”

Mosher: “I reached out to one specific team, an AFC team, a personnel guy for that team. His response was his team was not in on James Bradberry, mainly because of the price. I asked what did the tape say about him? He said [Bradberry] was good for a zone scheme, good against big, physical wide receivers, and he called him a ‘solid, stopgap complement’ to Darius Slay. The other thing he said was that for an outside corner, he doesn’t have the speed you covet, and that his tackling wasn’t very good.”

Caplan: “Zech McPhearson was clearly not ready last season. He got more time, saw a little bit of progress, but he’s not ready to be a starting corner, everybody knows this. Now, he’s their third outside corner. It’s important that they don’t rush him.”

Mosher: “I think there could be some scenarios where they want to be in a big nickel, which is usually the third safety, but right now you don’t want K’Von Wallace in a big nickel situation because you’re looking for coverage, because usually the team has thrown out another pass catching tight end there, or if [opponent] goes 10 personnel or spread, I think you’ll see McPhearson get on the field in that situation, too.”

Caplan: “I thought the Eagles were a very average team to start free agency. They had a lot of needs. They addressed almost all of them, which is hard to do, and they still have cap space. I think in general, they have the best roster in the NFC East. I’ve run this by some people we know in pro personnel, they agreed with that assessment.”

Mosher: “I think the Eagles are poised and positioned to compete in the division. They could be just as good as Dallas or Washington. I’m not discounting Washington. I think any of those three teams are division contenders. I would probably give Dallas just a little bit of the lean because of the coaching staff and the experience there, and because of Dak.”

Caplan: “To me, you’re settling for Anthony Harris. K’Von Wallace has shown he’s not ready to be a starter. Marcus Epps is a nice story. Now that they didn’t get Marcus Williams, that’s the question they’re going to have to answer in training camp. They got to add one safety.”