Several key members of the Eagles’ scouting department are out, as the franchise undergoes a major front-office shakeup and reorganization, multiple NFL sources told Adam Caplan and Geoff Mosher of Inside The Birds

Director of Scouting Operations Casey Weidl, younger brother of Eagles Vice President of Player Personnel Andy Weidl, won’t be back with the organization, per sources, along with Southwest Area scout Shawn Heinlen, a veteran who had spent 16 seasons scouting for the Buffalo Bills before joining the Eagles in 2018.

More changes are imminent, league sources say, as the Eagles reshape the scouting department in the aftermath of a difficult offseason for the front office, which had lost two high-ranking members before the NFL Scouting Combine and is expected to lose another in near future. 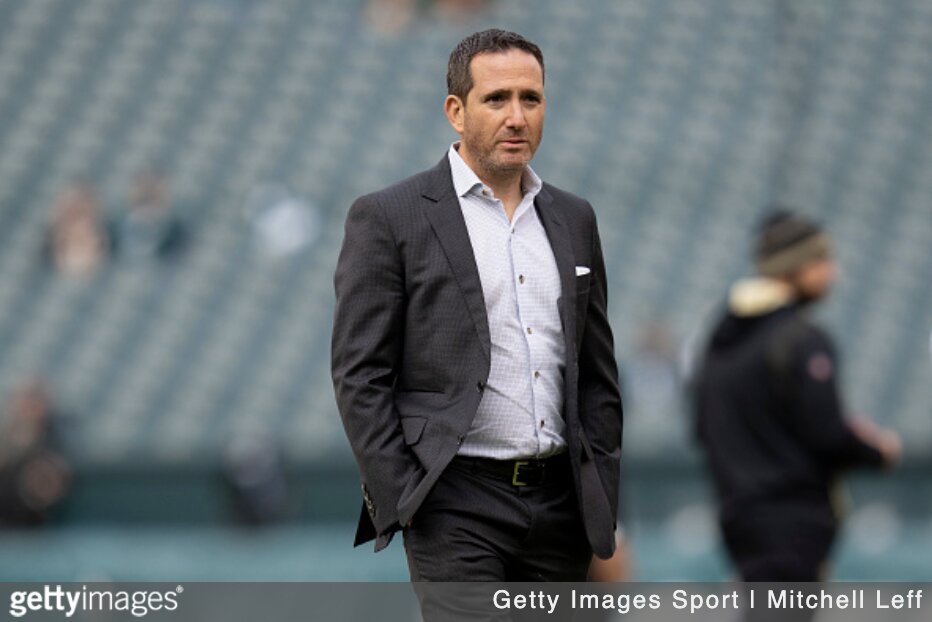 Howie Roseman will be tasked with rebuilding the Eagles’ scouting department

The departures of Weidl, Heinlen and Raiche, couple with the losses of former Eagles co-directors of player personnel Brandon Brown and Ian Cunningham earlier this offseason, presents Eagles Executive Executive President of Football Operations Howie Roseman with the challenge for restructuring and replenishing his scouting department as the franchise is attempting to build back into Super Bowl contention.

The Eagles have won 13 games over the past two seasons but come off a 9-8 season that resulted in a postseason appearance and first-round playoff loss to Tampa Bay.

It’s unknown if Andy Weidl, the leader of the scouting department and second in command under Roseman, had any say in his younger brother’s ouster. Andy Weid’s future is also uncertain as he recently interviewed with the Pittsburgh Steelers for their general manager vacancy.

Many of these departures are scouts who were brought in by either Andy Weidl or by Weidl’s predecessor, Joe Douglas, who left the Eagles in 2019 to become general manager of the New York Jets. Douglas and Andy Weidl both came up through the Ravens scouting chain, and Andy Weidl was one of Douglas’ first hires after Douglas became Eagles vice president of player personnel in 2016.

His younger brother Casey, per league sources, was well respected in the team’s front office and around the league. Known for having outstanding organization and communication skills, Weidl elevated up the chain since joining the team in 2016. He held two difference scouting jobs for the Eagles before being promoted to director of his scouting operations in 2019.

In fact, multiple scouting sources around the league reached out to Inside The Birds following our Tweet about Weidl’s departure to express their praise for Casey Weidl’s stellar league-wide reputation.

Heinlen spent 16 with the Bills and one year working as a consultant for the Senior Bowl before the Eagles hired him in 2018. The Bills had never made the postseason during Heinlen’s time with the organization, a streak that ended for him when the Eagles made the playoffs that season.

Raiche has been with the Eagles for three years after spending five seasons in the Canadian Football League, where her titles included assistant general manager of the Montreal Alouettes and director of football administration of the Toronto Argonauts. She joined the Eagles as a football operations/player personnel coordinator in 2019 before being promoted to her current post in 2021.