Haul Of A Draft

After Big Moves In Draft's First Round, Birds Add Top-Rated LB In Round 3

After two days of the NFL Draft, the Eagles have replenished their roster with replacements for franchise legends Fletcher Cox and Jason Kelce, found the dynamic veteran wide receiver they’ve sought all offseason and – perhaps even more significant — added a snubbed linebacker with tremendous upside. 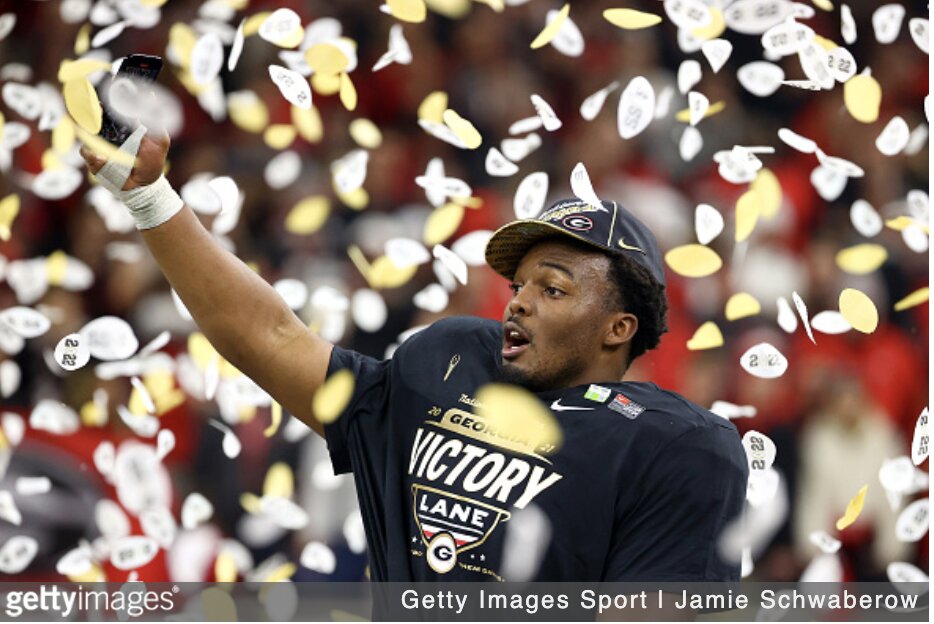 The team hopes Davis and Jurgens will eventually succeed Super Bowl champions Fletcher Cox and Jason Kelce, respectively. But in a 48-hour span of tantalizing additions, Dean might be the most intriguing of them all.

The national champion was projected to be a first-round pick, but medical concerns, including a recent pectoral injury along with a past torn labrum and knee tendinitis, likely caused his tumble to 83rd overall, where the Eagles delighted their fans by finally addressing one of the team’s most longstanding weaknesses.

If healthy, the  5-foot-11, 229-pound Dean could immediately challenge to start on an Eagles defense that currently has third-year veteran T.J. Edwards, a former undrafted free agent, along with free-agent signing Kyzir White and third-year pro Davion Taylor, a 2020 third-round pick who has played just seven games in two seasons.

The Eagles, who have juggled linebackers for the past five years, hope that Dean can stay healthy and provide a dynamic presence at his position that the franchise has long lacked.

Dean was a top-15 recruit coming out of high school and played at Georgia as a true freshman. He led the Bulldogs with 71 tackles (1.5 sacks) in 10 starts as a sophomore, then won the Butkus Award as the nation’s top linebacker as a junior and made first-team Associated Press All-American and All SEC.

In total over the first two days of the draft, the Eagles fortified their trenches, as they typically do, and injected playmaking talent on both sides of the ball by trading for Brown, a two-time 1,000-yard receiver, and drafting Dean, who led the Bulldogs with a team-high 10.5 tackles for loss to go along with six sacks, two interceptions, six pass breakups and two forced fumbles in 15 starts.

Dean, who didn’t run the 40-yard dash at the NFL Scouting Combine, returned one of his two picks for a touchdown. He was considered one of the top two linebacker prospects going into the draft based on talent.