Men In The Middle

In this edition of “DiCecco’s Draft Notebook,” highlighted are two skill positions the Eagles could address with a number of enticing Day 3 prospects. 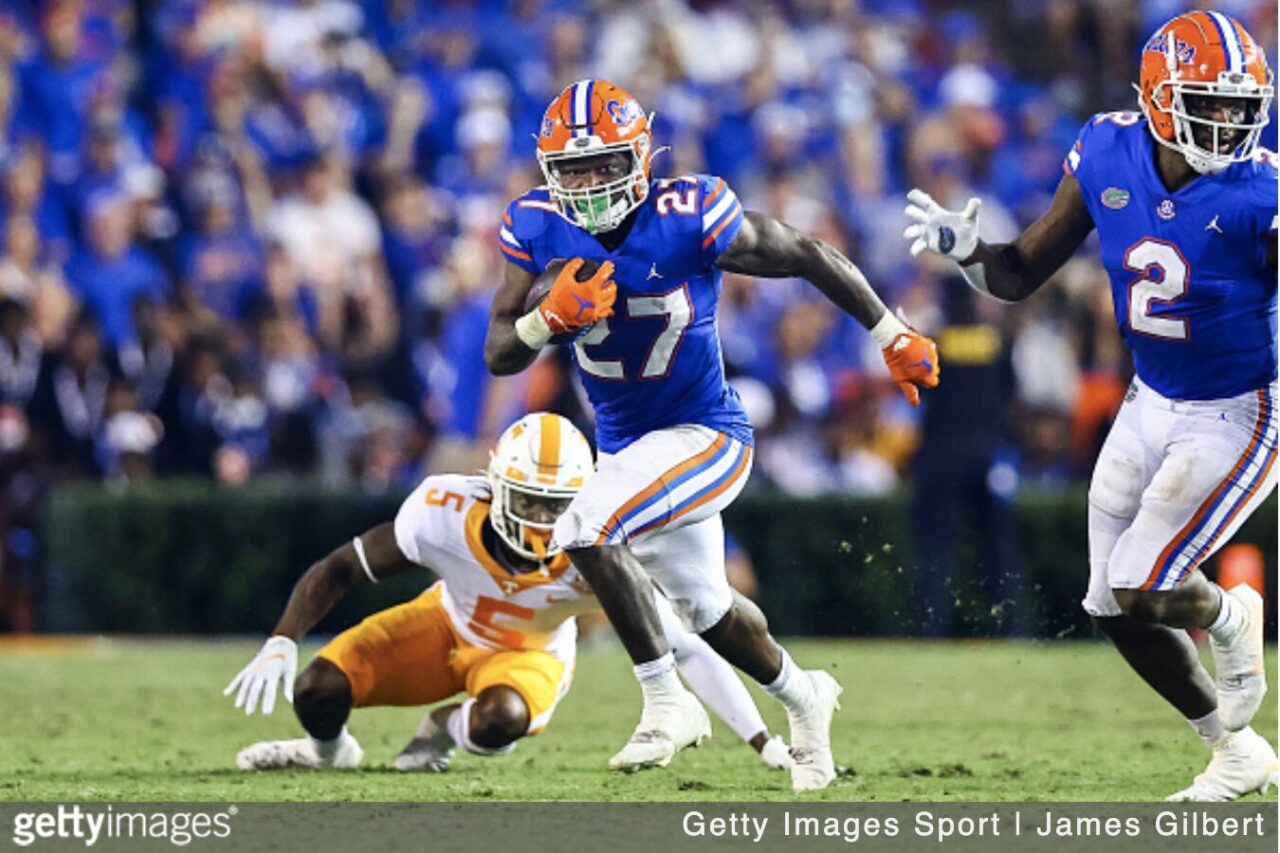 It’s possible the Eagles’ running back landscape will be drastically altered in the coming season.

Boston Scott, a dependable, change-up runner who in four seasons has rushed for 992 yards and 13 touchdowns and added another 499 yards and a touchdown as a receiver, is poised to hit the free agent market in a few weeks if the Eagles don’t retain him on the restricted free-agent tender.

Veteran Jordan Howard played a prominent role in the run game’s resurrection when the Eagles realized they needed to invigorate an uninspiring rushing attack midway through last season. In seven games, the 28-year-old rushed for 406 yards and three touchdowns on 86 carries.

Though the team hardly has to break the bank to retain Howard’s services, his age and injury history could deter the Eagles from committing to him come negotiation time.

Miles Sanders enters his fourth – and presumably final – season as the Eagles’ starting running back, barring an unforeseen move. The 25-year-old has appeared in 24 games over the past two seasons and hasn’t seen the volume that many expected.

That leaves Kenny Gainwell, a 2021 fourth-round pick, as apparently the lone option in the team’s long-term plans.

While I’m hardly suggesting the Eagles squander a premium pick on a running back, it behooves them to be proactive and utilize the draft to bolster a thinning position.

Assuming the Eagles wait until the middle rounds to address this need, they’ll have several enticing options from which to choose.

Let’s assume fourth round, pick No. 121, would be the earliest the Eagles add a running back. The two running backs who make the most sense in that slot would be Dameon Pierce (Florida) or Tyler Allgeier (BYU).

Pierce, one of my favorite Day 3 prospects, rushed for 574 yards and 13 touchdowns last season for the Gators, in addition to gaining 216 yards and three touchdowns as a receiver.

Aside from being a Senior Bowl standout, the 5-foot-9, 220-pounds Pierce runs with terrific pad level and consistently demonstrates innate vision and contact balance working through traffic.

Predominantly known for his punishing running style, Pierce has some finesse to his game along with enough wiggle to stretch the perimeter. He’s very proficient in pass protection, as well.

Like Pierce, Allgeier also thrives in pass protection. The former BYU standout cut his teeth as a between-tackles bruiser who routinely moves the pile and falls forward for yardage.

Though not overly explosive, and not possessing overwhelming lateral agility, Allgeier has the straight-line speed and patience that typically lend itself to the occasional game-breaking run. I envision a productive career as an eventual No. 2 running back in a rotation.

Should the Eagles wait until the fifth or sixth round, options such as Sincere McCormick (UTSA), ZaQuandre White (South Carolina), Tyler Badie (Missouri), and Pierre Strong (South Dakota State) would be shrewd value picks.

McCormick, in particular, possesses the footwork, vision, and consummate blend of power and finesse to make an early impact as a rookie.

Return To The [WR] Well?

DeVonta Smith is entrenched as the team’s top receiver for the foreseeable future, but the crippling draft day misses of Jalen Reagor and J.J. Arcega-Whiteside have left the Eagles vulnerable at wide receiver after investing first- and second-round draft picks in successive years, respectively.

Quez Watkins, a former sixth-round pick, steadily bypassed Reagor from a snap-share standpoint and was far and away the team’s second-best wide receiver last season, but the 23-year-old is best suited as a No. 3 option.

Greg Ward, once the team’s leading receiver, is a restricted free agent who would perhaps serve a more notable role with another club.

The glaring lack of size and playmaking acumen at wide receiver became increasingly evident each week, and the Eagles will need address the position once again to revitalize an underwhelming depth chart.

While devoting another premium pick in hopes of rectifying the problem wouldn’t be a wise use of resources, there will be a number of viable options in the fourth and fifth rounds who should be targeted.

If South Alabama’s Jalen Tolbert is still on the board when the Eagles are on the clock at No. 83, they’d have to give it serious consideration, but I still think pick No. 121, perhaps No. 152, would be most logical, given the other areas of deficiency on the roster.

Likely to fall within that threshold – at this moment — is North Dakota State’s Christian Watson (6-5, 208), who would be a logical fit from a size/athleticism perspective, though his stock is expected to rise if he turns heads at the NFL Combine.

The same could be said for Nevada’s Romeo Doubs (6-2, 200), a lengthy pass-catcher with a wide catch radius and knack for reeling in contested catches. He can align inside or outside, but best fit is on the perimeter. Inconsistent hands is his biggest drawback.

Additionally, SMU’s Danny Gray (6-0, 182) is one of my favorite Day 3 prospects. Though his play strength needs developing to consistently separate from NFL defenders, Gray is a fluid route runner who can impact all three levels of the field, offers inside-outside versatility, and is explosive in space.

Gray’s stock figures to trend up after the Combine. Another name to keep an eye on would be Cincinnati’s Alec Pierce (6-3, 213).