For first-year Eagles defensive coordinator Jonathan Gannon, there’s no hiding from, or sugar-coating, the reality of what’s ahead.

The Eagles on Sunday in the Wild Card round have a matchup against the arguably the greatest quarterback of all time and greatest football player in NFL history when they face Tom Brady and the Tampa Bay Buccaneers at Raymond James Stadium in Tampa.

Gannon has already felt the wrath of the seven-time Super Bowl champion once this year, when Brady picked apart the Eagles’ defense in a 28-22 Week 6 win keyed by Brady completing 34 of 42 passes (81 percent) and tossing two touchdowns on a Thursday night in South Philly.

In his 22 seasons, Brady has played 45 career postseason games, losing in the Wild Card round just twice in 19 different postseasons.

He thrives on quick releases that keep defenses on their toes and the hit toll down on his 44-year-old body.

“After game planning these last couple days here, we know that it’s very hard to get to him,” Gannon said Tuesday in his weekly press conference, “but feel like we’re up for the challenge and got some things that we’re going to try to do.” 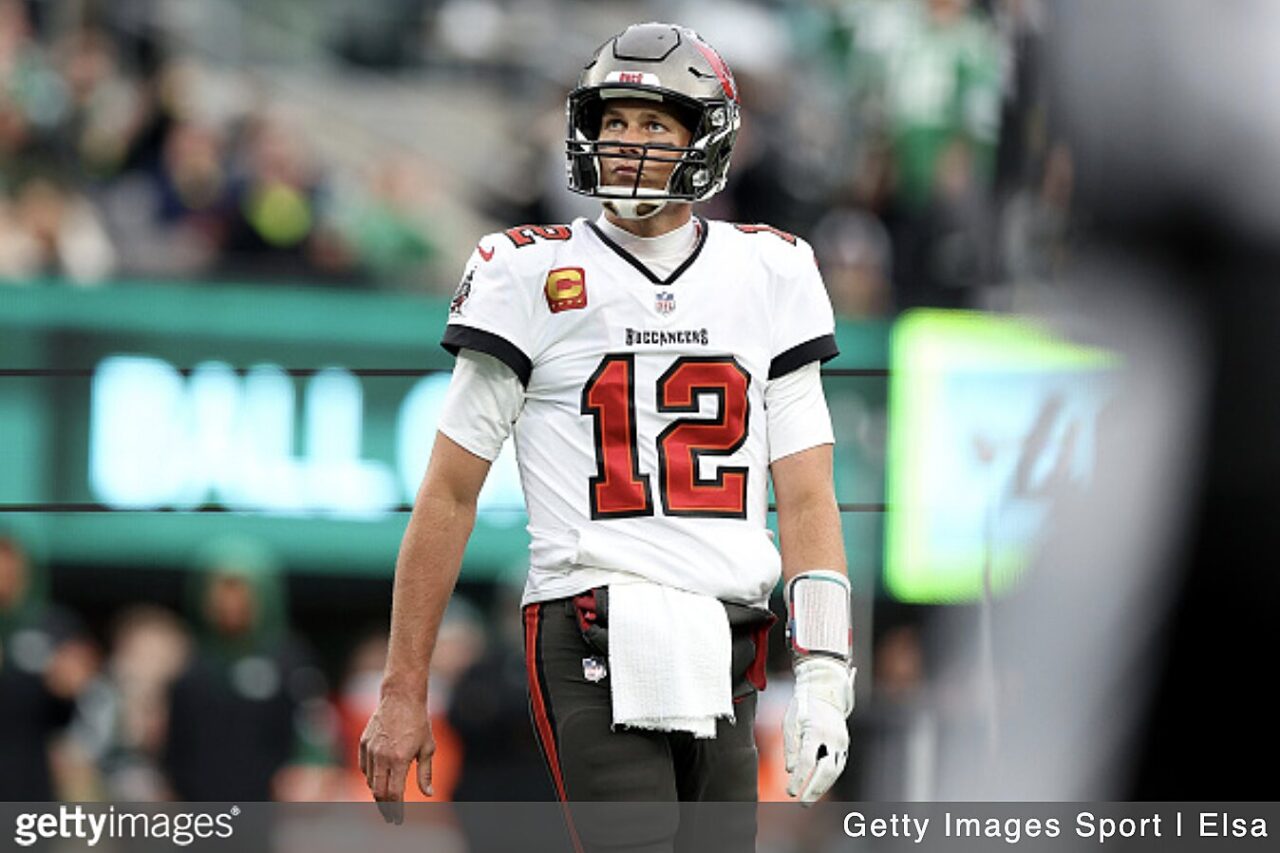 To win another Super Bowl, Brady and the Bucs must overcome recent losses to two of their pass game weapons who helped Brady pass for an NFL-most 5,316 yards and league-leading 43 touchdowns. Chris Godwin, an 1,100-yard receiver, suffered an ACL tear in Week 15 that will keep him out of the postseason.

The combustible Antonio Brown, who was limited to six games because of injuries but had three 100-yard games, disrobed to his uniform pants near halftime of a Week 17 game against the Jets, exited the field and was released a few days after.

Still, the Bucs hung 41 points in the season finale against the Panthers, scoring a 24-point blowout, with Brady still passing for 326 yards and three touchdowns and with eight different receivers catching passes.

“I would say just from a global offensive perspective, the timing of their routes are very, very, very good,” Gannon said. “The distribution of their concepts is very good. The ball, obviously, comes out extremely fast, it’s on time.

“Tom is on the same page with all the receivers and the backs. They know how to adjust their routes based off coverage. When they call certain concepts, the spacing is spot-on, the timing is spot-on and they execute at a high level. Their technique within that is very good.

“So, that’s what sticks out on the tape more than the people. We know have they have weapons all over, but it’s the same page and the continuity and the execution level is very high.”

Gannon’s philosophical adjustments since the Week 6 loss helped reverse course for his defense, which once ranked at the bottom of the league is several significant categories.

He plays more Cover 1 looks, helping his defensive front stop the run with an extra safety in the box, and plays more man defense, especially on third downs. His top cornerback, Pro Bowler Darius Slay, has trailed No. 1 wideouts and will likely be asked to man up against Pro Bowl wideout Mike Evans, who finished with a career-best 14 touchdowns and just wrapped up his eighth season of 1,000 or more receiving yards in eight career seasons.

The Eagles, thanks to a generous schedule over the past two months, finished the year ranking 10th overall in total defense and ninth in rushing defense. The turnaround has caught some outside attention as the Broncos have asked permission to interview him for the head coaching vacancy, Gannon confirmed.

But they’ve struggled in some critical area, including third down and in the red zone, and they’ve had trouble all season defending tight ends. Bucs tight end Rob Gronkowski is a five-time Pro Bowler, has made four All-Pro teams and has elevated his role since the losses of Godwin and Brown. Gronkowski, who missed the Week 6 game against the Eagles with an injury, has exceeded the 100-yard mark in each of the past two games.

Gronkowski has totaled 14 catches for 252 yards in his last two games, which should haunt Gannon throughout the week. But the bigger obstacle is disrupting Brady’s timing. The Bucs are among the NFL’s best at explosive pass plays despite Brady’s tendency to deliver quickly. They led the NFL with 76 pass plays of 20 or more yards.

Gannon relies mostly on a four-man rush to generate pressure, which can backfire against quarterbacks who strike quick and with precision.

“I mean, flat out, this guy, he’s a trained killer,” Gannon said, “and he knows how to play good offense and what he needs to do to keep his offense on track, so it’s going to be a big-time challenge.”