Eyes On The Prize

Shortly after the Eagles’ 51-26 loss to the Cowboys on Saturday night at the Linc, quarterback Gardner Minshew took the podium to field questions and reflect on a winding season that originally began for him in Jacksonville.

Coming off his second start of the season, Minshew, acquired in late August from the Jaguars in exchange for a conditional 2022 sixth-round pick, completed 19-of-33 pass attempts for 186 yards, two touchdowns and an interception in defeat. He completed just over 57 percent of his passes and compiled a quarterback rating of 81.1.

“I found out earlier in the week,” Minshew said regarding his starting status. “I went and talked to [Eagles Head Coach Nick Sirianni] and they let me know. I was very excited for the opportunity. I wish we could have taken more advantage of [the opportunities].” 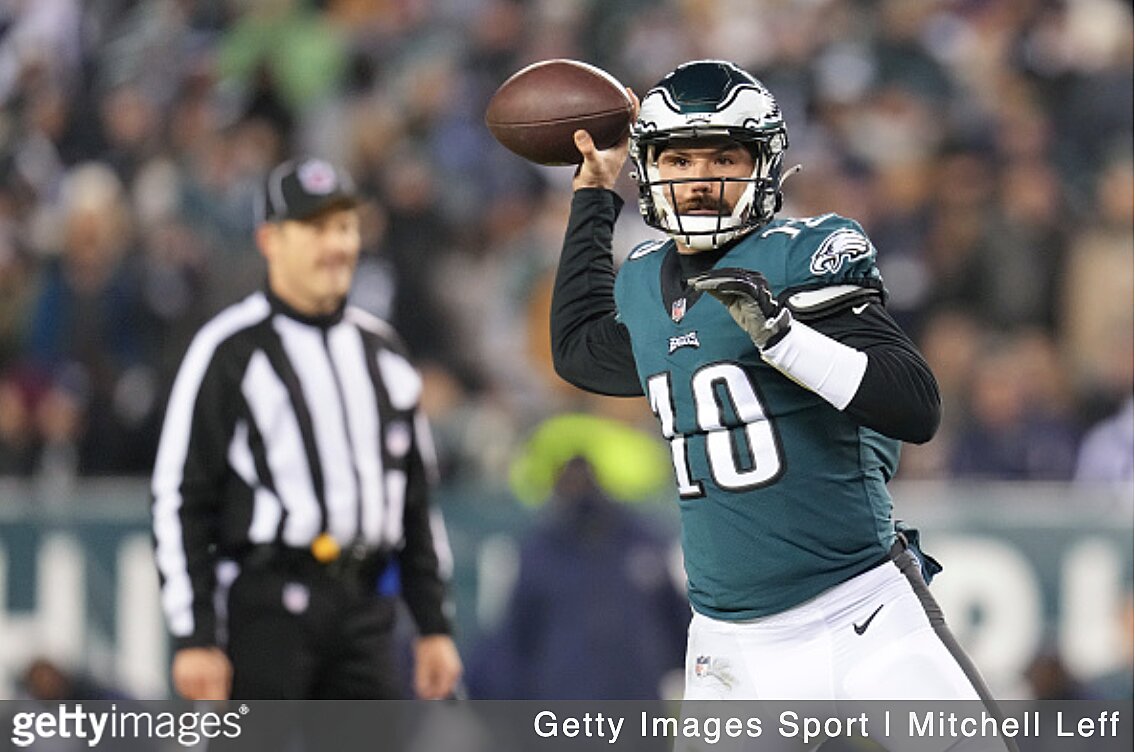 Minshew’s inspired Week 13 performance – a spot start against the New York Jets – kindled his competitive nature. According to a report from ESPN’s Chris Mortensen, the third-year quarterback reportedly met with Eagles head coach Nick Sirianni afterward to ask what he needed to do in order to seize the starting job.

Minshew, who hadn’t since spoken about the report, was asked about the extent of his interaction with Sirianni.

“Yes, that was pretty much it verbatim,” Minshew revealed. “One thing this coaching staff is big on is transparency and knowing where you stand, so I was going in there, and I am a competitive guy. We are all competitive guys that want to play. I was asking what it took and he said we are solid right now. I respect that and I am going to do everything I can to put myself in that position at some point.”

Unsurprisingly, Sirianni doubled down on his support of second-year quarterback Jalen Hurts. Hurts, of course, ultimately rebounded from a largely inconsistent start to the season and served as a prominent catalyst in the team’s second-half postseason surge.

Though Hurts has made incremental improvements as a passer in terms of decision-making, processing, and ball placement, his standing as a respected locker room leader shouldn’t be understated.

So, where does that leave Minshew?

One could argue that the 25-year-old has shown enough in his limited sample size as an Eagle to warrant a slight trade market, given the seemingly annual wave of teams looking to solidify its most important position.

Then again, Minshew still has a year remaining on his rookie contract, so it won’t exactly break the bank to keep him in the fold.

And given how much the Eagles value the backup quarterback position, they’d likely be reluctant to part ways.

Like most reserves, Minshew isn’t complacent watching from the sideline. His determination and desire to earn a starting role is evident.

Never one to take things for granted, however, Minshew didn’t mince words when talking about how much he cherishes his rare chances.

“I’m grateful for every opportunity that I get,” he said. “I do not take lightly that scarcity of it, how hard they are to come by. So, any experience that I can get, I’m grateful for and hopefully grow and get better from it.”