The Broncos are coming off a convincing 30-16 win in Dallas, limiting a high-octane Cowboys offense to just 310 yards of total offense. Head coach Vic Fangio’s team also logged a pair of sacks, five quarterback hits and an interception in an eyebrow-raising upset.

Coming off a deflating 27-24 loss at home, the Eagles will look to steal another road victory before returning home to face the Saints. 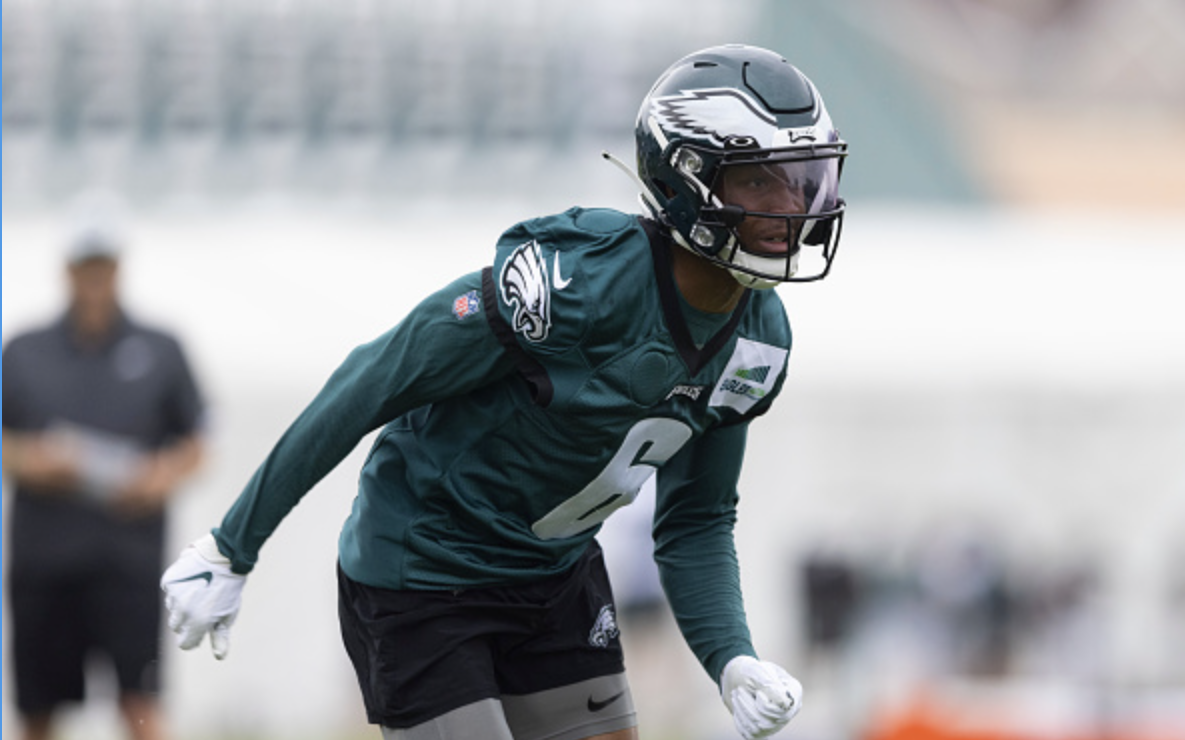 WR DeVonta Smith vs. CB Patrick Surtain II: Among the more intriguing storylines heading into Week 10, Smith is set to face his former Crimson Tide teammate for the first time at the pro level, provided that Surtain is cleared (knee). Smith is coming off a breakout performance against the Chargers, reeling in 116 yards and a touchdown on six pass targets. With the Broncos likely intent on making the Eagles a one-dimensional aerial attack this week, Smith will need a repeat performance to carry a lackluster passing game. His only expected obstacle: the physical, rangy, and technically savvy Surtain.

RB Kenny Gainwell vs. Broncos LBs: Gainwell has essentially been a non-entity on offense the past two weeks, but given Denver’s presumed tactical approach, his receiving prowess will likely be called upon. When at full strength, the Denver secondary can be stingy, so don’t expect Hurts to suddenly put the ball in harms way. Instead, expect high-percentage short throws to pepper the intermediate range in an effort to exploit the second level.

LBs T.J. Edwards, Davion Taylor vs. TE Noah Fant: Fant, second on the Broncos in pass targets (53) and receptions (37), is an athletic mismatch for the undisciplined Taylor and coverage-deficient Edwards. Last week, the Eagles allowed 11 receptions – on 11 targets – to Chargers tight ends, including a pair of touchdowns. Given Bridgewater’s conservative tendencies, the dynamic tight end could conceivably see double digit targets and find the end zone for the fourth time this season. Fant came off the Reserve/Covid-19 list Wednesday after missing the Dallas game.

DTs Fletcher Cox, Javon Hargrave vs. Denver interior: Right guard Graham Glasgow was placed on injured reserve earlier this week and left guard Dalton Risner is listed as questionable (foot). Rookie Quinn Meinerz starts in Glasgow’s place. The Eagles’ high-priced interior tandem – which hasn’t recorded a sack since Week 5 – find itself in an ideal bounce-back spot against an inexperienced interior. Additionally, reserves Calvin Anderson and Cam Fleming will be starting at left and right tackle, respectively, so the Eagles’ defensive line must win their matchups to expediate Bridgewater’s internal clock.

The Eagles are 8-5 in the all-time series versus the Broncos, winning seven of the last eleven meetings but losing each of the last three in Denver by double digits.

Eagles LB Davion Taylor: Since Week 8’s resounding win in Detroit, the second-year linebacker has undertaken a more prominent role on Jonathan Gannon’s maligned defense. While Taylor has invigorated a largely stagnant unit with speed and tenacity, teams have had success capitalizing on his inexperience and atypical size for the position. The rangy linebacker possesses tremendous closing ability, but too often surrenders plays in the passing game and isn’t a difference-maker against the run. Look for Denver to attack his side of the field with conservative passes to running backs Melvin Gordon and Javonte Williams along with tight end Noah Fant.

Broncos WR Tim Patrick: One of the more underrated wide receivers in football, Patrick can impact the game as a safety valve for Teddy Bridgewater in short-to-intermediate areas if he’s able to overcome a knee injury that rendered him a limited practice participant on Thursday and Friday. The 27-year-old is third on the Broncos in pass targets (47) but leads the team in receiving yards (509) and touchdowns (4). Though hardly a burner, the 6-foot-4, 212-pound receiver offers the size and play strength to win in contested catch situations and has evolved into a go-to receiving option. Expect Denver to exploit his size advantage and wide catch radius over the middle.

While the Eagles appear to have established a cohesive offensive formula, a stout Denver defense will likely sell out against the run and force the Eagles to lean on an erratic passing game. Jalen Hurts and the Eagles’ passing attack will pass the test, however, while Philadelphia’s woeful pass defense will allow Teddy Bridgewater to methodically march down the field and control the clock in a low-scoring affair.