Memories are short. History is often revised. Reality is always blurred by perception.

Now seems like an opportune time to remind everyone that last year’s Eagles defense, presided over by Jim Schwartz, was one of the worst defenses ever produced in team history.

Opposing quarterbacks completed 68.7 percent of their passes against Schwartz’s crew, sixth-worst in the NFL.

Opposing quarterbacks compiled a 102.4 passer rating against the Eagles last year, fifth-worst in the league.

Every time the Eagles confronted a legitimate offensive team, their defense fell apart.

Does that sound familiar? 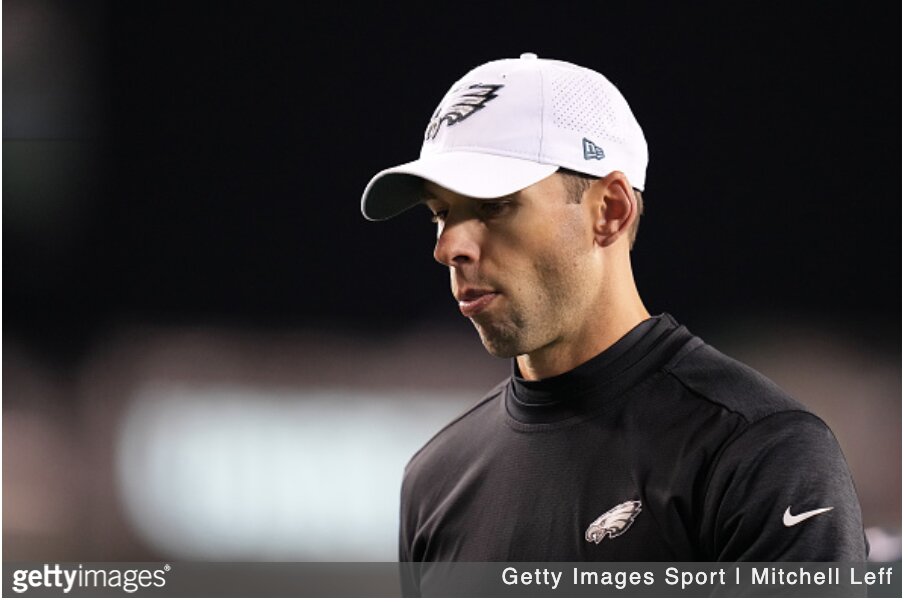 The Ravens dropped 30 on them. Washington and New York, two bad offenses, each scored 27 against them.

So, please. Let’s chill on Jonathan Gannon being the worst defensive coordinator we’ve ever seen, or this Eagles defense reaching some historical low point, or how if Gannon would play more of this coverage or more of that coverage, the Eagles would be winning these games instead of losing them.

Gannon might very well be an underwhelming play caller who’s unfit for the job, but the problems of this defense go way, way beyond the first-year assistant.

If Gannon is the biggest problem, it’s only because he’s not been part of the solution.

How can you look at this personnel — basically the same defense Schwartz was given last year, save for a changes – and not realize that talent is the No. 1 issue?

People make such a huge deal about quarterbacks completing a historic percentage of passes against Gannon’s defense – 76 percent, which if stands will be an NFL record. Yeah, it sucks. It’s grotesque. It reeks of a Charmin-soft mentality that goes against everything this city stands for.

But guess what? The Eagles didn’t perform any better last year, when they finished with the NFL’s third-most sacks. Quarterbacks got dirty and still roasted Schwartz’s defense.

Right now, even with quarterbacks taking Gannon for a ride, the Eagles rank 20th in points allowed, giving up 24.2 points per game.

But again, memories are short, history is revised, and perception clouds reality. This is somehow all Gannon’s doing despite the steady decline of this defensive personnel for several years.

Really, what was anyone expecting when the only free-agent upgrades in the offseason were an average linebacker, average safety, journeyman corner, aging situational pass rusher and some lower draft picks?

The linebacker, Eric Wilson, has already been cut. The safety, Anthony Harris, is just OK. The pass rusher, Ryan Kerrigan, is playing out of position and has no sacks.

Third-round pick Milton Williams is a decent rotational player with upside, but his flashes come and go. Fourth-rounder corner Zech McPhearson just logged his first snaps on defense since Week 1 in Sunday’s 27-24 loss to the Chargers.

I look at this roster and see years upon years of failing to draft and develop, of neglect at important positions. I see an organization that hasn’t drafted a safety who’s made a Pro Bowl for the Eagles since Michael Lewis, a rookie in 2002. I see an organization that’s drafted one above-average linebacker (Jordan Hicks) since Jeremiah Trotter’s best days in the mid-2000s.

I see an organization that time and time again has struck out on cornerbacks since the selections of Pro Bowler Lito Sheppard and six-year starter Sheldon Brown, in 2002.

That’s almost 20 years ago. Think about that.

What kind of miracles were you expecting from Gannon?

Better phrased, why would he coax any more competence from this group than Schwartz could? Schwartz had critics, but he’s still one of the game’s most respected defensive minds.

If Gannon told Howie Roseman and the personnel staff that he could win this current group, that’s on him. But that’s hubris, not coaching.

The same hubris that earlier this season led Gannon to think he could stop the run from Cover 2 looks, even without a thumper linebacker or mammoth defensive tackle.

But let’s not pretend scheme is the biggest issue here. In the past few weeks, Gannon has made several adjustments in attempt to stop offenses from moving through his defense like a bobsled through an ice tunnel.

A few weeks ago, he started to bring a safety into the box more frequently to help stop the run. More recently he shuffled his linebacker rotations, benching Wilson and demoting Alex Singleton in favor of more snaps for T.J. Edwards and Davion Taylor.

Against the Chargers, Gannon continued to mix coverages, watched his defense perform much better against the run, and came further out of his comfort zone by dialing up his most blitzes of the season, sending pressure at Herbert on just under 30 percent of the quarterback’s dropbacks.

Herbert still completed 84 percent of his passes. The Chargers still scored on every second-half possession. The Eagles still lost.

You really think more press-man is the panacea for a defense that’s played multiple looks, multiple coverages and multiple schemes for almost two years now and has been routinely torched by opposing quarterbacks?

Gannon isn’t the worst thing to happen to the Eagles’ defense in decades. This isn’t even close to the worst Eagles defense in the past 10 years.

The team’s defense has been regressing since the 2017 Super Bowl season. It’s been the same old song. Gannon is just a different lyricist.