After miring in relative anonymity for the first half of the season, Eagles rookie defensive tackle Milton Williams is finally starting to reap the fruits of his labor.

On the heels of Nick Sirianni’s galvanizing flower analogy, Williams blossomed in Sunday’s 44-6 rout against the Detroit Lions, totaling four tackles – two for loss – and his first career sack.

For his efforts, Williams was rewarded with his first game ball. 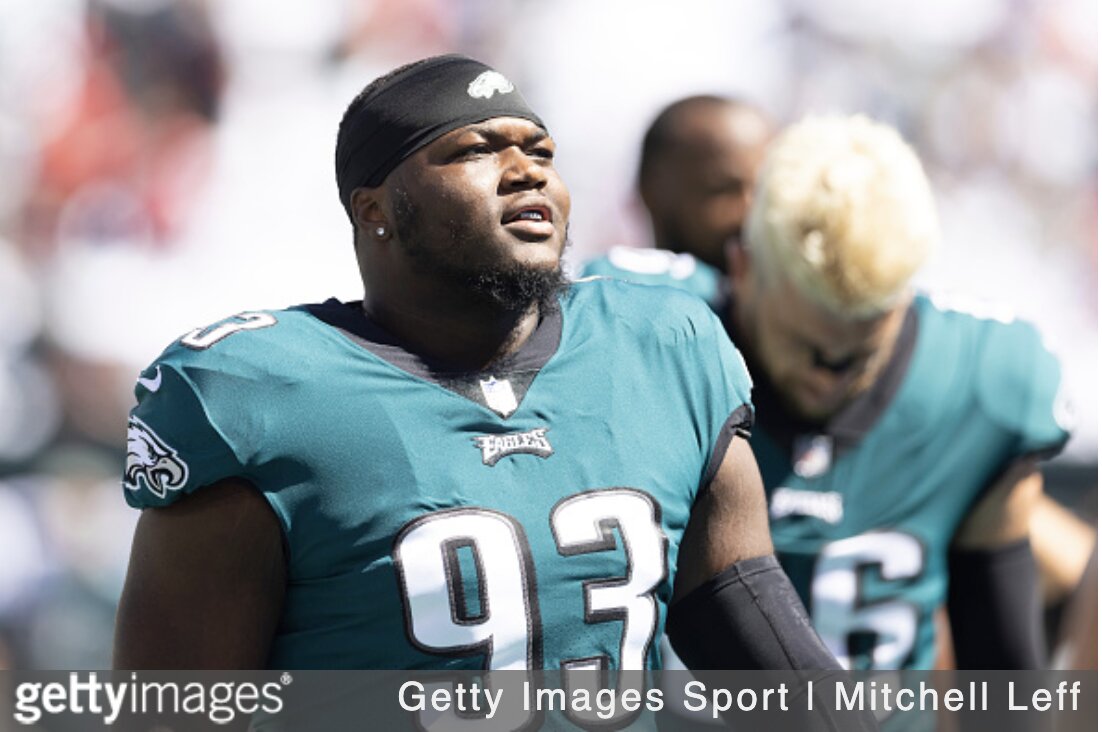 Milton Williams played his second-most snaps vs. the Lions

But the gesture was merely a byproduct of the rookie’s diligence behind the scenes.

“That moment was big,” Williams said Wednesday. “I’ve been putting a lot of work in and a lot of people on the outside don’t see the work that you put in. But to finally get some stats on the stat sheet … Like [defensive coordinator Jonathan Gannon] said, I know I’ve been doing my job, what they’re asking me to do on defense. But to finally get it on paper, that, ‘Well, he got a sack and a couple TFLs and things like that.’”

Williams’ third-round selection was met with noticeable elation on draft night from Howie Roseman, the Eagles’ executive vice president and general manager, but the Louisiana Tech product hardly projected as an early contributor despite joining a thin interior unit.

Despite compiling 104 tackles – 19 for loss – and 10 sacks over his final two seasons at Louisiana Tech, the 6-foot-3, 284-pound interior lineman sported a ‘tweener body frame and lacked prototypical length for the position at the pro level.

Still, Williams’ innate power at the point of attack, hand usage, and understanding of leverage presented an intriguing skill set to a high-priced, top-heavy position group.

The rookie has managed to parlay his dominant traits into a prominent rotational role through eight games, totaling 214 snaps and accounting for over 38 percent of the defensive snaps.

Williams played the second-highest snap total of his career against the Lions (34), making a convincing case for an expanded role.

“He’s improving every day,”  Gannon said Tuesday. “A lot of stuff for any rookie is new, and just what we ask him to do and different things in the run game, in the pass game, he’s improving in those things.

“And that’s the thing, like, what we’ve talked about with production. Does the guy consistently do his job and then when the ball comes to him, does he make the play or not? That’s really, ultimately, what you’re looking for, and Milton did that. And it was good to see him have some success and some production, even though he’s been producing within our defense.

“But on the stat sheet, it shows up that he made some plays and some impact plays for us. That was the reason he got the game ball.”

To put Williams’ rapid ascent into perspective, the rookie went from earning his first game ball to nearly becoming a starter in the span of four days, as trade winds swirled around Fletcher Cox as Tuesday’s 4 p.m. deadline neared.

While moving the six-time Pro Bowler would’ve impacted the defense and salary cap, a trade also would’ve left a formidable void in the locker room. The 22-year-old Williams cited Cox as a valuable resource and instrumental to his development.

“I’m glad Fletch is still here,” Williams said. “He’s a great player and a good player to learn from. He’s been big for me as far as my career – him, B.G., Grave, and all the other D-linemen that we got. They’ve been helping me a lot. So, I learned a lot from him and I’m glad he’s still here.”

But it wasn’t until Sunday’s breakout performance that Williams was able to demonstrate his learnings and contributions from a statistical standpoint. Staying consistent with the successful formula that has brought him this far, however, Williams has already pinpointed a specific area in need of improvement.

“Just being more consistent as a pass rusher,” Williams acknowledged. “I think I’m pretty good as far as in the run game – coming off, striking my guy, making sure I’m staying in my gap – but I just want to be a more consistent, polished pass rusher.

“You don’t want to have too much on your mind. You need to have one or two moves and a counter, and that’s it. Because if you go out with too much, then you’ll be out there and you’ll not know what to do and you’ll be inconsistent. So, keep the menu short and perfect the things that you got on your menu.”