The team meeting, of course, was fueled by a demoralizing two-game skid that accentuated the troubling trends and blemishes that have persisted for over a month.

Ordinarily, a loss to the defending Super Bowl champions followed by a road defeat to an upstart team would hardly constitute as cause for concern, but it’s how the Eagles continuously ended up on the wrong end of both blowout losses that has the public with its finger on the panic button after seven weeks. 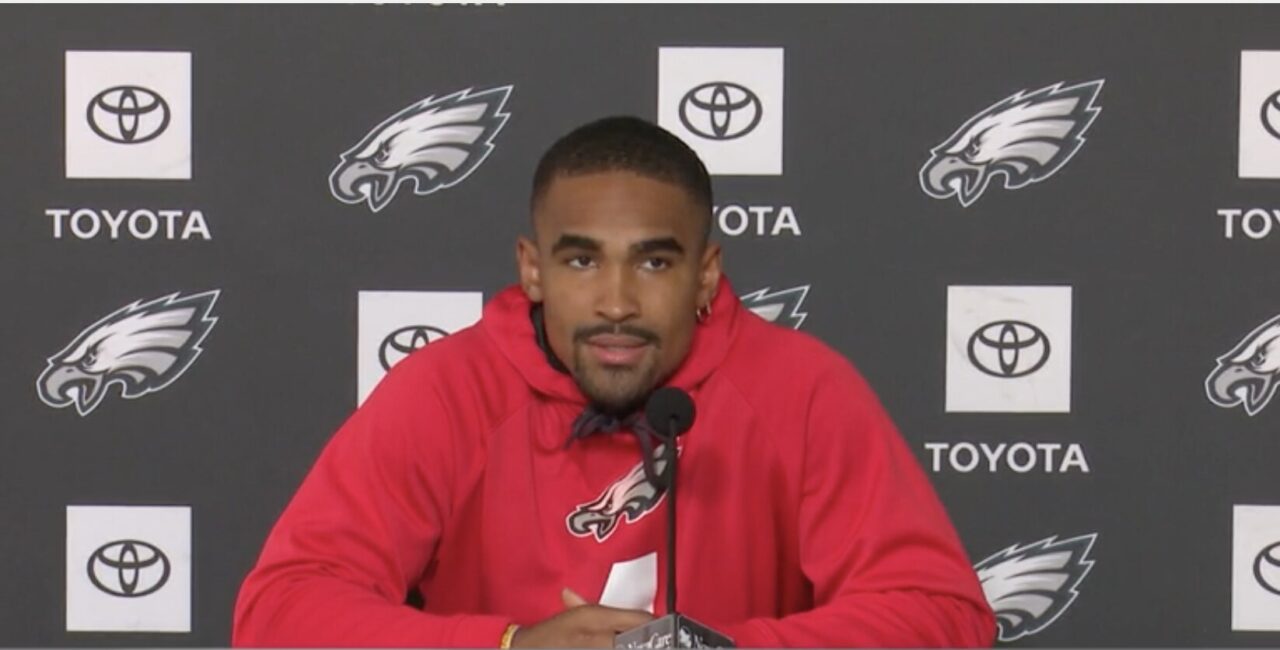 Hurts, one of six Eagles captains, maintained Wednesday that the team is nearing a breakthrough.

The overall theme coming from the meeting: The Eagles  just need to get out of their own way.

“I’ve said it all year and I believe it, I still believe it,” Hurts insisted on Wednesday. “We had a very productive team meeting today. Very productive. And, you know, we’re right there.

“It’s all self-inflicted things that have stopped us, and really, we’ve kind of stopped ourselves in a lot of these situations. So, we just have to overcome that and stop beating ourselves.”

Hurts’ tone carried more optimism than some of the comments made by players and coaches directly after Sunday’s 33-22 loss. One could fairly question Hurts’ definition of “right there.”

Players who were once expected to be productive pillars of Gannon’s new defense, such as six-time Pro Bowl defensive tackle Fletcher Cox and recently extended edge rusher Josh Sweat, have largely been rendered ineffective while a deficient second level has shown to be overmatched in the running game and easily dissected on short-to-intermediary routes.

Cox lamented some of Gannon’s play calls after the game.

Meanwhile, Sirianni has accepted blame for showcasing a novice offense devoid of balance, rhythm, and creativity. His inability to create an innovative offense, mask the limitations of his quarterback, adjust in-game, and establish an identity have prominently contributed to his team’s downward trend.

The stagnant offense that the first-year head coach architects is is still engineered by the stoic Hurts, who remains the starter despite Gardner Minshew’s recent promotion to the backup role after the Joe Flacco trade.

Hurts has thrown for 1,716 yards, 10 touchdowns against four interceptions, and posted a 61.2 completion percentage, while adding 361 yards and five touchdowns on the ground.

But numbers can be deceiving, as the Eagles’ offense has compiled yards and points only after the outcome has been decided. The Eagles have mastered the art of moving the chains against red-carpet defenses in garbage time.

“I think it comes down to the one thing that I’ve always said, and that’s just executing, and doing that and believing in that,” Hurts said. “I think every player believes in themselves here on this team and we all believe in the coaches, too. So, it’s just putting it together.

“The coaches aren’t the ones that have the penalties or false starts or things like that. Those are things that we control, so we have to do a better job of that. And when we do, we win.”

The Eagles’ upcoming slate is conducive to a late-season turnaround, but none of that matters if the team fails to remedy its underlying flaws and come away with more wins.

Team meetings are frequently symbolic of a last-gasp attempt to preserve a season and promote unity when all other options have been exhausted. In certain instances, they  can galvanize a locker room and help hit the proverbial reset button.

Hurts said Sirianni’s messaging about the Eagles growing toward something, like roots eventually becoming a flower, struck the right chord with the team.

“I just think Coach, he voiced himself, he voiced his opinion,” Hurts said. “We just want to build. It’s time. Why not now? For us as a football team, why not go and take that step? Why not do it now? I believe we have everything here we need.”