“Gotta Be Able To Run It” 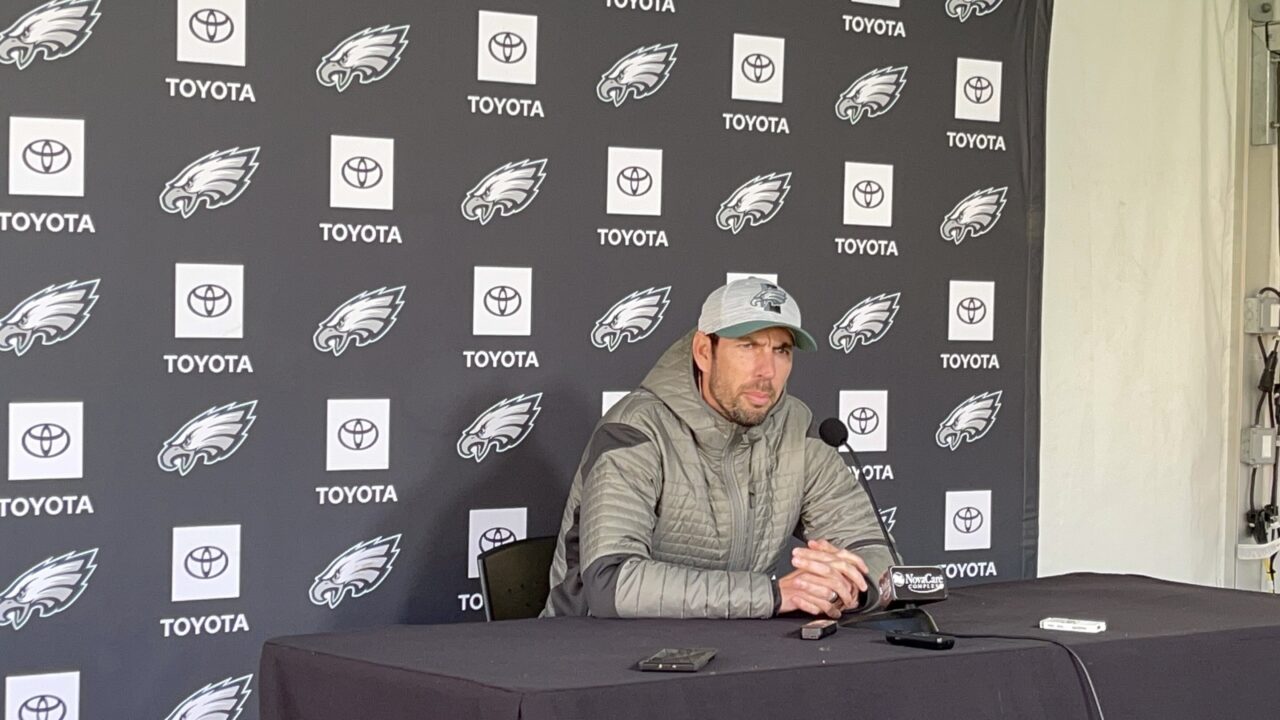 Defensive coordinator Jonathan Gannon’s tentative plan of attack – a largely passive, read-and-react approach utilizing multiple fronts and protecting against explosive plays – is flawed, but even the first-year coordinator has at least shown a willingness recently to scheme around his personnel.

While Gannon’s vulnerable unit has hardly performed to standard and remains subject to scrutiny on seemingly every series, perhaps the most troubling aspect of the team’s 2-4 start continues to be an offense devoid of ingenuity.

First-year head coach Nick Sirianni and veteran offensive coordinator Shane Steichen were expected to craft a fast-flowing blueprint that prioritized facilitating the ball to its playmakers in space while accentuating the strengths of its personnel, specifically second-year quarterback Jalen Hurts.

Surprisingly, the Eagles rank 13th in rushing yards (682), though 300 have come courtesy of Hurts. The dynamic running back tandem of Miles Sanders and Kenny Gainwell have combined for just 370 yards on 78 carries.

Rather than instituting a balanced approach and adding a physical element that teams must account for, Sirianni’s aversion to the running game — coupled with an erratic aerial attack — has rendered the Eagles’ offense as unassertive and one-dimensional.

But the perception of the offense’s underwhelming physicality also stems from the glaring absence of a big-bodied pass-catcher on the perimeter and the inexplicable underutilization of tight end Dallas Goedert, especially around the middle of the field.

The apparent oversight has left the offense with a contingent of quick-twitch, speedy — albeit undersized and finesse — group of wide receivers. The notable omission of Geodert has continuously hindered the team in red-zone and contested-catch situations and narrows throwing windows for a quarterback who’s struggling with ball placement.

Despite the Eagles’ surplus of game-breaking speed at wide receiver, handsy cornerbacks negate finesse with physicality at the line of scrimmage, effectively disrupting the timing and rhythm of the passing game. Softer coverages that back corners way off scrimmage make it even tougher for Eagles receivers to use speed to their advantage.

As the Eagles prepare to face a surging Las Vegas Raiders team, it’s imperative that Sirianni and Steichen conjure ways to exploit Goedert’s frame, catch radius, and innate intangibles to add another dimension to what has been an unassuming offense through six weeks.

Still, Steichen insisted that the Eagles have shown more physicality than the product suggests.