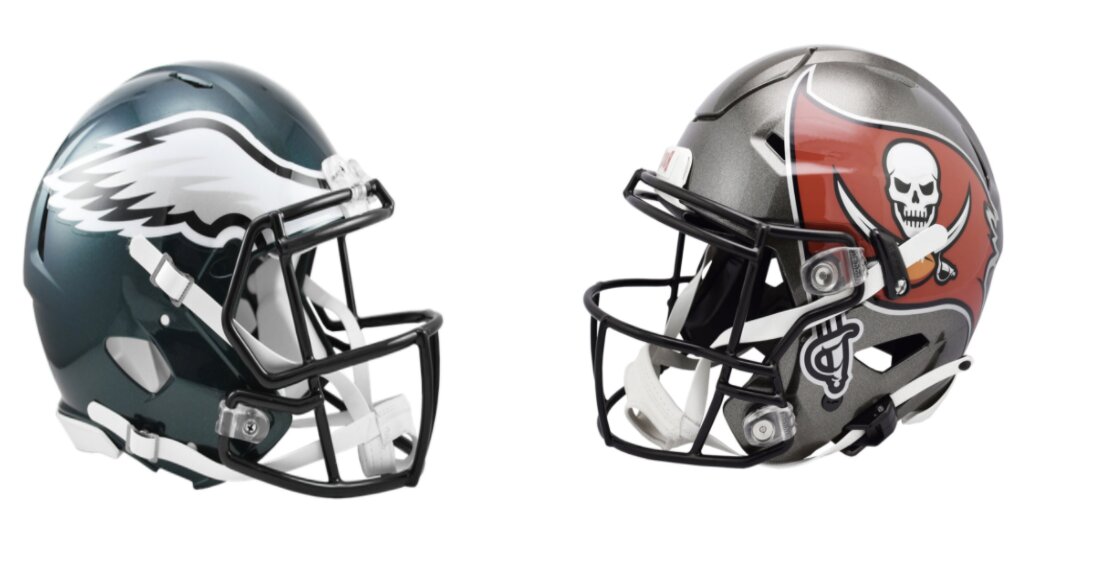 Led by 14-time Pro Bowler and seven-time Super Bowl champion quarterback Tom Brady, the high-powered Bucs (4-1) are coming off a convincing 45-17 win over the Miami Dolphins, while the Eagles (2-3) are hoping Sunday’s hard-fought road victory against the Carolina Panthers serves as a springboard and redirects their course.

RB Miles Sanders vs. Bucs’ front seven: The Bucs bring their top-rated run defense to the Linc – perhaps a predetermined, built-in excuse for a pass-happy Eagles coaching staff – but the game plan this week must indicate a willingness to establish the run for tactical purposes. Sanders, who has just 20 carries the past three weeks, needs to be a focal point early to alleviate pressure from the Eagles’ young quarterback, to diversify play-calling, and to keep a lethal Bucs offense on the sideline. Sanders might not gain much traction early, but the Eagles must commit to the ground game to stand a chance.

WR DeVonta Smith vs. CB Richard Sherman: Smith has commanded 18 targets the past two weeks, reeling in 14 receptions for 199 yards. The route-running wonder has an innate feel for finding the soft spot in defenses and has the skill-set to impact all three levels of the field. The 33-year-old Sherman, albeit lengthy and physical, lacks the fluidity, long speed, and short-area quickness to cover Smith without assistance at this stage of his career. Look for several short-to-intermediate connections from Hurts to Smith early, setting up a downfield shot play later in the contest.

DTs Fletcher Cox, Javon Hargrave vs. Bucs’ interior OL: Tampa Bay’s stout interior is comprised of left guard Ali Marpet, center Ryan Jensen, and right guard Alex Cappa. The trio protects Brady against interior penetration, allowing him to step up in the pocket and scan the field so he can deliver to his array of weapons. But if the Eagles expect to stymie a high-powered Bucs offense, it ultimately starts up front with Cox and Hargrave. Each registered a sack a piece last week against a scattershot Sam Darnold and both will need to play off each other in an effort to fluster the statuesque Brady by moving him off his spot and hastening his reads.

CB Avonte Maddox vs. WR Antonio Brown: Eagles corners likely won’t be traveling, but I’ll be keeping a close eye on how they plan to slow Brown, who tormented the Dolphins for 124 yards and two touchdowns on seven catches. While the nickel cornerback Maddox will likely see his share of Chris Godwin as well, Brown figures to get most of the inside work. Maddox, coming off a standout Week 5 performance, matches up well with Brown from a size perspective and his instincts and short-area quickness should help to mitigate the explosive plays.

Tampa Bay’s kick returner/punt returner is wide receiver Jaydon Mickens. Mickens has returned five kicks for 129 yards and yielded 33 yards on five punt return opportunities. Kicker Ryan Succop is 7-for-9 on field goal opportunities (77.8 percent) and 20-for-21 on extra point attempts (95.2 percent). Fifteen of his 18 kickoffs have been touchbacks. Punter Bradley Pinion has logged 742 yards on 17 punts. Twenty-five of his 32 kickoffs have been touchbacks.

For Philadelphia, wide receiver Jalen Reagor handles kick returns as well as punts. He has managed 90 yards on three kick returns and 52 yards on 10 punt-return opportunities. Jake Elliott is 7-for-8 on field goal opportunities (87.5 percent) and 10-for-10 on extra-point attempts. Fifteen of his 24 kickoffs have been touchbacks. Punter Arryn Siposs continues to impress, accruing 927 yards on 20 punts (46.4 yards per punt).

The Eagles have compiled a 10-9 all-time record against the Buccaneers (including playoffs). The last time the Eagles defeated a defending Super Bowl champion was on Dec. 6, 2015 in New England. Since 2016, the Eagles are the only team with an undefeated record in Thursday night games (6-0).

Eagles WR Jalen Reagor: Out-snapped by fellow wide receiver Quez Watkins 55-47 last week in a dismal showing against Carolina, Reagor will be eyeing a rebound in prime time. The 2020 first-round pick has been sparsely utilized through the five weeks but faces a porous Tampa Bay secondary that will be without starting safety Antoine Winfield. While rushing yards figure to be few and far between against a stingy Buccaneers’ front, look for the Eagles to implement the short passing game as an extension in an effort to get its playmakers the ball in space. Reagor’s short-area quickness, burst, and ability to churn out yards after the catch could give a stagnant offense a shot in the arm and allow Hurts to establish an early rhythm.

Bucs RB Leonard Fournette: The Eagles enter Week 6 with the 30th-ranked run defense, surrendering 710 yards and four touchdowns, and will be tasked to slow a punishing downhill runner in Fournette, who rushed for 67 yards and a touchdown on 12 carries against the Dolphins last week. He should see early success, much like Falcons running back Mike Davis did in Week 1 before the lopsided score altered Atlanta’s plan of attack. A prototypical volume runner who specializes in wearing defenses down late in the game, Fournette will be troublesome if he continually reaches the undersized second-level of the Eagles.

Returning to the Linc after stealing an improbable win on the road, I expect the Eagles to establish an early rhythm and unveil a sound plan of attack in the prime-time matchup. However, a young Eagles team will inevitably succumb to too many mistakes against the dynamic, veteran-laden Buccaneers.