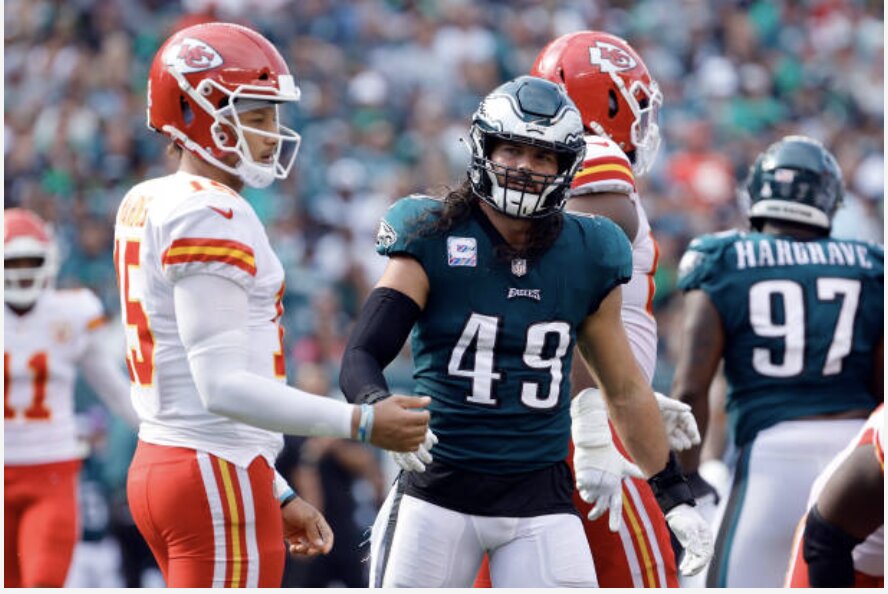 Those who expected Jonathan Gannon to implement a new wrinkle into the Eagles’ defense, something specifically designed by the first-time coordinator to reverse the team’s trend of allowing big chunks of rushing yards, were mistaken.

The Eagles were, too, thinking they could stop Kansas City’s running game without any changes. Gannon’s defense gave up 40-plus points for the second time in six days and watched the franchise’s former coach, Andy Reid, and the Chiefs feed their ball carriers a steady diet of runs that the Eagles just couldn’t stop.

There wasn’t much innovation or guise in the Chiefs’ run game; just a heaping helping of inside zone that enabled the new-look Chiefs offensive line to generate push against the Eagles’ defensive front, allowing running backs Clyde Edwards-Helaire and Darrel Williams to grind out 144 rushing yards on just 24 carries – right on the heels of the Eagles allowing the Cowboys to churn out 160 rushing yards in a 41-21 blowout of the Eagles.

More interesting than Sirianni’s observations from his tape breakdown of Sunday’s loss will be his plan – or Gannon’s – plan to rectify the problem.

Signs of the Eagles’ problems in run defense started in the preseason, when the Steelers and Patriots both ran more rushing plays in their exhibitions against the Eagles than the Eagles ran total plays. The concern carried into the season opener, when Falcons running backs Mike Davis and Cordarelle Patterson gashed Gannon’s defense for more than 100 rushing yards in the first half before the team fell behind by double digits and was forced to abandon the run.

But Gannon hasn’t done much, if anything, schematically different to change the outcomes.

Gannon’s preference on Cover 2 looks that align both safeties further away from the line of scrimmage force the Eagles to defend the run with light boxes, usually six defenders until the safeties come down post-snap to help swarm to the ball. Teams have generated pushed up front against the Eagles’ defensive linemen, who for the past few years were playing an entirely different scheme that called for bursting upfield, and linebackers have struggled to get off blocks and occupy gaps.

Some coaches don’t mind allowing their opponents to move the chains on the ground, knowing the difficulties of marching downfield without fumbling or turning the ball over, but the Eagles only have two takeaways in four games. Even with their first interception against the Chiefs, the Eagles still surrendered six Chiefs touchdown drives that covered at least 70 yards, including a 98-yarder.

If the Eagles are trying to adopt a bend-don’t-break approach, they’re bending too much and appear close to snapping in the middle.

Veteran corner Darius Slay admitted that growing pains within a new scheme are to be expected, but Slay also didn’t seem to be accepting of those pains.