“Feels Like A Rebuild:” Q&A With Quintin Mikell, Jason Avant

Q&A: Birds Not Ready To Contend

Monday night was forgetful for Eagles fans everywhere. After a lackluster performance in Week 2, Jalen Hurts and the Eagles responded by sleep-walking against their biggest division rivals, the Dallas Cowboys.

Former Eagles wide receiver Jason Avant and former Eagles safety Quintin Mikell had plenty to say about Monday’s disaster.  On the latest “Q&A” on Inside The Birds, they discussed the lack of urgency, and the team’s failure to meet the moment. 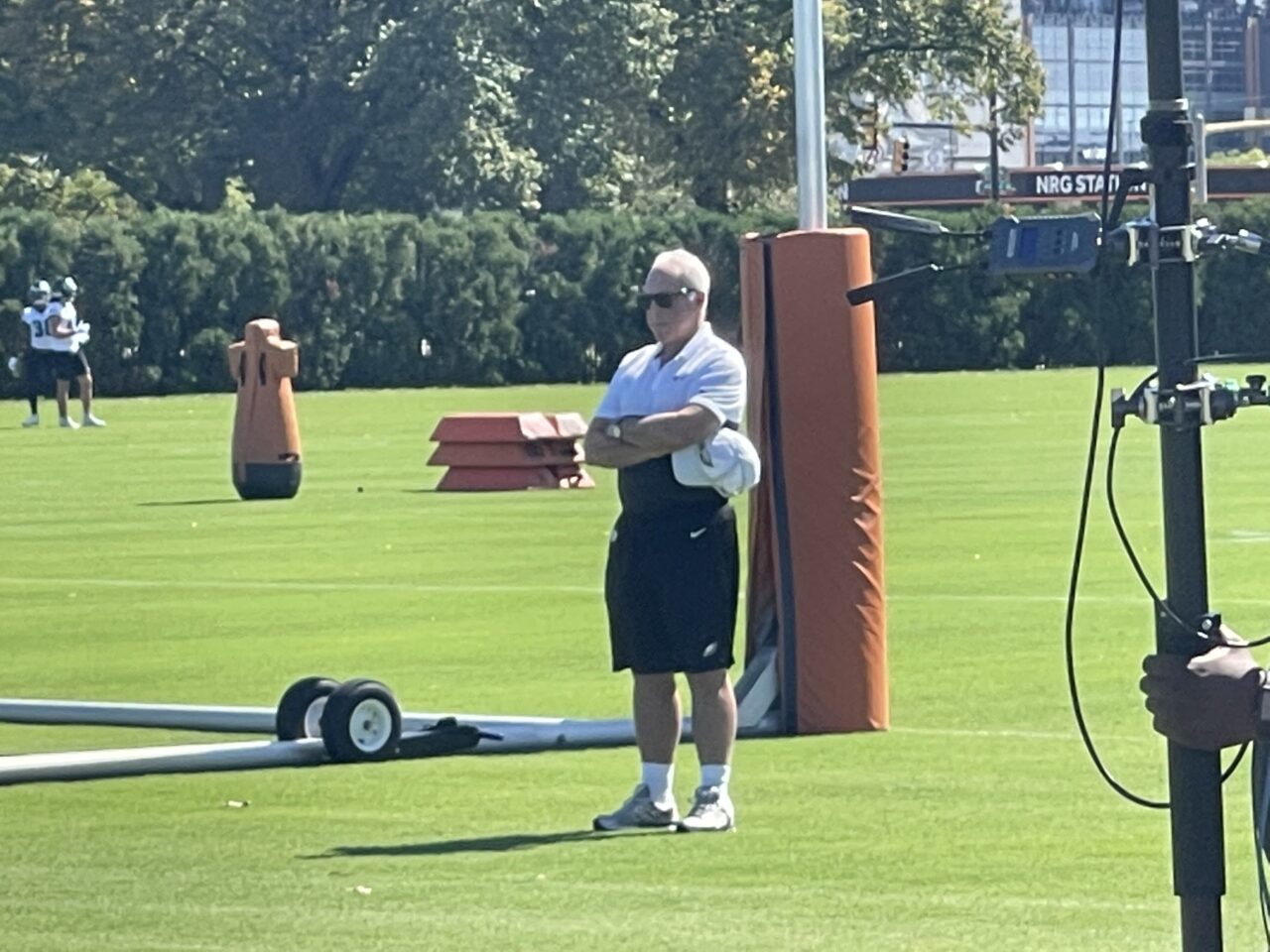 ITB photo: Does Eagles owner Jeffrey Lurie see a contender in his 1-2 Eagles?

“With all of the things that have been said and transpired over the past few weeks — to come out and lay an egg like that, it’s pitiful,” Avant said. “It felt like we weren’t in the moment, we cowered in the moment.

“We weren’t ready for that type of physical play. And again, I can’t put it all on the players, we got out-coached. too. We keep getting out-coached.”

While discussing the mind-boggling decision to limit Miles Sanders to just two carries for the game, Mikell noted that running the ball will be a necessity for the Eagles to be successful moving forward.

“You have to run the ball, it’s like a broken record — we just keep saying it over and over again,” he said. “ To me, that’s the thing that’s the most difficult about it. It’s not that hard. Especially when you have an O-line that’s designed to get off the ball and try to roll over people.”

Also discussed: Eagles linebackers tendency to sit back in coverage and missed opportunities against the run, the overreliance on soft Zone defense, and why the Eagles might be closer to rebuilding than contending.

“This is not cutting it, it’s just not,” Avant said of the linebackers.  “We have guys that will not go to an open space … there’s two guys getting double-teamed, that means the linebackers just need to step up into a gap. They stayed in the middle and did not shoot any of the gaps. I’m like, ‘Dude, go to the open space, the running back is going to be there.’ It’s not that hard, and that’s why I was pissed off about that.”

With what the Eagles have shown these past two weeks, Mikell believes the Eagles are clearly rebuilding.

“It’s funny because throughout the offseason, and after the first game, this didn’t feel like a rebuilding team,” he said. “After Monday night and the previous week, this really feels like a rebuild. There’s so many holes. There’s so many young players that we’re relying on that aren’t ready yet. There are just so many issues with this team.”