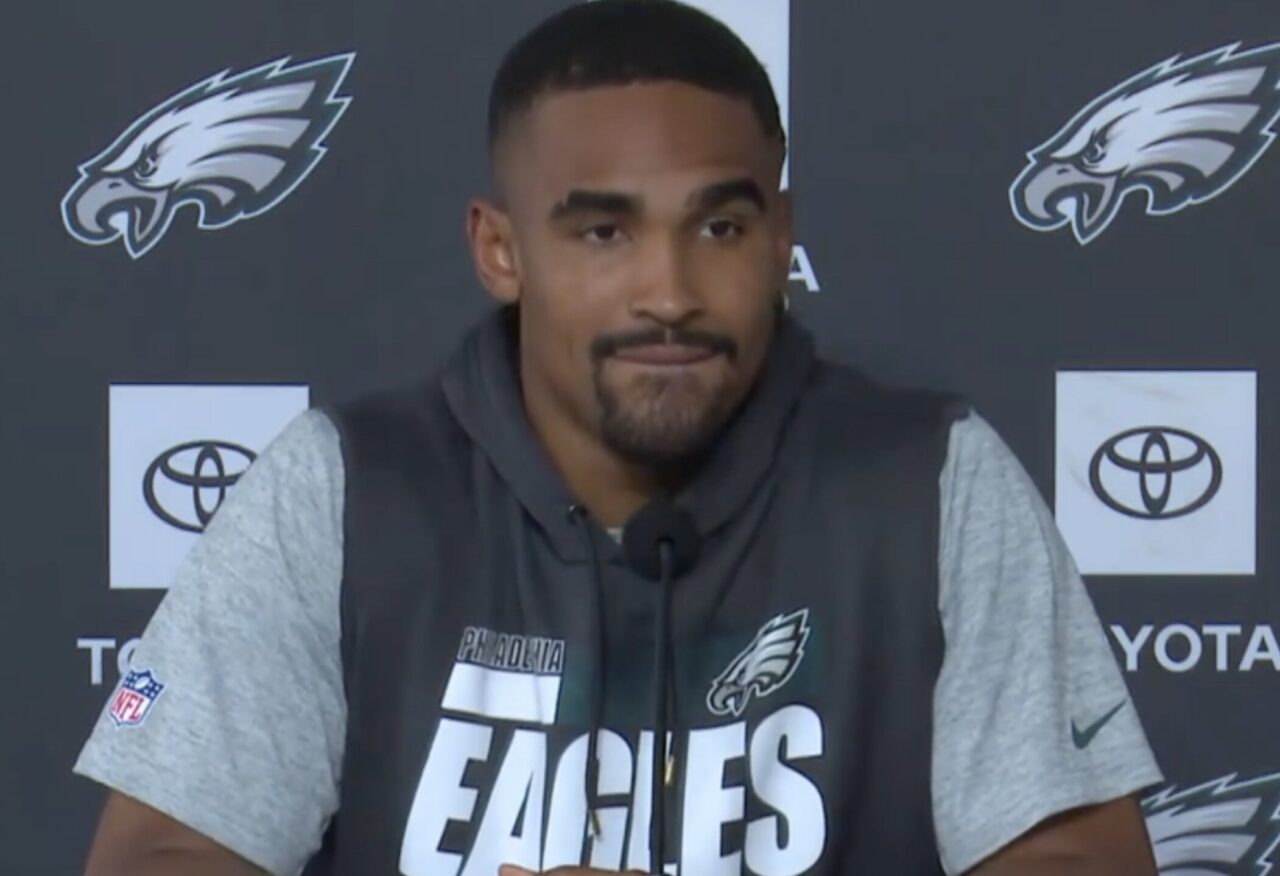 (ITB photo: Jalen Hurts said the identity of the Eagles’ offense starts with him, and he needs to play better)

After taking a day to assess the film from Monday’s demoralizing 41-21 loss to the Dallas Cowboys, Eagles coach Nick Sirianni addressed the media Wednesday at the NovaCare Complex.

While Sirianni impressed in his head-coaching debut against an overmatched Falcons team, his last two coaching efforts have yielded considerable skepticism and scorn. The identity of his team – once believed to be that of discipline, details, and scheming to the strengths of his personnel – has been virtually non-existent.

Just as Sirianni has come under fire as of late, so has second-year quarterback Jalen Hurts, who completed 25 of 39 pass attempts for 326 yards, a pair of touchdowns but also two costly interceptions in Monday’s debacle. He looked very much like a quarterback making his seventh NFL start.

Revered for his confidence and steadfast pursuit of improvement, Hurts – much like the team itself – appeared unprepared for the bright lights of Monday Night Football, hastily escaping the pocket rather than allowing routes to develop and struggling with ball placement for a second consecutive week.

“I heard something one time where his off-schedule throws on first and second down were like 50 percent, or whatever it was,” Sirianni said. “And then I heard that our old quarterback in Indy, Philip [Rivers], was like 14 percent. So they were at the vast difference of the spectrum – one was No. 1 in the league, one was 32, whatever it was.

“My point was to him is, ‘Hey, we’ve got to bring that from 50 [percent] to 35. And by no means do I want you to get to 14 because you guys are different players. But get that to 35.’ I think that’s what he’s [aiming for] — because he still has this unbelievable weapon of being able to extend plays and being able to make things happen out of the pocket.”

Improvisation and extending plays outside of structure is one of the innate qualities that gives Hurts an advantage over many of his peers, but there must be a more calculated process in making those determinations.

Teams will inevitably force Hurts to throw from the pocket, eliminating his most prominent intangibles, so working through progressions and scanning the field will be paramount to navigating a functional offense equipped for long-term success.

“Yes, we want him to throw in rhythm, but we don’t want to limit him to who he is and what he can do,” Sirianni said. “Again, it’s a fine line there. I think he’s done a better job. Are there plays that I thought he got out of the pocket too quick? Sure, there’s going to be a couple of those.

“But those are things that we’re constantly talking about. Again, I’ve got to do my job as a coach of, yes, getting him at 35 [percent off script], but not limiting him to what his strengths are and who he is as a player.”

In his press conference, Hurts focused less on the percentages and said if the Eagles win, style points won’t matter. But he also said admitted that he needs to play more efficiently for the Eagles to win.

“We need  to be efficient and establish the line of scrimmage and be efficient with what we do,” he said. “It starts with me. I’ll be better for this team.”