Would Birds Say No To Dillard Deal?

Super Bowl week has arrived, which means the end of the 2021 NFL season is nearly upon us.

On the latest Inside The Birds podcast, Adam Caplan – from Radio Row in Los Angeles – joined Geoff Mosher to preview the Super Bowl and discuss the latest moves around the NFL. They also talked Eagles and NFC East storylines. 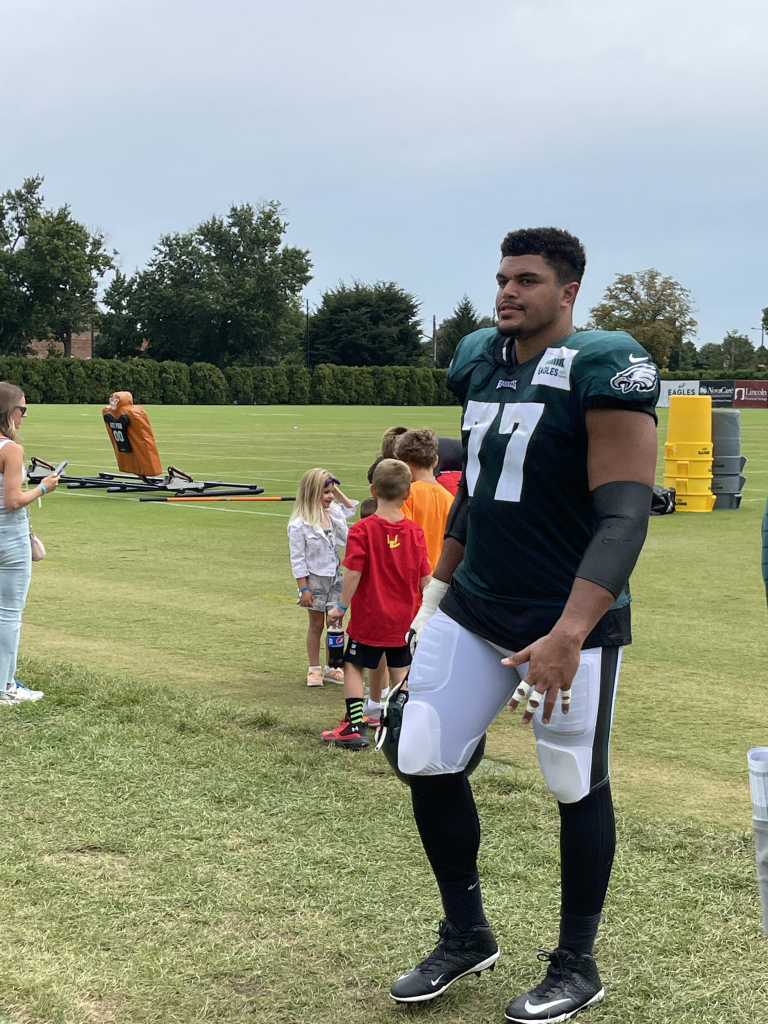 ITB photo: Teams have inquired about Andre Dillard in the past

Geoff Mosher: “The Rams’ defensive line is going to be a real problem for Joe Burrow and the Bengals offensive line. I think it’s going to catch up to them that they’ve kind of won games despite Burrow taking some sacks and having to throw on the run or go and make plays outside the pocket.”

Adam Caplan: “If Press Taylor does join them, Doug [Pederson] believes in this guy and that’s all that really matters. He just has to be right. In the end – we don’t talk about this enough – it is so important for a head coach, and I learned this from Joe Banner working with him at ESPN. He explained to me that the first thing he would do when he would interview potential head coaches, he’s like, ‘Who’s your staff? What’s your staff look like?’ Because you have to have a good staff. When you don’t have a good support staff – ask Andy [Reid] that when he’s lost his lieutenants over the years. It becomes a lot harder to win.”

Caplan: “Why can’t [the Eagles] draft the safety in the second round? What is so bad about drafting a safety who’s athletic and smart? The game has changed, [Greg] Cosell told us this. When he started watching tape it was ‘OK, you’ve got your deep safety and you got your in the box safe and that’s it.’ It’s not like that anymore. You can’t be so risk averse to being better in the secondary. I think it’s wrong, that philosophy the Eagles have. I just think it’s wrong.”

Caplan: “So [the Eagles] love having that depth on the offensive line. I remember talking to them around the trade deadline and then also right before the season started when teams had to get down to 53. Then I talked to teams that called them about Dillard, I still find this hard to believe, but the person I talked to would not be lying. One of the teams –  I know actually multiple called about Dillard – said the Eagles really did not want to trade him. They felt like anything can happen … teams I have talked to feel like a third-round pick would get it done. Now, we’re talking the third week of March when the training window opens. If you’re the Eagles, how do you not move him if you get a third round pick?”

Mosher: “I don’t know how you could not trade Andre Dillard for a third-round pick. How could you say no to that?”