What Now For Birds Defense?

There’s been plenty of talk surrounding both current and former Eagles coaches, headlined by Doug Pederson being hired recently as the Jacksonville Jaguars’ next head coach.

On the latest Inside The Birds podcast, Geoff Mosher and Adam Caplan discussed the Pederson hire, Jonathan Gannon staying in Philadelphia, the Senior Bowl performers. 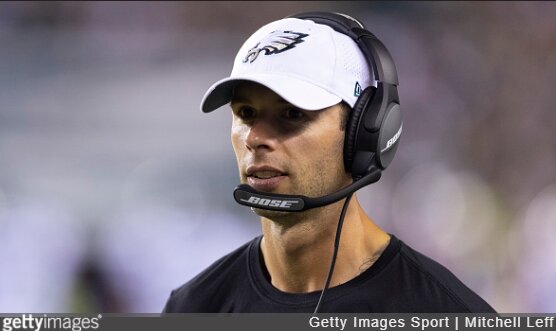 Adam Caplan: “So what we’re hearing is Press Taylor is on [Doug] Pederson’s radar to be offensive coordinator. I’m not saying it’s gonna happen, he also would have to interview and, in fact, I know he has other guys in mind as well, but Press Taylor is on his list for offensive coordinator. Again, it doesn’t mean it’s gonna happen. Let’s call it like it is: One of the reasons why he was fired [as Eagles head coach] was not only because of his coaching staff, of guys that he insisted on being promoted and so forth, but his just inability to evaluate his coaches properly is what we had heard from Eagles sources for years.”

Caplan: “You’ve got to be able to coach your players hard. He became too close to Carson Wentz. This is a mistake. Doug’s got to make sure that Trevor Lawrence is coached hard. Coaching hard means repetition and holding players accountable. That was an issue for Peterson and [Press] Taylor together, we’re told.”

Caplan: “So [Jonathan] Gannon is back. It’s really important because they’ve got free agency meetings now. They need to know what kind of scheme [they’re running] because remember, they’re running more of a hybrid scheme than we imagined they would. So they have to know what he wants. He’ll be in the free agency meetings, draft meetings now, that’s very important now that we’re into February. This is really late for them to get the coaches involved, particularly Gannon so they’ll do that. We have not heard of any coaching changes so far. I don’t want anyone to get fired or move on, but [Geoff Mosher] has said it before – this team hires and fires coaches more than any team, it seems like.”

Mosher: “I’ve said that no team who makes the playoffs also hires and fires assistant coaches and position coaches more than the Eagles. Now to your point, it’s really important that they finally had some closure and clarity on Jonathan Gannon, because now that you know he’s back as defensive coordinator, he is obviously gonna have some input on the coaching staff as well. Ultimately, it’s Nick Sirianni, his decision, and anybody above Nick Sirianni who wants to weigh in – as has been done before. But listen, I was told that there are staff members – and Nick Sirianni said this, but it’s been two weeks now – who are still being evaluated, who are still being analyzed, and so just because nothing’s happened, doesn’t mean that everything is settled.”

Caplan: “You don’t see a lot of co-personnel directors. So the Eagles have lost two and I’ll be interested to see what [Howie] Roseman and [Andy] Weidl do. Do they give Dave Caldwell more responsibility? Because he would have to move from Jacksonville back to Philly, if that’s what they’re gonna do. T.J. McCreight is a guy that Andy Weidl knows very well, he brought him in from Baltimore, he was an up-and-coming guy many years ago, bounced around a little bit with the Colts. Then Max Gruder is their assistant director of pro scouting who came over from the Dolphins, I remember Max as a player. Max is a young guy who could move up to become the pro scouting director if they want to do that. So there’s an opportunity here to give some of these guys, as we mentioned, more responsibility. So we’ll see what happens here but look it’s rare that you lose two guys. It’s one person then two, you don’t typically see that.”