ITB: Birds Still Have Many Holes To Fill

With the NFL free-agent list continuing to get smaller as players sign elsewhere, can the Philadelphia Eagles still fill their remaining holes?

On the latest Inside The Birds podcast, Geoff Mosher and Adam Caplan discussed where the offense and defense both stand, and how the Eagl4es can still improve via free agency and NFL Draft. 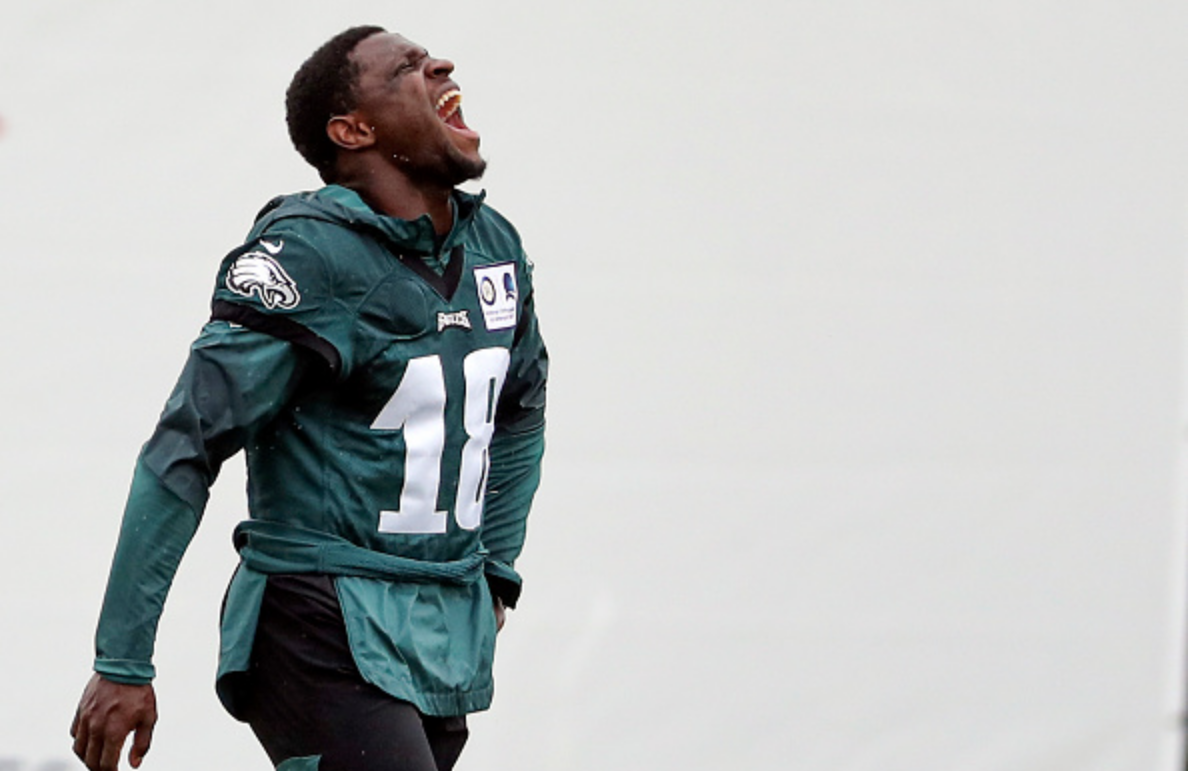 Getty Images: Jalen Reagor’s future with the Eagles is uncertain.

Geoff Mosher: “I sort of see [the Eagles] in the market for a Day 3 running back and specifically one that has a little size to him. Maybe not great breakaway speed because they’ve got plenty of that with Miles [Sanders] and plenty of that with Kenny Gainwell, so I don’t know if they need another twitchy, speedy guy. I think that they get themselves a guy like Jordan Howard but younger who can kind of give you those one or two yards on third and short if you need.”

Adam Caplan: “[Teams] will have interest in [Jalen Reagor], if they don’t have it already, because just checking in to how he’s looked at, you could certainly argue whether it should have been a first-round pick or not, but his college tape was very intriguing. I remember Greg Cosell liked him. He absolutely liked him, there’s no doubt about that. He just goes by the tape and he liked him, liked him a lot. But the fact of the matter is, it hasn’t happened for him for two years […] If they’re drafting the guy in the first round, that can’t justify having him on the team, he needs to be moved somewhere where he can get a chance to play and learn from it, and it didn’t work like they thought it would here.”

Mosher: “It seems like Andre Dillard should be someone you would think that they’d want to move before the draft to get a pick.”

Caplan: “I still think a third-rounder makes the most sense. We’ve talked about this now for nine months and it is amazing that multiple teams told me they called the Eagles and they didn’t want to move him. The way that one guy I spoke to … told me, he goes, ‘Man, in talks with Eagles they really value depth.’ Which again, totally smart, I understand that. But man they were like not even listening.”

Mosher: “If Jonathan Gannon’s gonna ask these guys to play a little bit further back in his zone looks from scrimmage then he needs some really good athletes to be able to get in there. Get to the hole quickly, get off blocks and make tackles. Even more so than they did in the past where, I’ll agree with you that they got away with the Alex Singletons because everything was funneled outside, they just needed rangy guys who can make the tackle outside the numbers. That’s not the defense they’re playing anymore so I think they need to invest like they did with Michael Kendricks many moons ago, in a second round linebacker.